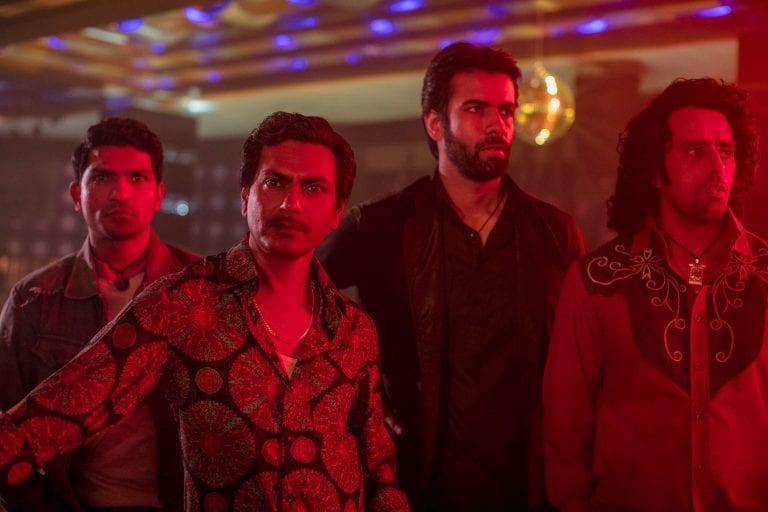 Sacred Games is the starting point where the real Indian gangster drama genre was introduced to the world. As we know, the show was amazingly popular within days all around the globe. It was one of the most popular shows of Netflix from the year 2018. Additionally, Netflix saw a huge rise in subscribers from India after the show.

It means that the show was accepted by the core audience from where it came out. We all knew that India has the potential to get such as show, and Netflix used that to empower its streaming platform for the Indian audience. Netflix has started exploring more in India, and they have made some more shows too, and Radhika Apte starer Ghoul can be taken as a strong example.

Moreover, India based shows are released in the Hindi language along with English, which feels more relatable for viewers. Amazon has also followed Netflix’s footsteps as they also released a similar show called Mirzapur. Although the plotlines are different, both the shows are based on local gangsters.

So, will there be a second season of Netflix original show Sacred Games? Well, the show has already been renewed for a second season by Netflix, and they even released a teaser for the next season. Take a look at it below!

Nonetheless, the release date is still not confirmed (confirmed release date at the end)! Netflix might make the show a regular season because it is based on a book, and they used a quarter of it in the first season. It means that the show will have at least four seasons to complete the book, or we can say the story!

The first season was released in July of 2018, and we can expect the next season in July of 2019. Hence, we will have to wait for another six months to see Gaitonde and Sartaj Singh back (updated release date at the end)! The next season is supposed to have eight episodes. Nawazuddin Siddiqui with Saif Ali Khan will be back as Gaitonde and Sartaj Singh, and the other supporting cast member will also be back!

The shooting was wrapped in February as the director of Sacred Games Season 2 posted on his Instagram account that ‘And it’s a wrap.’

We will see Sartaj(Saif Ali Khan)’s race against time to save Mumbai as he uncovers Gaitonde’s life. Guruji(Pankaj Tripathi), who was seen in a small role in the first season of the series will have a much bigger role in the second season. This is all the information and updates we have on Sacred Games Season 2; we will update you as we have more info.

Sacred Games fans are already getting excited as they are now getting at least something to talk about. We all knew from many statements that the second season is into production and even Saif Ali Khan was committed to the show. But now, Netflix has made a tweet which might be evincing a potential release date announcement date. First, take a look at the tweet!

The tweet is in Hindi, and it can be translated “check calendar, mark the date, something big is coming in 14 days.” Well, this looks like they are talking about Sacred Games, as it is the only show which has such kind of dialogues. Well, we are waiting for it Netflix, and it better be good. So, count 14 days from 19 March and keep waiting for the announcement.

It is roughly a week since we were asked to count 14 days. Still, no release date or further details have been provided. However, I am expecting that Netflix would have different plans for the show, as it even made another tweet with a mandala, which was surely related to Sacred Games season 2. The post is linked below:

Talking about the release date, there is no solid information about it. However, many sources are claiming that the show would be returning in July 2019. No official announcement has been made by Netflix, which is strange as they were very serious about the days they had given (updated details at the end). Nevertheless, we will have to wait and watch how things work out!

While Netflix keeps delaying more information about the show, they have finally rolled out some more material from the second season. The reason I said material because they have not uttered a word about the release date (updated details at the end). They released a teaser and three stills of new characters that are going to join the cast in the second season. Take a look at the post in which Netflix India’s Instagram account released the teaser.

Season 2 is coming. Put your chattris in the air. #SacredGamesS2

Finally, fans are going mad as Netflix has released a new trailer of Sacred Games season 2. This time, it is not just a teaser or a clip, it is full trailer where we can see all the major characters doing their best, and Pankaj Tripathi also looking like a saint, who keeps suggesting that sacrifice is inevitable. The trailer is below, which you can check out!

Pankaj Tripathi, one of the finest actors of India, is also featured, and it looks like he might be playing an antagonist role. Also, we now have a confirmed release date, which is on 15 August 2019. So, get ready to see more action, drama, and a lot more than what you have seen in the first season.