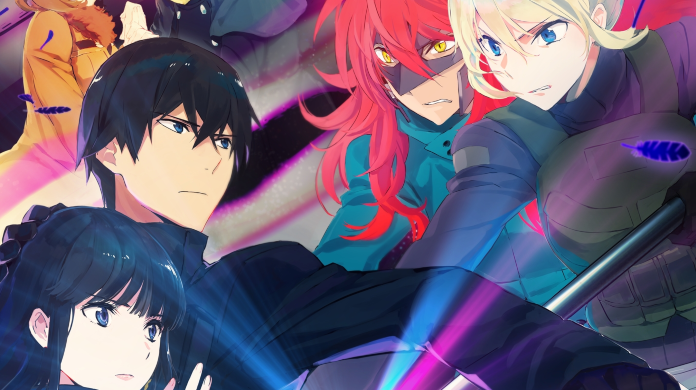 One of the long awaited anime from 2014, Mahouka Koukou no Rettousei is going to premier its 2nd season in the coming Ocotbers. The anime was kept the fans for too long and the with the constant change of the update, the premier date of the second season is now confirmed.

Mahouka Koukou no Rettousei aka The Irregular at Magic High School is a web novel series written by Tsutomu Satou a was published on Shosetuska ni Naro around October 2008 and March 2011. In July 2011, He made started releasing his work in Light Novel in Dengeki Bunko. The series got anime adaptation in September 2014 by madhouse and even got an anime film on June 17, 2017. The new upcoming second season is set to premiere on October 3, 2020.

The series is in a world that is set on a world where magic exists and has been enhanced as modern technology grows. Furthermore, magic users are determined by there genetics. After the 20 years long Third World War the world’s superpowers were divided into 4 nations: The United States of North America, the New Soviet Union, the great Asian Alliance, and Japan. And in Japan, the magic community is governed by the Ten Master Clan.

The protagonist, Tatsuya Shiba is a bodyguard of his sister Miyuki Shiba who is a candidate to succeed in the leadership of the Yotsuba Clan which one of the Ten Master Clans who governs Japan’s magicians. Together they enrolled in a First High School which separates students based on their magical abilities.

While her sister is enrolled as a first-course student who is considered as the best student Tatsuya however joined the second course who is viewed as magical inept. Tatsuya, however, has the technical knowledge, combat skills, and unique magic techniques and is best at it, which is why he is known to be the “Irregular in the High School”.

The main female protagonist of the Mahouka series and the Biological sister of Tatsuya. Miyuki is a beautiful girl and a modest well mannered pure young girl. She is quite popular among the male freshmen and females of Magic High. Even though she is the biological sister of Tatsuya she harbors forbidden love toward him and wants to have a romantic relationship with him.

Whenever someone looked down oh her brother instead of Tatsuya, Miyuki is the one who gets angry. Moreover, whenever girls crowd flocks around Tatsuya with advances she always gets jealous at that time. She has devoted her life to her brother ever since he saved his life from being shot in Okinawa.

Miyuki is very talented when it comes to magic and on her studies. She even went through a martial arts training like Tatsuya.

The main protagonist of the Mahouka series. Tatsuya lives alone with her sister in Tokyo under the Directer of the Yotsuba Clan.

Together with his younger sister, Miyuki he joined the National Magic University Affiliated First High school. He got accepted in the course 2 curriculum, which is also the initial kick of the events.

Tatsuya has an athletic as well as a sturdy body and extremely intelligent and analytic. Aside from his piercing gaze, he is often considered rather plain and for some, they see him as strict and a skilled person. He always has a stoic face on, hardly ever shows his expression. He has dark black hair with clear blue eyes. A bit different from her sister looks other than their eyes.

Angelina Kudou Shields is also the main female character of the upcoming season of Mahouka. She is the head of the USNA’s Magician Unit Stars and holds the Lieutenant Colonel rank. Her nickname is Lina instead of Angie.

She is yet another beauty who rivals the beauty of Shiba Miyuki. She has blond hair with blue eyes. Even if she acts as a polite and friendly personality she quite easy to get easily flustered with flattery and inquisitive questions.

Lina’s Grandfather is the younger brother of Kudou Retsu and she is a quarter-Japanese.

Erika Chiba is the classmate of Tatsuya and a third-year student of course 2. She is the youngest daughter of the Chiba Family. She was born at the time when her father’s legal wife was ill wich is one of the reasons she is had not been allowed to use the family name until her mother passed away and took the entrance exam of the High School entrance exam.

She is a young beautiful girl with short bright orange hair. She is rather a bright, optimistic girl and gets carried away easily. She has a pleasant attitude and can get along with anyone.

Katsuya is rather a big man with a height of 185 cm with buffed muscles. He is rather calm and usually a passive character with an honorable and dependable personality.

Kitayama Shizuka is a student of First High School and good friends to Tatsuya’s Group. She is in the members of the Public Morals Committee and often known as is called the Shadow Public Morals Committee Chief. Shizuka Kitamayama is the Kuudere character of the series. Her face and the way she speaks shows no emotion. But other than that she deeply cares for her friends.

Shizuku Kitayama is actually from the wealthy Kitayama Family and has a younger brother who possesses some measured amount of particle ability, but not close for true magic. On the other hand, Shizuku’s raw magic is quite extraordinary.