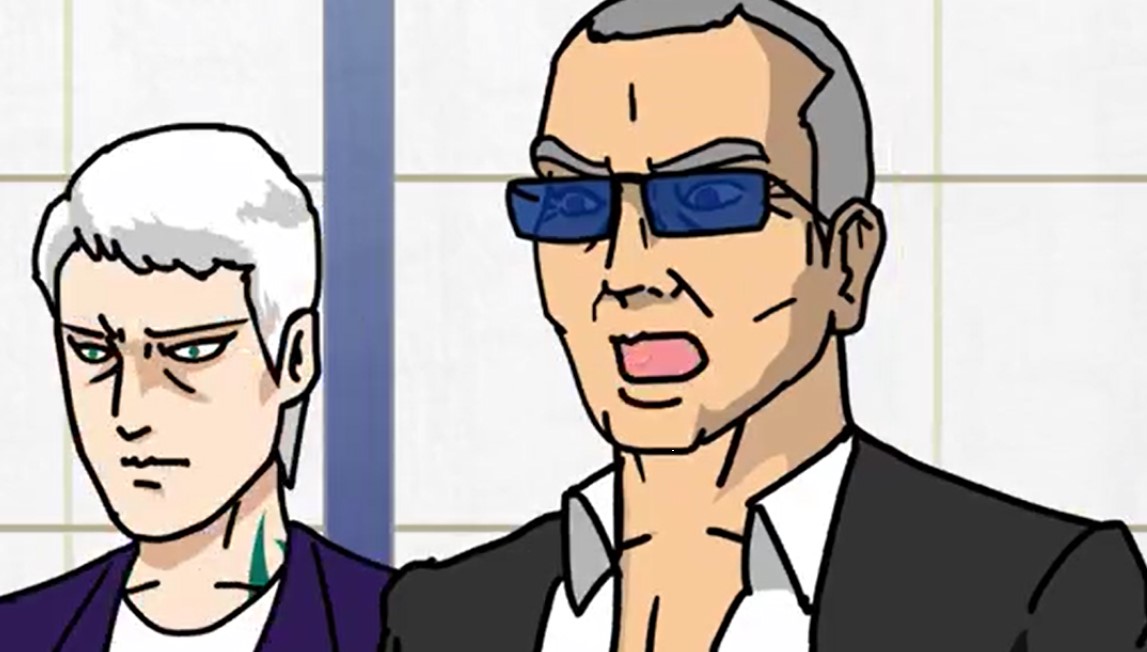 Soutou apologizes to a rent lady who refuses to hear him out since it has been six months without paying his rent. Yoshido asks the rent lady what she thinks of since Satou can’t get work due to coronavirus. The rent lady reply that he can’t just apply for one of the government subsidies. Soutou replied that they said small businesses in the world conquest sector don’t qualify. The rent lady replied that it is not her problem and if he doesn’t move out she will hold her patented 72-hour marathon naked dance festival.

She advises him to better pay what he owes by 6 pm tonight or he will see the worst. If he got late by one minute he is out the rent old hag left and Yoshida asks what is the plan. Yoshida said he will rather kiss the butt of the pig rather than watching the old hag dancing naked. Dr. Leo replies that they can try to rob the bank and raise the money. Soutou replied that he can’t do that he has already gone to the bank to set up automatic payments. He reveals that the teller lady strong-armed him into different terms deposits.

Himitsu Kessha Taka no Tsume: Golden Spell Episode 3 will be released on Monday, 19 October 2020, at 1:00 AM JST. The new episode of this Anime will be released every Monday. Take a look at the recap and preview below. 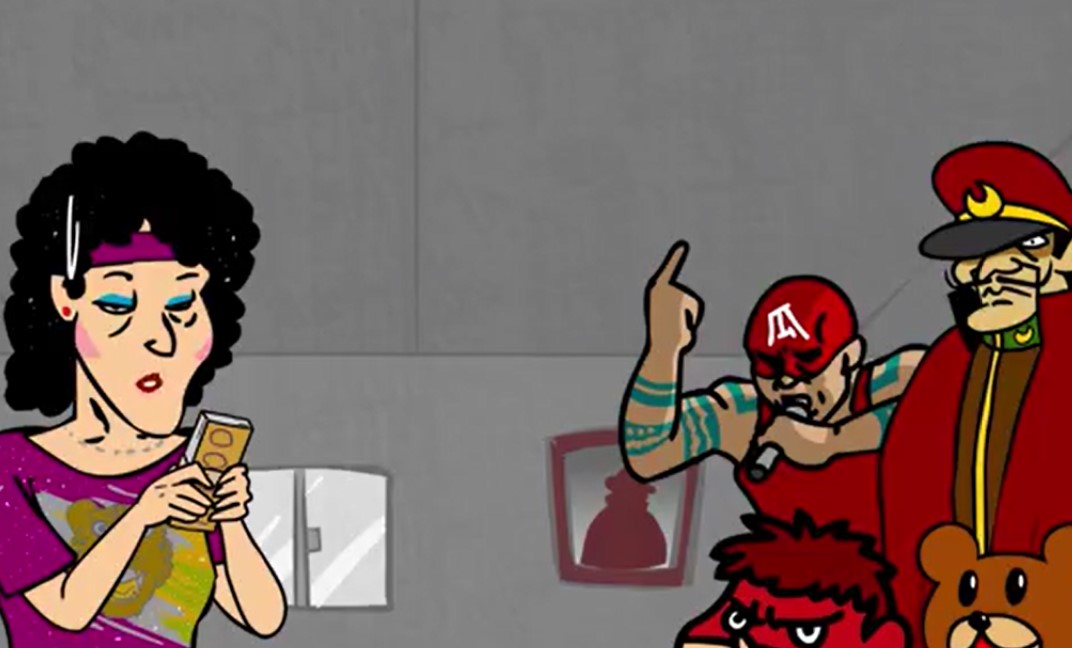 Leo asks why did he let her do that and Yoshida said they can make the Golden spell that will force people to give them money. Soutou said it is a good idea and he asks Leo to make one. Leo went to the computer and find out that the Golden Spell generator program is gone. Soutou asks him if he is sure and he replied that he saved them on cloud and all his lady-bear nudes are also missing. Yoshida told him to write a new program and who hosts his cloud.

Leo said that it is  Crotter and they decide to confront him. They both went to Crotter Inc and they try to full the security but it didn’t work. Crotter shows up with his guards while the security is taking out Yoshida’s crew. Soutou calls Crotter with his real name Kuroki and Crotter calls him Koizumi since they already met before. They told him that someone stole their important data that was stored in their cloud. Zaharu told them to tell the customer support.

After some explanation, they decided to help them and Kuroki reveals that Sugar stole the program. Leo decides to create an Anti-spell program but he needs some special ingredients. Kuroki helps Leo to find the special ingredients and to create an Anti-Spell program. Kuroki said that he creates an Anti-Spell he will pay him 1 million. While they are busy Kuozumi finds out that it is 5:40 and 20 minutes left for him to pay rent. Kuroki gave him 1 million and Yashida said they can pay rent now. He went to the old hag and pay the rent and she can’t believe it.

As of now, that is what episode 3 has revealed for us. For you to get more updates keep visiting it will be available as soon as a new episode is released.