Station 19 is a spin-off from Grey’s Anatomy that features the likes of Jaina Lee Ortiz, Jason George, Grey Damon, Barrett Doss, Alberto Frezza. The show has been created by Stacy McKee, and they did so with the hope that it’ll be close to what Grey’s Anatomy itself was.

When Station 19 began, it did so with a bang, and almost everyone was expecting a second season to drop, which is exactly what happened. Station 19 season 2 wasn’t half as good as the first season though. So what’s going to happen to the show? Is it going to end? Is a renewal of the show possible at this point?

Let’s discuss all that in this post. Keep in mind that it is possible for this post to contain spoilers. If you don’t want to be spoiled, I suggest you stop reading the post here. With that out of the way, we can finally continue. 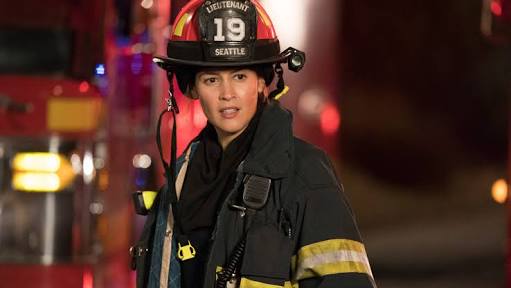 The biggest concern for Station 19 right now is the ratings. When compared to Season 1, they’re not as good, and that’s definitely going to come into play when we talk about a renewal. The ratings for Station 19 have gone down.

From what we know so far, the second season recorded a rating of .02 in the 18-49 demographic and 5.26 million viewers whereas the first Season stood at a rate of 3% in the demo and even in viewers.

ABC knows that the popularity of Grey’s Anatomy will greatly boost the chances of a successful show with Station 19, but the truth is, if the ratings aren’t as good, the show just won’t continue. For now, things are looking especially bad.

In my opinion, Station 19 might just be given one last chance, and ABC might try to boost the ratings by crossovers, and guest appearances. If that doesn’t work out, I don’t think there’s much in store for Station 19, and the show will end up getting canceled after all.

What are your thoughts on Station 19? Do you think the show should be canceled? Let me know your thoughts in the comments section!