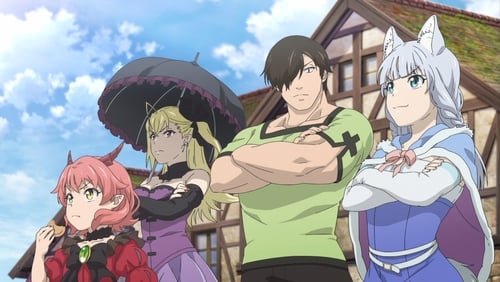 In episode 9 of Kemono Michi, we saw that our Panty Princess – Altena Elgard Ratis was finally able to find the location of Genzo. If you don’t know, Genzo is the hero summoned from another world to save the Elgard kingdom. So our queen entreated Genzo to fight the demon king. On the other hand, Genzo is already opposing the demon king. Besides this, the heir princess of Vampire Kingdom- Joanna and her friend Rose was training Macademian Ogre in order to control the Vampire Army as well as conflicting our heroes- Genzo.

We have a preview of the episode as well as the update in JST. Kemono Michi: Rise Up releases its new episode every Wednesday at 10:00 PM JST in Japan. We are also going to talk about where to stream Kemono Michi: Rise Up Episode 10 online on the internet while supporting the creators of the anime. This anime is produced by ENGI Studios.

Kemono Michi: Rise Up Episode 10 is going to release on 4th December 2019. Besides this, the title of episode 10 is “Money x Bonds.”

You will be able to watch Kemono Michi: Rise Up Episode 10 online on Crunchyroll, AnimeLab, and FUNimation an hour later after they air in Japan. As I mentioned earlier, the episode will air at 10:00 PM JST in Japan; you might be able to watch it online at 11:00 PM JST. You can also stream it for free on various streaming platforms, but we highly advise you to stream it on the official platforms only.