In this post, we are going to talk about Modern Family season 10 episode 11 where to watch, and spoilers. As we know, the last episode featured a lot of mess. Yes, I am talking about Haley and her pregnancy. She told her siblings about her pregnancy, and the effect was seen in the previous episode. The most worried person was Alex, who was trying to figure out what did she listen.

She could not believe initially, and then she panicked because she did not think she could keep it secret. Haley told everyone that she would be telling mom on Christmas Evening because their parents were supposed to go to Bermuda anyways. They made numerous attempts to tell Claire about it, but they could not find the opportunity. But in the end, Haley said the secret which excited everyone. So, let’s talk more about the upcoming episode ahead! 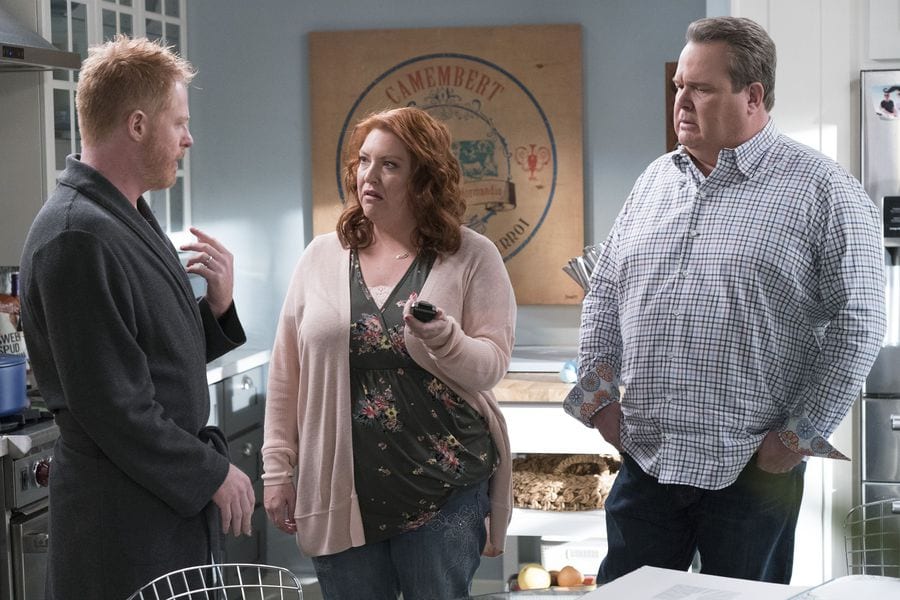 The show is now ten episodes deep into its tenth season, and the eleventh episode is due this week. The show will be back from its midseason break, and we are supposed to see the weird family again. The eleventh episode of Modern Family season 10 is all set to release on 9 January 2019. The show is broadcasted on ABC channel at 9 PM every Wednesday.

In the next episode, we will see Haley and Dylan all set to move to a new apartment as they want to get ready before the baby arrives. However, Claire and Phil do not think they could live by themselves. Additionally, we will see Pameron getting out of prison, which is too early. Now that means Mitchell will have business to complete with Pameron. We do not have a trailer for the episode, but we do have a video of a compilation of the promotional episodes of the next episode!