Onward is an up animated comedy film that is produced by Pixar Animation Studios for Walt Disney Pictures. This film is directed by Dan Scanlon, produced by Kori Rae from a screenplay written by Scanlon, Jason Headley, and Keith Bunin. The movie has a great premise and cast of characters, which makes it a movie to look out for. The movie’s update has already been revealed.

As for the cast, it consists of Tom Holland as Ian Lightfoot, a teenaged elf who is Barley’s brother and Laurel’s son. Chris Pratt as Barley Lightfoot, Ian’s brother, and Laurel’s son, who longs for a magical quest. Julia Louis-Dreyfus as Laurel Lightfoot, the mother of Ian and Barley.

Octavia Spencer as Corey, a manticore and restaurant owner who Ian and Barley go to for help on their quest. Ali Wong as Gore, a faun police officer. Lena Waithe as Specter, a cyclops police officer. Mel Rodriguez as Colt Bronco, a centaur police officer. 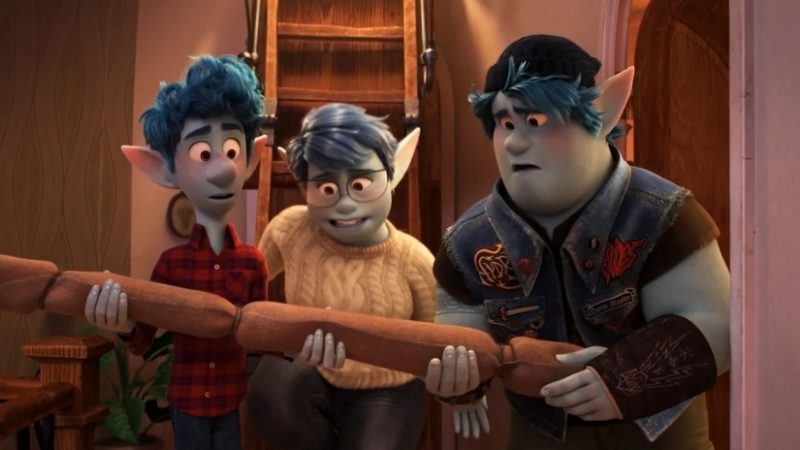 As for the story, the film takes place in a world that is populated with mystical creatures who can use magic. This world, however, where fairy tale was once the reality, is now losing its sense of magic. But using magic wasn’t easy for the people to master, so the populace instead turned to use science-created answers to get by using modern-day machines such as mobile phones and cars.

Two teenage elf brothers, Ian and Barley Lightfoot embarking on a quest to see if there is still magic left in the world. Their motivation behind it is so that they can spend one day with their father, who had died shortly before Ian was born, and when Barley was too young to remember him clearly. They received a magic staff as a gift from their father, prompted by Barley, Ian had tried to bring him back using a spell that will do it for 24 hours only for Ian to bring back just his legs, causing them to search for a way to bring back the rest of him before the 24 hours are up.