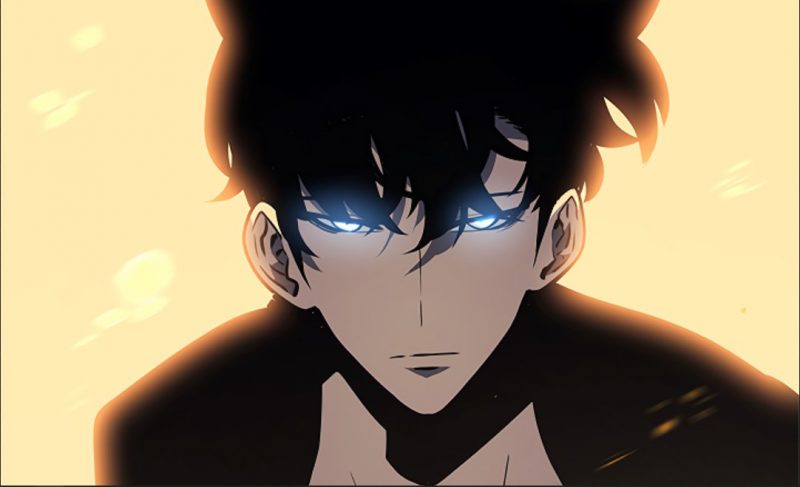 The long-awaited showdown is about to begin in the latest chapter of Solo leveling as the Ant King had finally crossed paths with Sung Jin-woo, and it had recognized his strength. This fight will broadcast all over as everyone else turned to their devices to see how the fight will end up. This manga had released its latest chapter on 5th February 2020 with the release of chapter 104. So in this post, we are going to talk about ‘Solo Leveling’ Chapter 105 update, raw scans, and spoilers. So if you don’t like the spoilers, you can skip the spoilers section.

The red ants swarmed around the ant king’s nest as it looks like situations have finally turned around this time. So Sung Jin-woo calls forth his strongest warrior and used the Hymn of the giants’ skill to deal with the ants that heavily outnumber him. The ant king only stood in awe as he could not believe that Sung Jin-woo managed to summon such a mighty warrior.  As things got worse for the ant king, he was thinking of fleeing the scene so that he survives.

“By any chance… Seong Jin-Woo Hunter-nim, you can utilize the powers of the deceased?” Jin-Woo simply nodded his head, once. Now that he found himself here, there was no more reason to hide his powers, nor did he want to mask it with lies, either. ‘Well, it’s not like these folks will fall for some random lies I cook up on the spot, anyway.’

Actually, he felt as if a load was taken off his shoulders now that he had revealed his powers to someone else. Other people might fear it, but to Jin-Woo, he’d feel eternally grateful towards this power for helping him get to where he was. Seeing that confident look on Jin-Woo’s face, other Hunters began to fear the extent of his powers. ‘Wouldn’t he become stronger and stronger as the battle becomes fiercer? What a scary ability this is….’

However, Baek Yun-Ho was privy to one more piece of secret info that others didn’t know. ‘Not only can his own powers continue to grow stronger, but he can also even control his vanquished enemies as his own summoned creatures. Wouldn’t that mean…..’ Hunter Seong Jin-Woo’s current level of power had already reached an unfathomable degree. Suddenly, the cameraman spoke up as if he remembered something just then.

Ah! Then the reason why you requested the camera to be turned off was that….” This power was capable of making the nation’s top Hunters scared. Anyone could’ve easily guessed the reason why Jin-Woo didn’t want to reveal such a power to the rest of the country.

‘Whew-woo….’ Her wounds were completely healed now. Jin-Woo patted the shoulder of Min Byung-Gu’s shadow. Jin-Woo guessed what kind of person Min Byung-Gu must’ve been when he was still alive, from the gentle eyes of the Shadow Soldier looking back at him, then slowly took his hand away from the shoulder, and then… ‘Extraction cancellation.’

When is the ‘Solo Leveling’ Chapter 105 update?

Solo Leveling Chapter 105 will be released on 12th February 2020. As this manga usually releases new chapters on w weekly basis. The latest chapter was released on 5th February 2020 with the release of chapter 104. So the upcoming chapter will not take that long to come out as we have already disclosed above.

You can find new chapters from the “Sololeveling” official website or from Kakao Page Magazine. So you can support the creators by buying the magazine. The Raw scans for the novel are released 2-3 days before their respective chapters and note that reading digital copies from official sites like the one provided helps with the Manga creators and its publishers, so we highly recommend that instead of using raw chapters.