What if you wake up one day and find everything changed completely. You go to your school, and there you find no clue of the presence of someone you dreamt of spending your life with. You need to know how did all that happen. Later, you find that you’re living in an alternate reality that omits your partner’s existence. Enjoy watching Sci-fi films? This is your story – The Disappearance of Haruhi Suzumiya.

The Disappearance of Haruhi Suzumiya is a 2010 Japanese animated drama film. It is based on the fourth Haruhi Suzumiya light novel of the same name written by Nagaru Tanigawa. Kyoto Animation produced the film. Fumihiko Shimo wrote it, and Tatsuya Ishihara and Yasuhiro Takemoto were its directors.

It all begins on December 16. Christmas is merely a week away. The SOS Brigade decides to throw a Christmas bash. Haruhi will be making a hotspot for others to enjoy. The aurora of December 18 marks strange stuff happening. Kyon goes to school and finds that Haruhi has gone missing. There are no aliens, espers, or time travelers anymore. To his surprise, Kyon discovers that he is the only one who still knows who Haruhi is. As he drops all hope and goes to the club room, he finds a bookmark with Nagato Yuki’s handwriting in one of the books. Trying to comprehend its mysterious message, Kyon goes out and seeks to find the key to changing the world back to how it used to be. 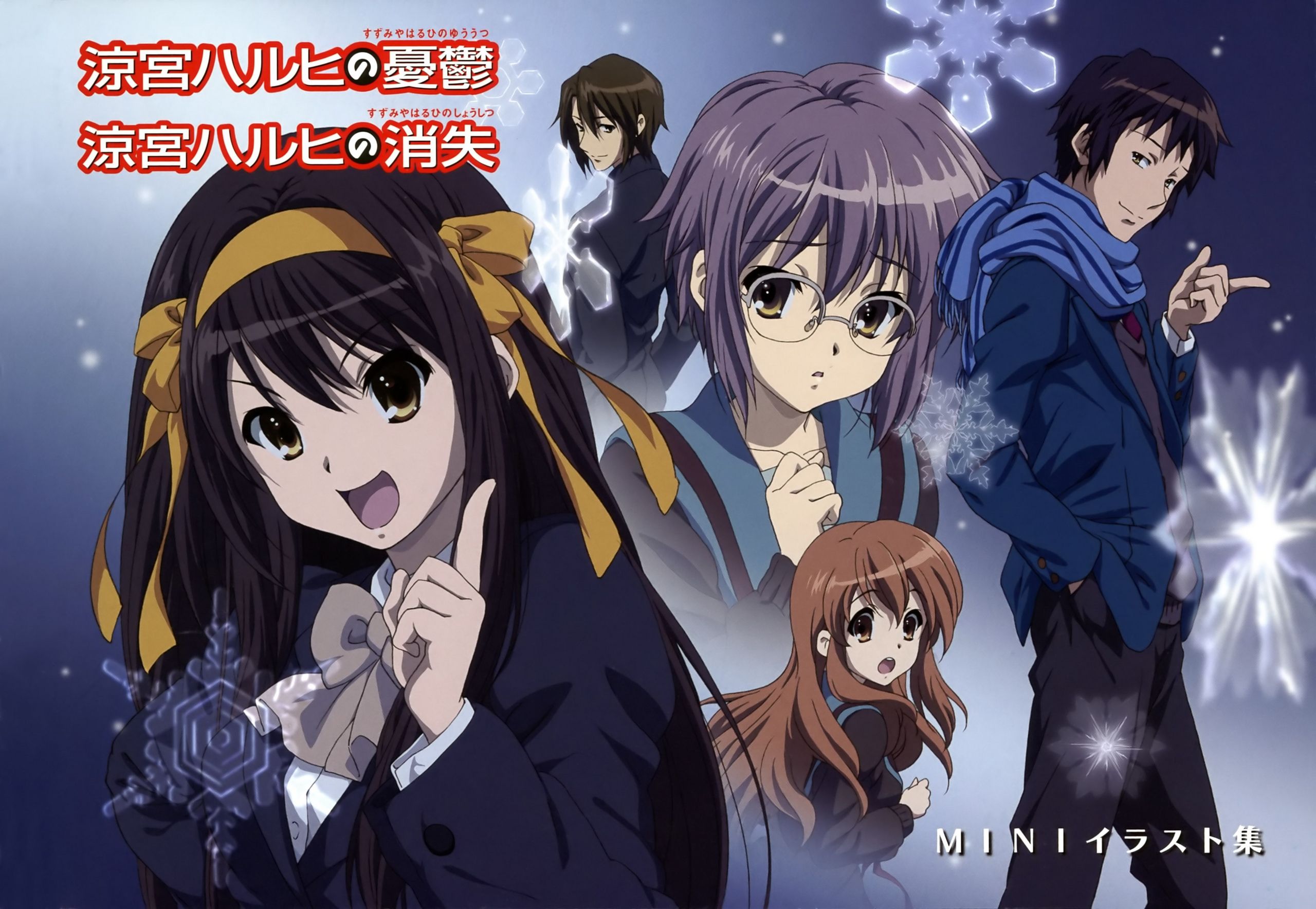 The story is, without a doubt, thoughtful. The plot we get here is extraordinary, including a tremendous plot twist in the midway. The measure of consideration settled into this whole storyline is done exceptionally well. This is very much evident in the plot summary of the film itself. It is intriguing and will engulf you automatically. The efforts put into the monologues are commendable. Especially at the end of the movie, the monologues are epic for real.

The only thing which bothered us in the film was the lack of characterization. It didn’t feel like there was an emphasis on personality development. We would have loved to see them a little more structured. Most of the characters weren’t given much depth on their own and in their relations. Besides, they never really felt like real people.

This is yet another highlight of the film. This movie centers on Kyon. He is our point of view, and once Haruhi disappears, all his motivations and interplays with other casts are entirely convincing. There comes the best part of his characterization when he begins distrusting himself if he favors the supernatural world that he always complained about or the ordinary life he wanted from the very beginning. His choice in that regard talks a lot about his personality.

Top-notch art and animation for sure! Nothing to slouch about the animation here. From the background art to the scenery, the quality is almost photo-realistic. There are loads of background movements and actions that breathe life into the whole movie. The way it blends with the context is nothing but mind-blowing. The music also is very well made and placed. Surreal and vibrant.