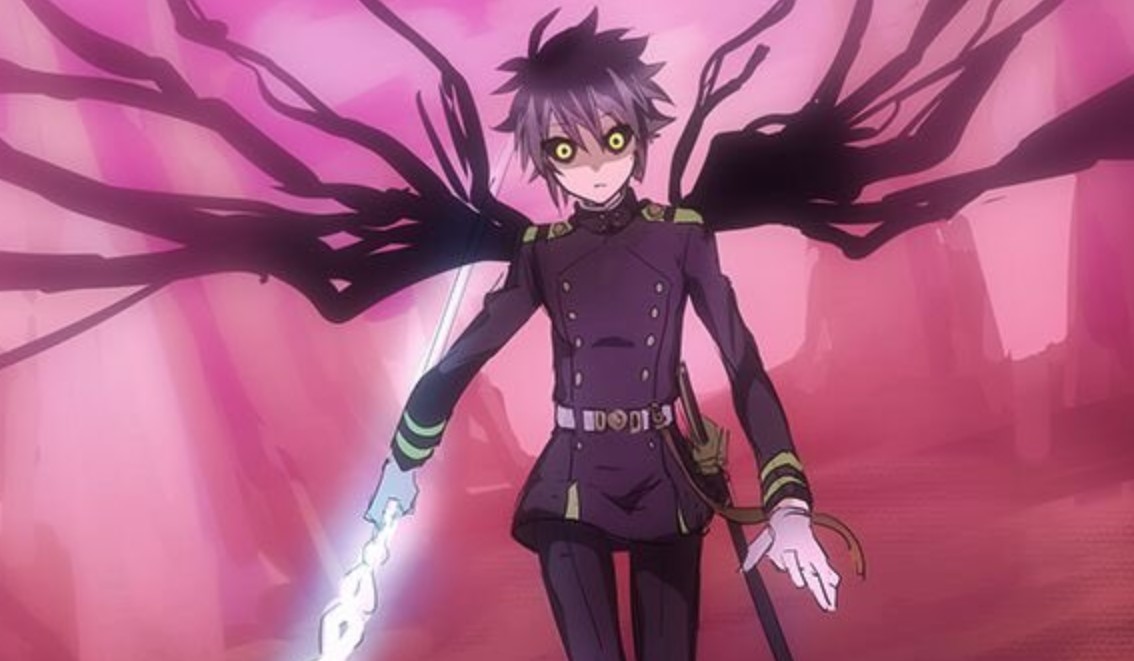 Crowley Eusford’s and Ferid Bathory combine their attack and attack the Urd Geale who is ready to fight them. Urd Geales manages to block the attack away from them and Crowley along with Ferid decided that they must try to retreat. Ferid is not convinced that they must retreat and Urd cuts him into half equal two parts.

This month’s post is about Seraph of the End Chapter 93 update, and a recap of the last chapter. The Urd Geales kicks both Crowley and Ferid into the sky where Ferid thinks deeply wondering if he could die that day. Allow me to take you to more updates of Seraph of the End down below.

Seraph of the End Chapter 93 update

Previously on Seraph of the End Chapter 92

Saito had no choice and he is forcibly kept under control by Ky Luc with Lest Karr. Leat Karr said that he disable Saito, then latter the Urd is warned through that they must not take Ferid for granted anything can happen. Ferid told Crowley to push him to the ground in a certain direction where he makes use of a Cursed Gear, Jigenso, using a Sinful Key to attack Urd who cuts off the arm.

Unfortunately, the key flies over to Crowley who attacked in Ferid’s place, forcing Urd and the others to retreat while Saito is laughing quietly in the background. Within a few minutes, they hear Mikaela Hyakuya’s voice crying in the pain of death which carries over to where Guren Ichinose, Mahiru Hīragi, and Noya Hima. Mikaela’s full name was revealed by Saito in the past.

Noya’s face started changing with fear as he tries to think more about what Guren and Mahiru planned to do. Mahiru said that all humans are looking for love. She told Guren to eat her desires and grow stronger. Meanwhile, Guren said that the death of vampire Mikaela will make him transform into a Black Demon.

Official Ways To Read Seraph of the End Chapters

The latest Seraph of the End Chapters is available online as soon as they are released on VIZ Media and Shueisha’s Manga plus official platforms. Raw scans for new chapters are released 2-3 days before their respective chapters are released. To support the Manga creators and publishers, we advise you to read the digital copies from their official websites and apps.