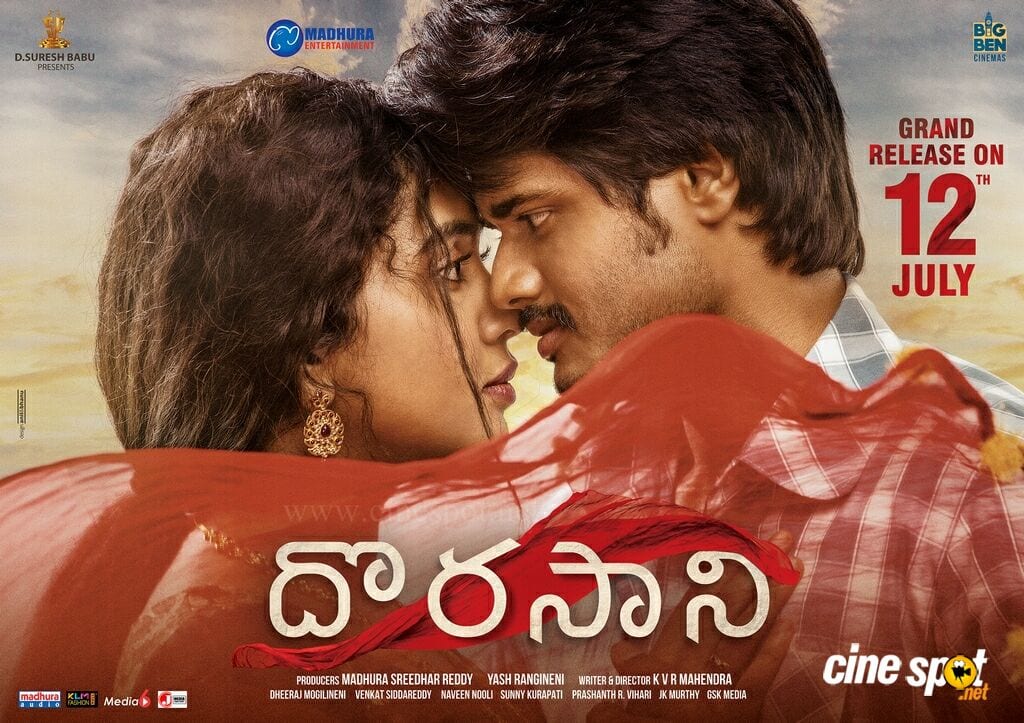 Before I begin with the review of the movie Dorasani, let’s go through the most important details. Dorasani released on July 12, 2019, amidst huge buzz that it had generated. The romantic drama film stars kids from Southern cinema. In the male features role is Vijay Devera-konda’s brother Anand Devera-konda and in the female feature role is Jeevitha and Raja-sekhar’s daughter Shivatmika. Both these lead actors made their debut in Dorasani. The film is also K.V.R. Mahendra’s directorial debut.

The story of Dorasani is set in the timeline of 1980’s rural Telangana. The actress Devika or Dorasani (Shivatmika) is the daughter of a landlord (Vinay Varma) in a village of Telangana. She’s treated no less than a princess who cannot move of her Gadi or her residence. No one dares to lay an eye on her and if anybody dares to touch her, they are met with harsh behavior.

Because it is a romance story, Raju (Anand Devera-konda) hails from a poor, lower caste family who paint houses for a living. It is during the Bonalu celebrations at the residence of Devika that Raju notices Devika and falls for her beauty. He is enchanted by Devika’s beauty and he begins to write and dedicate poetry to her. Devika has the same feelings for him, as well. They fall in love and Raju takes her out of her Gadi for the first time ever. Soon enough, the landlord notices them and thus the plot twist kicks in.

The director has done a remarkable job with his style of poetic cinema making. The sets, the mode of living, transportation, state of technology and the rest seems ro perfectly resonate with the time period of the 1980s. Cinematographer Sunny Kurapati has captured the essence of the 1980s as well. So if you’re planning to catch this movie this weekend, please go ahead.