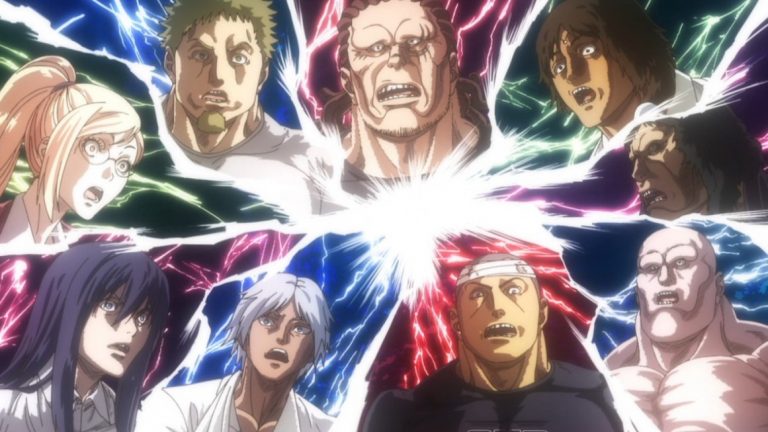 The battle is on inside Kengan Association two fighters are already down from Kengan side. The Purgatory fighters are dominating the tournament as they have already won two fights. We are now in the third fight where the two monsters are about to collide. New Zealand treasure of musculature Toa Mudo vs The bulk monster from Germany Julius Reinhold. They are both superhuman monsters.

The fights between heavyweight will start soon with, Toa Mudo weighing 214kg and 208cm. Julius Renhold weighing 210kg and 205cm tall Toa is in the advantage of weight and his height. Our special guest referee is Shima Alisa and two commentators Jerry Tyson and Kata-Hara Sayaka. Let’s see down below how will the heavyweight clash.

We are now in the third battle in a row, so allow me to hit you with the latest development of this Manga here. This post is about Kengan Omega Chapter 73 Release Date and a recap of the last latest chapter. Since the spoilers of chapter 73 are not yet released, let’s get to more updates and details below.

Kengan Omega chapter 73 will be released on Thursday, 20 August 2020. Every Thursday new chapter of Kengan Omega is released every. Keep in mind that the chapters of this Manga sometimes get delayed or go to a weekly break. Let’s move to other updates below.

Julius is ready to charge facing Toa Mudo who is spreading his arm showing his opponent to come to papa. On the stand, Naru-Shima Koga appears and asks Kazuo if he can watch the match beside him. Tokito Ohma replied that he can and Kazuo introduce Shima to other fighters. He told them that Naru-Shima Koga is his part-time worker Misasa also told him to feel free to watch. Naru-Shima Koga told Ryuki that he has to win his next match.

Shima Alisa announces for the match to begin both fighter charges towards each other. They block their punches and they have shaken the ring. The fans are witnessing the fight they have never seen. They are both exchanging powerful heavy blows quickly. Jerry Tyson and Kata-Hara are surprised holding the mike so tight, what a fight from two heavyweights.

Both fighters know that they have already fought each other before and it won’t be easy to take one another down. They keep on throwing heavy punches that can take one down in a second. The battle is 50/50 and they are all at their best showing their tough strong muscles. The battle continues in the next chapter.