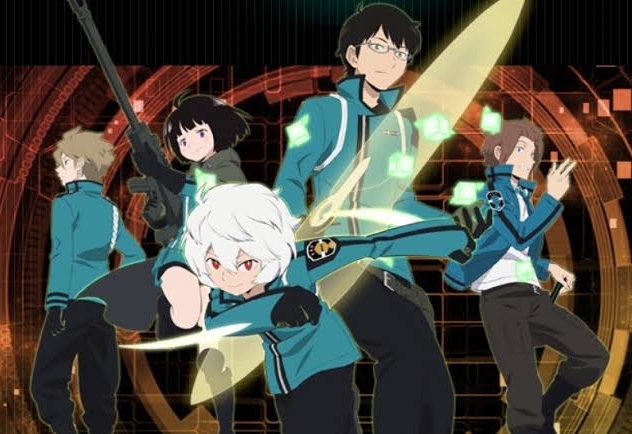 The rank promotion battles round 7 continued on the latest chapter of World Trigger Manga. Where squad Tamakoma 2 ended up exhausting their tactics with their major move ending up as a backfire. Tamakoma 2 initially tried to back up Hyuse as he was surrounded and finally came up with a sacrificial move. That, if successful, would get them a maximum of 4 points but at the cost of Hyuse’s life. Unfortunately, everything backfired when Tonokoa sniped them through a water tank. This almost took out Kuga and Chika, But thanks to Kuga’s intervention at the final moment as he activated his shield.

Chapter 188 ended up with Hyuse cornered in an inescapable situation. And on top of that, he was handicapped, having lost one leg, and one of his hands was not in good condition as well. Viz media officially indicated on their website that Chapter 188 will be released in 6 days, and that would make it on the 3rd of December 2019. So this will see the continuation of round 7 and finally reveal to us how Tamakoma 2 intends to get out of their impending doom.

World Trigger follows the story “Border” agency in Mikado City, which is responsible for the protection of the earth from the “Neighbors,” monsters from a different dimension that randomly appears on earth and cause rampages. Mikumo Osamu is a border agent trainee who helps fight the neighbors through Borders’ technology known as triggers that gives them a tremendous strength. When a transfer student by the name of Yuma Kuga becomes a transfer student who later joins Osamu’s team and in their fight to protect the earth from the Neighbors.

World trigger Manga began its serialization in February 2013 under Weekly Shonen Jump; Jump Square later adopted it from December 2018 to date with a total of 20 volumes published. According to the VIZ official website, the World trigger releases 2 Chapters once every month as updates could be due to change.