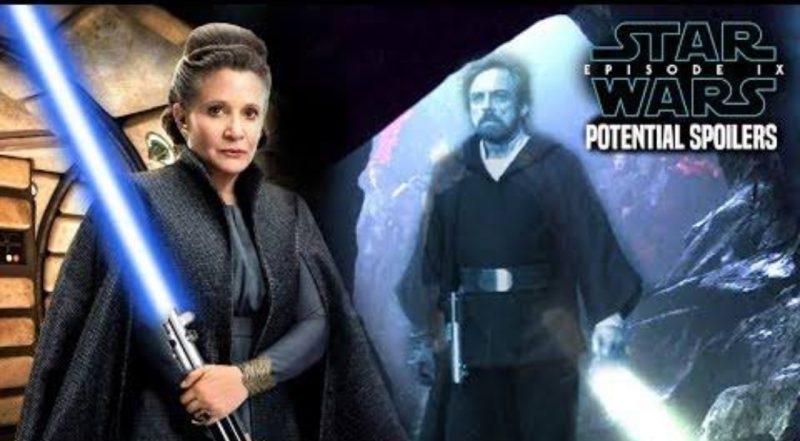 Lucasfilm and Disney together have released footage from Star Wars: The Rise of Skywalker. However, this is not the first time; they have been releasing spoilers at TV spots throughout the Thanksgiving holiday. This time the latest footage shows Leia with a Lightsaber. Now, the question arises that why is Leia holding the lightsaber? There is no clear indication to answer that question; we might have to wait until the movie hits the theatre.

The mystery behind the scene

Hopefully, we can say that she is not preparing for a Jedi lightsaber battle just because she is holding the weapon. The scene is assumed to belong to a part where Rey was training in a similar forest Setting. There are rumors around that the movie might be opening with flashbacks of Luke and Leia’s training on the Forest Moon of Endor. Leia leaves her Jedi training in order to take care of her son Ben Solo.

Although the footage reveals that there will be scenes of Leia and Ray training together, people have also heard rumors that Leia might be replaced after some reason reshoots. It is not possible to come to a conclusion about how exactly Leia will play out in the movie. However, the only thing we can say is that Leia will be holding a lightsaber at one point. We were not even aware of the scene until the moment was revealed in the official cinematic canon.

It is also believed that the footage is actually from a scene of The Force Awakens, which was portrayed in the original trailers. Maz Kanata has been shown to pass the lightsaber hilt to Leia. However, it was kept a secret in the Blu-ray release. Now, they have tried to take the story back like it has been told here.