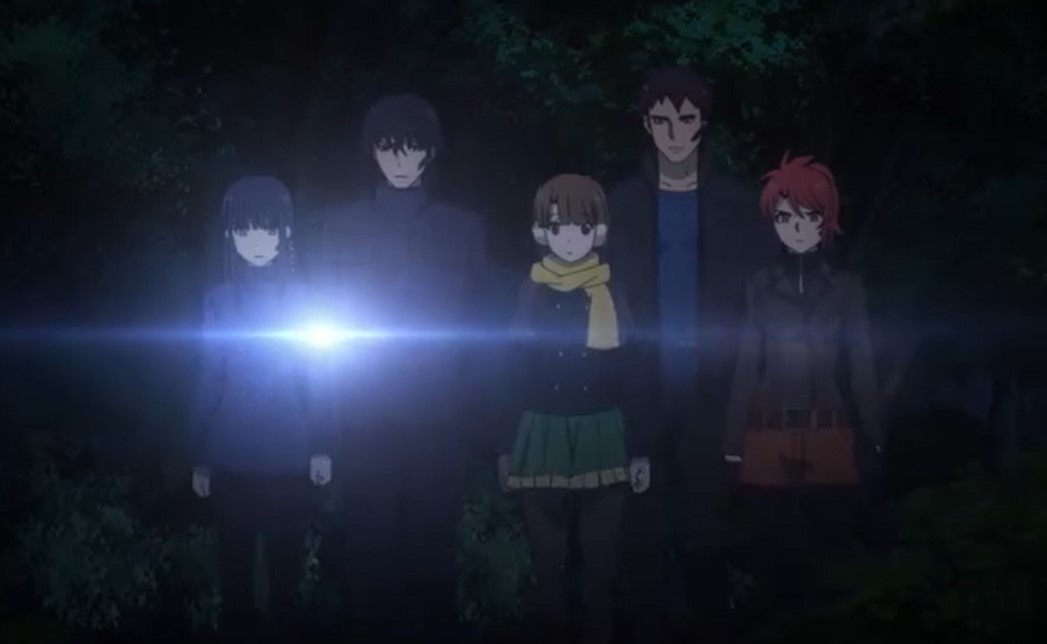 Angie is walking at school she comes across Tatsuya and she asks him if he has heard. Tatsuya replies yes and she said she is not going to be his friend. Tatsuya told her that he knows they live in different worlds. They both pass each other and head in a different direction. Later in the evening, Yotsuya is with Pixie, Miyuki, Erika, and Leonhart are walking in the woods. As they are moving forward, Mitsuki tells Tatsuya to stop.

She reveals that she can see a parasite aura 30 degrees to the right of the direction Tatsuya is moving. She also said that she can see them too referring to three humans who are walking on the other side. She reveals that it is two men and one woman. Honoka said that the girl in a mask is approaching the parasite from the opposite direction. Honoka and Mitsuki are communicating with Tatsuya and others using communication.

The girl in a mask is Angie in disguise she reached where the villains are and started to exchange attacks with them. Meanwhile, Tatsuya and the crew are on the way. Angie in disguise said she has come to Japan as one of the strongest magicians in the world. She realizes that last time one-on-one with Miyuki ended in her defeat and also suffer a total defeat to Tatsuya. She then decides that she will carry out the role of Sirus the star’s commander. She manages to overpower one of the two men.

But the second one fires a bullet and she doges it by kicking the chest of the man in front of her and move backward. While she is on the air the other men decided to take advantage and wanted to finish her. Erika, Tatsuya, and others show up and Erika kills the man in a single slash that was about to kill Angie. Tatsuya kills the women and Erika stabs the last man on his back putting him to sleep. Tsuya removes the parasite using his powers and sends it to the location where Mikitso is to seal it.

They manage to get two parasites and the other one manages to escape and he asks Miyuki if she can locate it. Miyuki said she can because of where she is since it is too far. Tatsuya confronts Angie for interfering with the third man before they get the parasite that escapes. He told her that next time she must do anything to the bodies after they have finished sealing the parasite.

As of now, that is what episode 11 has revealed for us. For you to get more updates keep visiting it will be available as soon as a new episode is released.