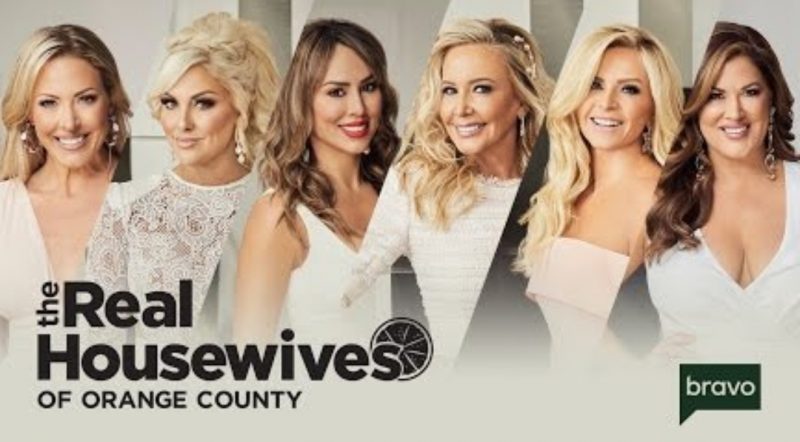 In the first episode of Real Housewives Of Orange County, we were shown Braunwyn dancing with Tamra Judge, another housewife. As the environment got wild, she kissed Tamra, showing that sometimes they also prefer having threesomes with her husband. Fans found it interesting. However, former Orange County housewife Vicky Gunvalson didn’t like it that much.

Vicky was seen holding a grudge against the new housewife, Braunwyn, and she highly criticized her actions and referred them to be inappropriate. She further called Braunwyn as trashy and classless for kissing another woman. Fans were shocked, and they also noticed that Vicky didn’t say anything to Tamra, Braunwyn’s kissing partner. Now, the question that fans raised was that, why has Vicky been so furious at Braunwyn when Tamra has done the same act so many times and yet received no nagging from Vicky.

Fans kept on pointing out that Tamra has been naked in the show and yet Vicky would only target Braunwyn and call her trashy. Fans began to suspect Vicky as homophobic, because the show has portrayed men and women getting closer, then what is wrong when a woman kisses another woman.

Fans have only blamed Vicky for the incident as she was the one who uses such statements against Braunwyn. Fans have called her to be judgemental and are wondering if she wants women to kiss each other only behind the camera and not in front of it. The show can be watched on 26 December, on Bravo.

After facing such fury from the fans, we have not yet received any comment from Vicky; we can expect that Vicky will be taking care about such sensitive topics from next time, lest she should be categorized as homophobic and the fans would start to hate her.