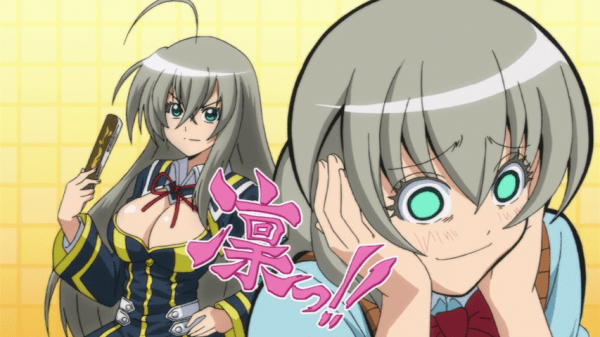 Good Luck Girl is an Anime, also known as Binbō-game ga! In Japanese. The anime is centered around a girl named Ichiko Sakura who is a 16-year-old high schooler who has always been happy-go-lucky throughout her life. If you ask me, it’s kind of similar to the movie Just My Luck starring Lindsay Lohan. The genre of Good Luck Girk is a Japanese comedy manga series created by Yoshiaki Sukeno. It was serialized in Shueisha’s Jump Square magazine between the years July 2008 and August 2013 issues.

Sunrise made an anime show over it in the year 2012. The series aired in Japan on Sunrise TV between the year July 4 to September 2012. Ichiko and Momiji are the two main characters of the anime Good Luck Girl. The anime is directed by Yoichi Fujita for TV and Written by Taketo Shimoyama. The anime has 13 episodes in total.

Ichiko Sakura learns that her body possesses an extraordinary amount of Fortune energy. This fortune energy is drawn by Ichiko Sakura from her surroundings and it, in turn, causes the world to fall out of balance. The plot twist is when the God of Misfortune who’s named Momiji is sent to the human world to target Ichiko. He steals her Fortune energy in order to rid the world of this out of negative balance energy.

This fortune energy blesses upon Sakura an extraordinary amount of beauty, high intelligence, wealth and health. The boys in her high school adore her but the girls in her class loath her. Sakura is a sweet 16-year-old who doesn’t feel the need to show off her energy on a daily basis. She has been given a magical item by Bobby known as the Somin Shōrai which can transform the fortune energy into Chinese-zodiac version of stuffed animals.

Ichiko’s Fortune energy also comes with a boon. It can be given to others who are in danger in the nick of time in order to help them. The theme song is Make My Day!” by Piko. The ending theme is Koi Bodo by Happy Birthday. The series was released by under the title Good Luck Girl! on Blu-ray/DVD combo pack on November 19, 2013.

Since then, fans of Good Luck Girl have been wondering when Season 2 comes out. Fans found it funny and hilarious. While Season 2 of Good Luck Girls remains hanging in thin air, we’ll update you as soon as we hear more.