Ray Donovan Season 7 Spoilers: When Will The Show Return?

Ray Donovan Season 7 Spoilers: When Will The Show Return?

Ray Donovan recently wrapped it’s Season 6 with a bang. We saw how the Donovan family moved from Los Angeles to New York. If you are one amongst those wondering whether Ray Donovan will come back for another run, my answer is an official, one hundred percent yes. Ray Donovan has already been confirmed by the showmakers to be up for Season 7. First off, let’s discuss Season 6 finale episode. (Must warn you of spoilers at this point in time).

Well, first off, after the Donovan family moved to New York, it gave Ray a whole bunch of problems and a new life to the rest of the Donovan family. Ray, as you know began Season 6 by contemplating suicide. We saw him jumping off a building into the East River. He then was saved by Sean ‘Mac’ McGrath (portrayed by Domenick Lombardozzi). 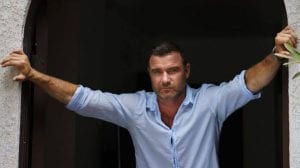 Next up, Ray stayed for some with Mac after which they became good friends. It was only after Ray recovered that he ended up canceled into his old ways by Sam Winslow (Susan Sarandon). Her purpose was to make sure that this Anita Novak becomes the next mayor and that current mayor Ed Ferrati (Zach Grenier) wasn’t re-elected at any cost. So that’s that, but let’s discuss Season 7, shall we?

The Donovan family all came back together, in the end, Ray had a chance of heart when he seemed to realize that his father, Mickey might not be that bad after all. Getting Ferrati re-elected to put an end to Anita Novak’s bid for mayor may be the next plot twist in store for us. We’ll also see Mickey back to prison as part of the deal to keep Bunchy out.

Ray also placed a call to Dr. Amiot a call about his readiness to talk. I’d want to see Alan Alda return to work with Ray to provide him the help he needs. Maybe, Bunchy and Daryll (Pooch Hall) will mend themselves. Those are all the plot spoilers that I can think of. Ray Donovanfor the seventh installment remains unannounced as of now. More as we have it.