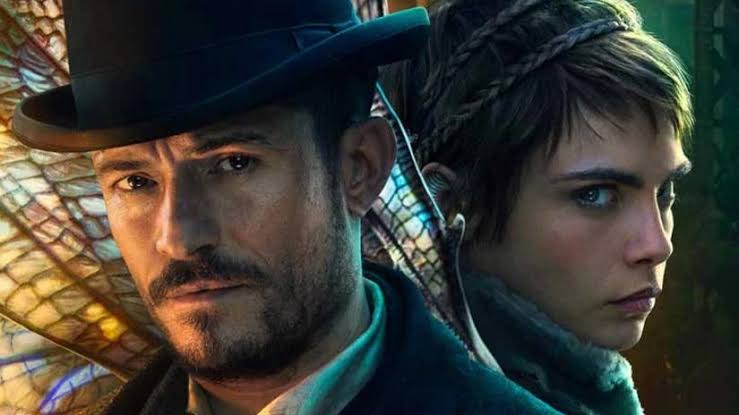 Carnival Row is a neo-noir fantasy drama series that is streamed on Amazon Prime. The series is an Ambitious project for Amazon, which provides a perfect blend of mythological elements and classic environment for the viewers. René Echevarria creates the show. Travis Beacham and Jon Amiel serve as the director of the fantasy drama series.

The series introduces us to the Victorian mythological creatures who emigrate from their war-torn home to a safe settlement called, ‘The Burgue.’  These mythological creatures are known as ‘crech,’ and they struggle in The Burgue, face racial discrimination, suffer oppression from the upper strata of the society and co-exist with the human neighbors.

Though the series is set in a fictional landscape, it highlights the contemporary issues plaguing modern society like racism, class divisions, immigration, and sexual identity. Viewers can behold the divine partnership of fairies and other mythological creatures to fight together against ‘The Pact’ in the fictional Battleground of magical realism. The series has run a successful Season 1, and the arrival of Season 2 is just beginning to excite the fans and critics alike.

When is Carnival Row Season 2 update?

Carnival Row Season 2 is expected to release in Amazon Prime on August 2020. We will keep you posted with the latest developments.

What is Carnival Row Season 2 Trailer?

The trailer of Carnival Row Season 2 is still awaited. Meanwhile, you can enjoy the Season 1 trailer here-

What is Carnival Row Season 2 Plot?

The series is set in the fantasy world, resembling the classical Victorian era. We find a group of imaginary creatures seeking refuge into a metropolis called ‘The Burgue’ fleeing from their war-torn homeland. The Burgue is the city that has supported fae, a collection of fairies who lived in their native country Tirnanoc.

Finding a safe haven for survival and growth, the population of the mythical refugees started to compound and multiply, which forced them to face native human resistance. The matter turned complex when a series of murders shriveled the fragile mask of existing peace among the residents.

The Burgue is threatened by The Pact, a group of powerful states who started to hunt fairies down and gain control over the native fairy home, Tirnanoc.

As a result, many fairies immigrated from their homeland and started to settle in Carnival Row, which is an enclave located on the South Bank of the Beorn River in The Burgue. This Carnival Row is the home of immigrants like the fae.

We also witness a magical love story emerging out of the fantasy series. Vignette, who is a fierce fae, falls in love with Philo, the Detective of the city during the epic war. Despite their characteristic differences, the duo joins hands to fight the common enemy who threatens to tear The Burgue apart.

The series lets us visualize how serial killings and interspecies tribes amalgamate together to produce a combo of excellent narration and a surreal masterpiece. Season 2 of the series will continue to explore the more profound mysteries of The Burgue and its inhabitants. Moreover, we have only reached the tip of the iceberg as far as the mysteries of the serial killing are concerned.

Who is Carnival Row Season 2 Cast?

Carnival Row is blessed with an able crew of dedicated actors and artists. Among the lead actors of the fantasy series include Orlando Bloom, who plays the role of Rycrott’ Philo’ Philostrate, a Burguishman Detective. Orlando is well known for his performances in ‘Lord of the Rings’ and ‘Pirates of the Carribean.’

Cara Delevinge performs the role of Vignette Stonemasons, a refugee fairy who knows a dark secret of Philo, which can threaten his ‘serial killings’ case presently under his investigation. Cara is famous for her role in ‘Suicide Squad.’

Simon McBurney plays the role of Runyan Millworthy, a queer traveler and showman who performs with a troupe of weird creatures named ‘Kobolds.’ We also find David Gyasi playing the role of Agreus, a fawn who is strangely wealthy and moves into the elite human neighborhood against social strata.

Other members of the cast crew include Indira Verma as Piety Breakspear, Arty Froushan as Jonah Breakspear, Karla Crome as Tourmaline, among others.