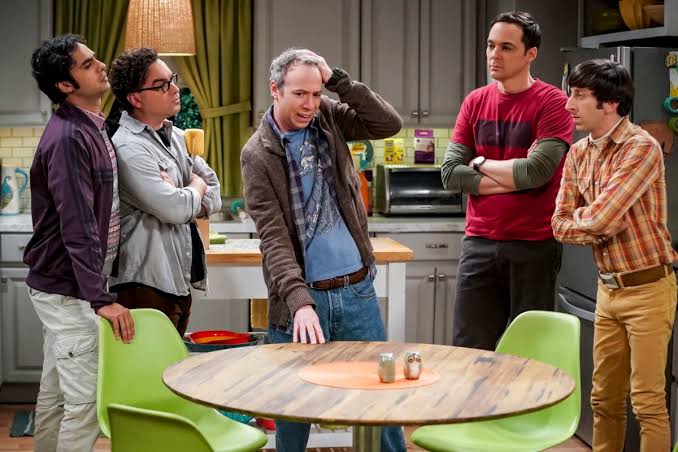 In this post, we are going to talk about The Big Bang Theory season 12 episode 17 where to watch, and spoilers. But before doing that, we would like to take a brief recap of the previous episode to stay in the loop. Therefore, the following paragraph will contain spoilers from the last episode, so those who have missed it should skip it to stay away from spoilers.

The last episode did not have any progress in the main storyline, so those who have not watched it, have not missed a lot. It would not leave you without knowing any major change in Anu and Raj’s relationship or anything related to super-symmetry. But do not think that it was not entertaining, because there were plenty of things to enjoy. First of all, it was full of guest stars including William Shatner, Kareem Abdul-Jabbar, Kevin Smith, Joe Manganiello, and Wil Wheaton playing themselves. Amy and Sheldon got a chance to go Wil Wheaton’s show to talk about Super-asymmetry and everything revolved around it. So, let’s talk more about the next episode ahead!

The show is now sixteen episodes deep into its twelfth and final season, and the seventeenth episode is due this week. The seventh episode of The Big Bang Theory season 12 is scheduled to release on 7 March 2019. The show is broadcasted on CBS channel at 8 PM every Thursday. The next episode is titled ‘The Conference Valuation.’

The show can be watched online too, using CBS app which needs existing TV subscription details to log in and watched any of the CBS shows. Also, there are many online streaming service providers such as Hulu, Roku where viewers can stream CBS channel at the mentioned time.

The next episode will feature Penny and Bernadette going to San Diego for a pharmaceutical sales convention. However, the main concern will be Wolowitz who will be taking care of the kids. Not just that, Sheldon will be trying to find a book to do some experiments on the kids. So, it would be a fun episode to see what do they do to kids and I hope they will not harm them. Take a look at the trailer of the next episode!