Agree or not, the 90s were the golden era of big action movies that are appreciated even today. From ‘The Hunt for Red October’ to ‘The Matrix,’ action movies are the genre which can never go out of style, as we can never get enough of it. Almost thirty years have passed and everything has evolved a little too much, especially the action movies of the current time which are crafted in such a way to sell out multiplexes. However, nothing beats the charm of the 90s action movies— starting from the cool gunshots, one-liner dialogues, to the car explosions and chases.

Here are the top ten action-notch movies of the 90s (1990-1999) which is a must-watch for generation Z people as well who are into action and thrillers. Have a look at it.

Set six years after the events of the revived sequel of the original television series going by the same title, ‘Mission: Impossible’ is the first movie in the film franchise. The story is about Ethan Hunt, the U.S. government operative and his master, Jim Phelps who go on a secret mission together but unfortunately, Jim gets killed and Ethan ends up being the prime suspect of the murder. Hunt escapes from the cell and hires a brilliant hacker named Luther Stickell and a pilot, Franz Krieger who must help him get into a strongly guarded CIA building that contains a confidential computer file and thus prove him innocent. 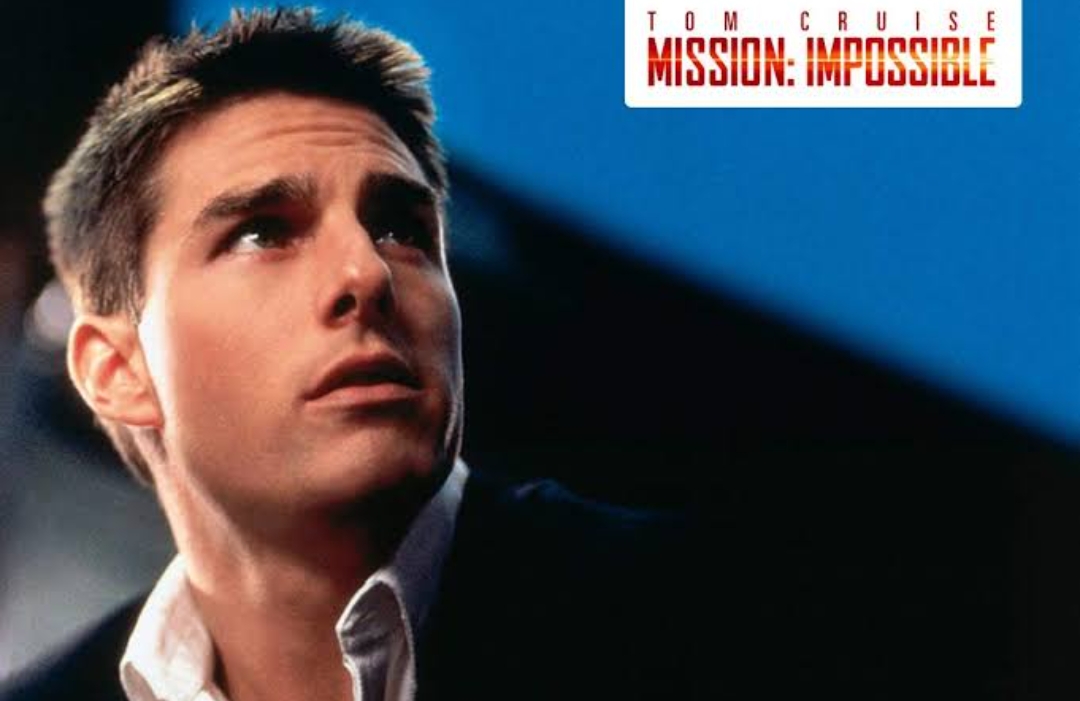 The movie has several shining parts, with the acting, action and the twists and turns involved being the highlights of the movie, that can get the viewers on the edge of their seats. The unpredictable and suspenseful scenes are endearing and this is probably the best movie in the entire Mission: Impossible series. The movie is available to watch on many streaming platforms including Prime Video and Netflix.

The story centres on a team of former special operatives led by Deirdre, who has been appointed to steal a strongly guarded, valuable briefcase, whose contents are no less than a mystery. The team comprises of an ex-intelligence officer, Sam, along with Gregor, Vincent and others. However, during the process, a number of team members shift loyalties and no one seemed to be trustworthy. The members of the team need to complete their task while keeping a watchful eye on others within the team. The movie is available to get streamed on several platforms including Netflix and Prime Video.

The movie has been appreciated by the fans as well as the critics for it’s realistic and magnificent road and car chases in Paris and Nice. The complicated plot full of unexpected turns has been handled pretty well created by the mysterious briefcase as a MacGuffin. It is a fast-paced heist movie, with wonderful action sequences and strong acting performances by the lead actors.

Set during the late Cold War era, the movie involves the desires of a rogue Soviet naval captain, Marko Ramius to harm the United States with the help of an advanced and innovative stealth technology-made nuclear missile submarine of the Soviet Navy, known as ‘Red October’. His motives have been deduced by a CIA analyst, Jack Ryan but he needs to prove his theory with proper evidence to the U.S. Navy before the American navies and the Soviet confront each other violently. 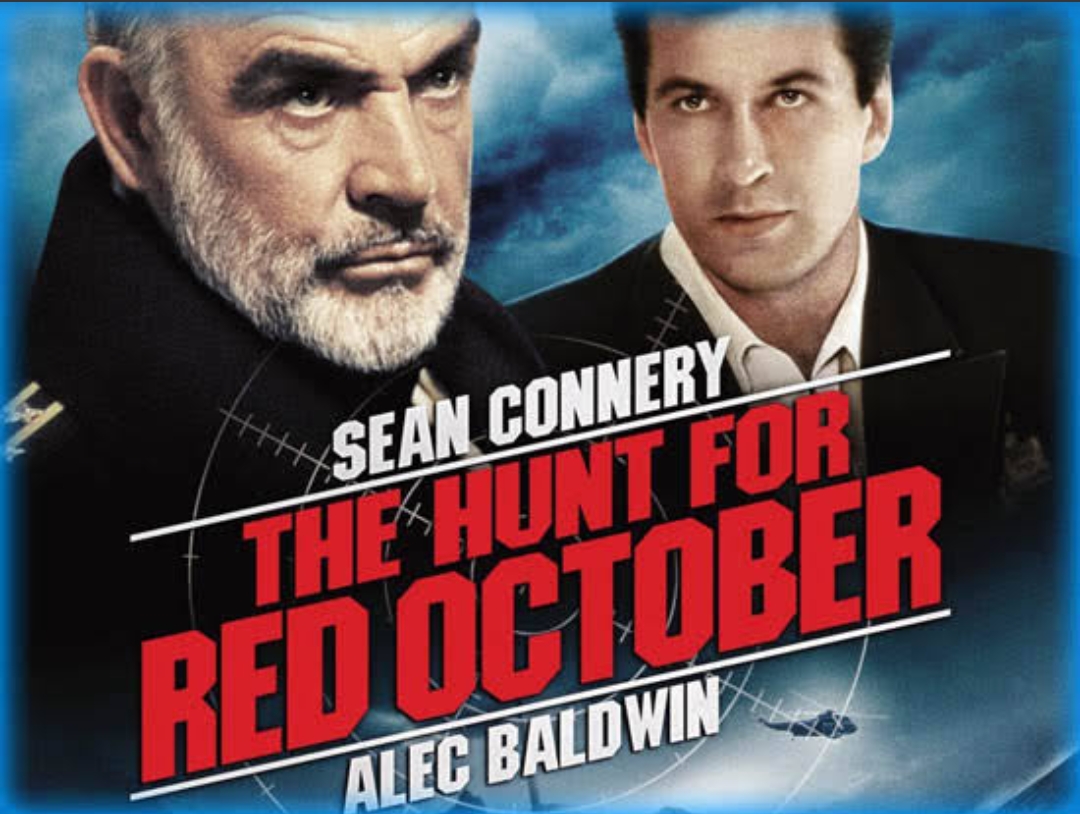 Adaptation from the bestselling novel of 1984 by Tom Clancy, going by the same name, The Hunt for Red October is the first instalment of the movie franchise with Jack Ryan as the protagonist. One of the best cold war navel films, the movie is full of suspense and will keep the viewers engaged till the very end. If you want to catch up with the movie, you can watch it on Netflix and Prime Video.

The film has been loosely inspired by the 1966 short story titled, ‘We Can Remember It for You Wholesale’ penned down by Philip K. Dick. Set in the year 2084, the movie narrates the story of a construction worker, Douglas Quaid, who has got bored with his life on Earth and dreams to visit the colonized planet of Mars. He visits an association where false memories are planted into people’s brains for them to experience the thrill of the red planet without actually having to go there. Surprisingly, a mishap takes place and the man discovers himself embroiled in espionage on Mars and does not understand if the things he is experiencing are just the implanted memories or reality. 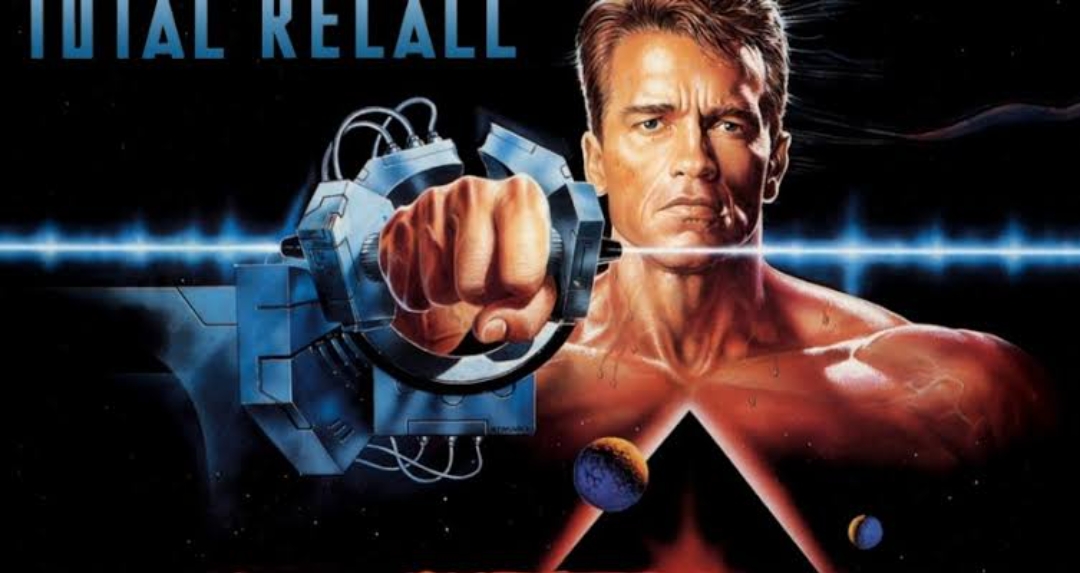 The movie is a fast-paced rush of gore, violence and humour that never fails to amuse the spectators. We get loads of action in the movie with a good story along with the classic one liners by Arnie. The movie is a complete package of adventure, thrills, comedy and great characters. The movie is available to watch online on Netflix, Prime Video and Vudu.

Inspired by a television series by Roy Huggins, bearing the same name, The Fugitive is an action thriller depicting the story of a man named Richard Kimble who wrongfully got accused of the murder of his own wife and gets sentenced to death unjustly. He flees away from the law determined to look for the actual murderer, capture him and clear his bad reputation brought upon because of him. However, the entire team of U.S. marshals are before him led by Deputy Samuel Gerard and would not spare him at any cost. As Richard continues his search for the killer, with the team chasing him, he learns the secret behind the death of his wife but he must expose the killer before things go out of his favour. 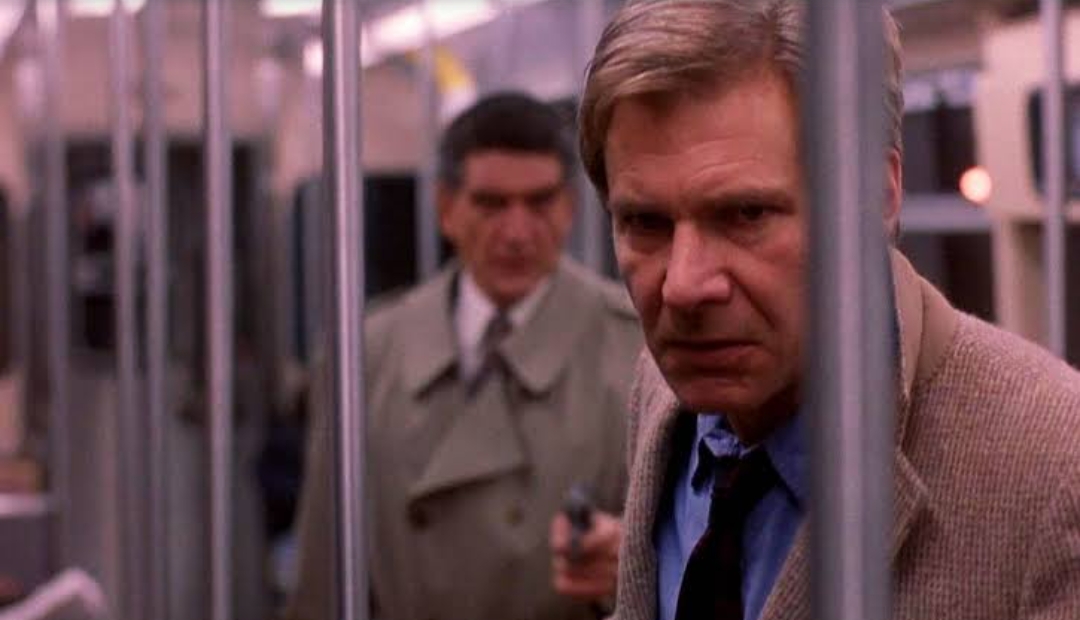 This high-impact chase thriller is intense and exhilarating, featuring Harrison Ford at his best. With the gripping storyline, the movie is going to entertain and amuse you. Surely, the movie is unmissable under the action genre. It can be watched on multiple streaming platforms including Prime Video, Netflix, Vudu and Hungama.

The movie follows the story of a detective named John McClane who has got divorced, apart from being alcoholic and jobless, fired from his job owing to his poor attitude and irresponsible behaviour. However, an obscure terrorist identifying himself as Simon explodes the Bonwit Teller department store of NYC, and threatens the Police Department to ruin another one unless John McClane is sent to Harlem, dressed in a sandwich board topped with a racial slur. In order to protect the lives and property of the city, they comply and he comes back in action. Partnered with Zeus Carver, a street-savvy electrician, McClane rushes through the city, striving to be a step ahead of a murderous scheme. 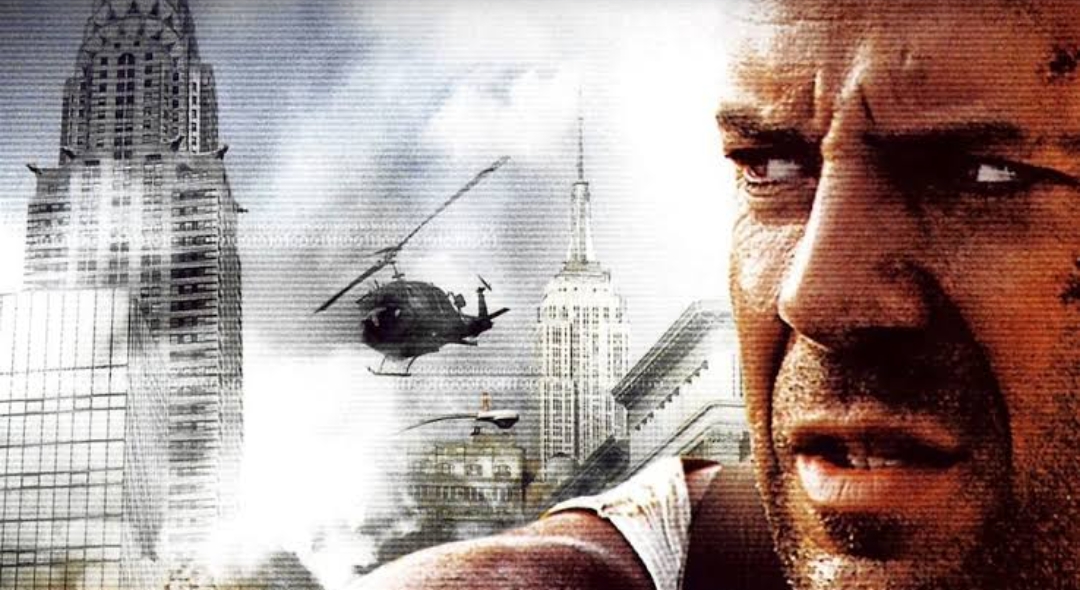 The movie has been taken from the screenplay, ‘Simon Says’ by Jonathan Hensleigh while the characters have been inspired by the 1979 novel titled, ‘Nothing Lasts Forever’ by Roderick Thorp. Die Hard with a Vengeance serves as the third instalment in the entire movie series. You can catch up with all the movies of the franchise online on Netflix, HBO Max and Prime Video.

Read: All Movies From The James Bond Franchise: Ranked

The movie revolves around an undercover cop, Alan who has lost his partner in a shoot-out with gun smugglers. He determines to catch them and take revenge by getting closer to the leaders of the group. Alan joins hands with an undercover cop, who serves as a gangster hitman and tries all the ways to find them out. 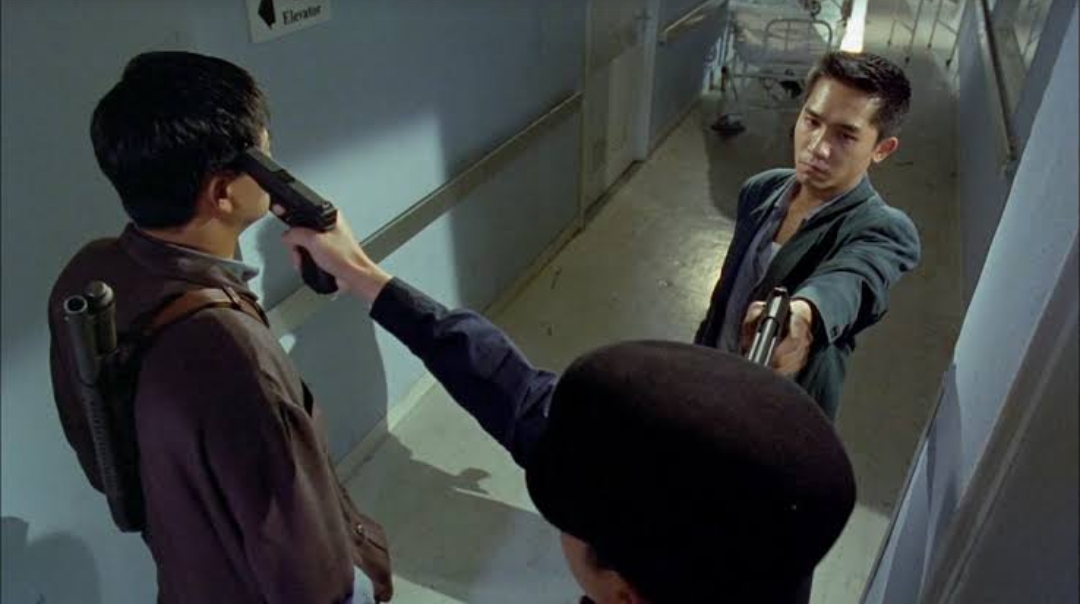 This Hong Kong action film is comprised of boasting impactful action along with surprising emotional resonance. Hard Boiled is a brilliantly crafted thriller movie and if you haven’t watched it yet, do yourself a favour. It is available to be streamed on Amazon Prime Video.

The movie, as the name suggests, is a sequel to the 1984 movie named, ‘The Terminator,’ following the story of Sarah Connor and her ten-year-old son John, who is once again chased by a new and technically more powerful future robot, Terminator: the liquid metal, shapeshifting T-1000. It has been sent back in time to kill John and thus stop the boy to become the future leader of the human resistance, followed by a second Terminator, the revamped T-800, sent to protect him. As Sarah and John stick around with the T-800, the boy develops an unexpected relationship with the robot. 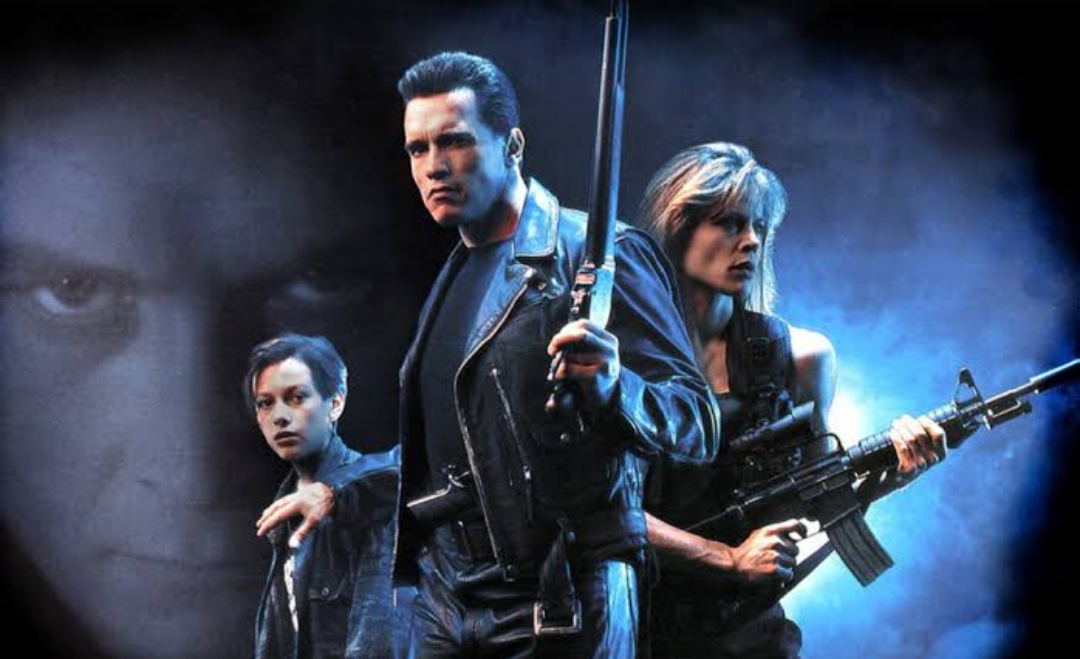 The movie is full of action just like the parent movie, with better visual flair and wider appeal. A brilliant combination of a modern, futuristic story combined with the classic, old-school 90’s action, the movie is a must-watch for every 90s fan. You can stream it online on Prime Video.

One of the greatest films ever made, Goodfellas has been based on the 1985 non-fiction novel by Pileggi titled, ‘Wiseguy’ that narrates the story of a young man who is brought up in the mob but works hard to overcome all the obstacles and rise to a higher position in the world. Although he finally achieves all that he wanted, including wealth and luxury, he was still oblivious to the horrors that the life of the rich include. He commits a few mistakes and becomes a drug addict, and all the hard work he did in the past to climb up to the top gets undone. 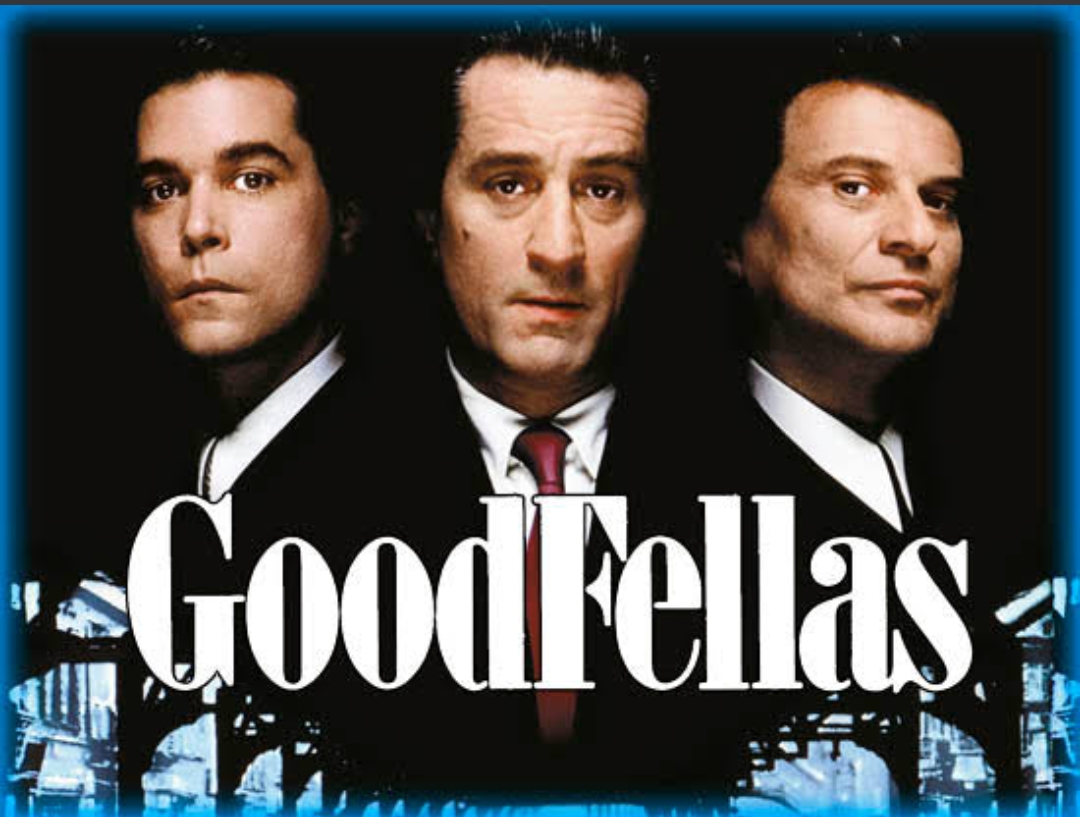 The movie is a gangster classic and is arguably regarded as the directorial masterpiece by Scorsese. The performances by the actors, the narration as well as the cinematography used in the movie stand out and there is not a single moment in the movie when you would want to get away from the screen. In case you want to watch the movie, find it on Netflix, Prime Video, Hungama and Vudu.

The first movie from the Matrix franchise, ‘The Matrix’ has been set in a dystopian future, where the entire humanity has been living in a simulated reality, called the ‘matrix,’ build by sentient machines, in order to distract human beings, while making use of the heat and electrical energy from their bodies. When Thomas Anderson, a computer programmer comes to know about the truth with the help of a hacker named Neo, he becomes a target of the machines along with the others who had got away with the stimulated world. 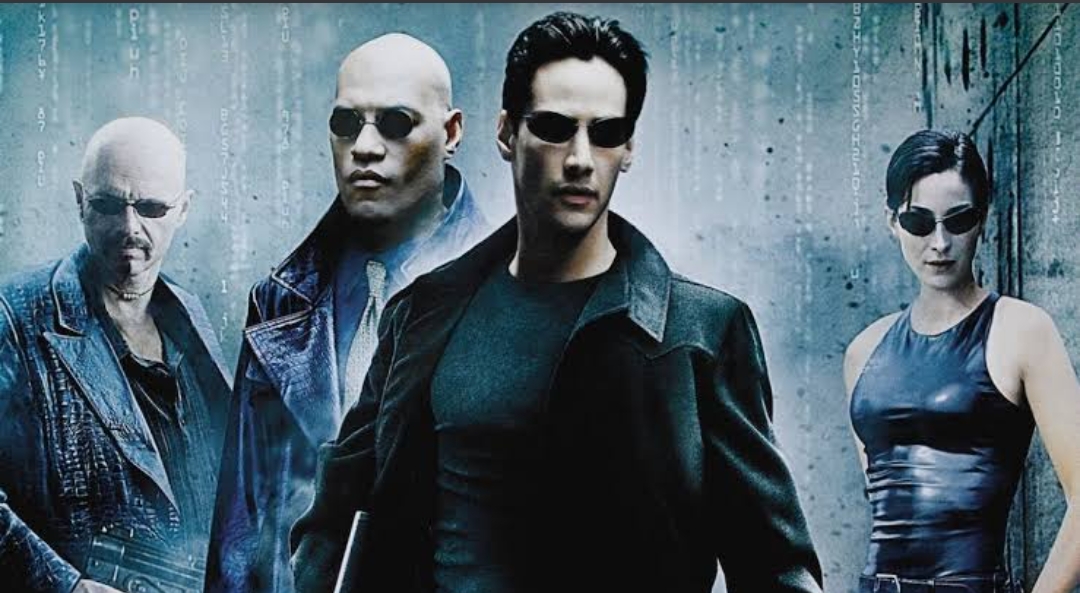 This science fiction action movie has received wide acclamation from the critics for handling the difficult subjects this efficiently. The movie has an influential storyline and has done an amazing job in combining some deep concepts in one film. The acting of the cast as well as the special effects used in the movie looks incredible as well. You can watch the movie online on Amazon Prime Video and Netflix. The fourth movie from this series has been scheduled to premiere in December this year.