The G.I. Joe franchise has been a very popular franchise in the last decade, and fans have been getting restless for a new G.I. Joe movie. A lot of new rumors and speculations are surfacing up, and we have gathered all the recent updates and information regarding the movie, so here is everything you need to know about the upcoming G.I. Joe Snake Eyes.

The franchise isn’t a new name among the audiences as it has cemented it’s legacy way back and with the revival of the franchise, fans have been closely following to know every detail about what is to happen in the future and luckily for them, a new G.I. Joe movie is already in the making, so finally, the long wait will come to an end.

The first movie in the series, ‘G.I. Joe: The Rise of Cobra’ made its debut way back in 2009, and it was followed by G.I. Joe: Retaliation in 2013, so it has been 7 long years that fans got to see a new movie, but, finally with the arrival of G.I. Joe Snake Eyes, the long wait is finally coming to an end. The second movie was well-received by the community, and the fans praised the storyline, the action and the performances of the actors, and it managed to earn around $375.7 million, against a production budget of $130–$155 million, so it was evident that somewhere down the line, a new movie was in its way and it has been confirmed that ‘Snake Eyes’ is in its production and might release sometime in 2020.

Snake Eyes solo film be will be serving as the spin-off to the original series, however, a sequel is already in the plans, and the writers of Seberg, Anna Waterhouse, and Joe Sharpnel have been included on board for the project, which is a hugely positive sign on their way forward. The upcoming movie is being described as a new expansion film which will enable the audiences to dive deep into the world of ‘Joe.’

What is the Plot of Snake Eyes: G.I. Joe Origins? 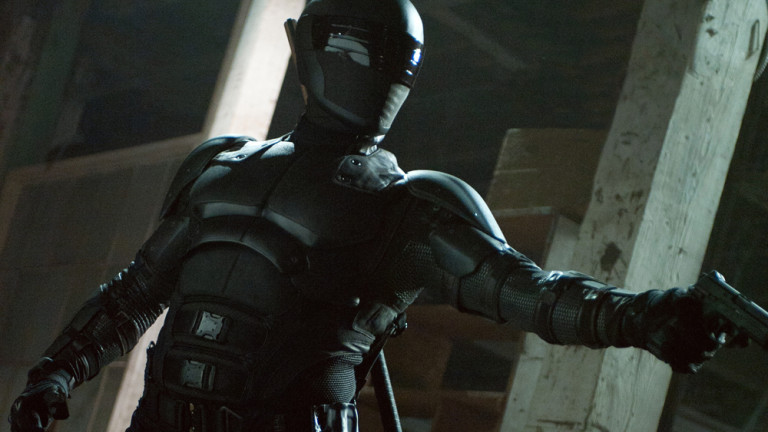 The new title for the spin-off movie is ‘Snake Eyes: G.I. Joe Origins,’ and it will create a ‘new timeline’ in the series as reported by the lead actor himself. The official story is kept under wraps, however, Henry assured that with the movie, the team would be exploring new ‘territories,’ and it will be something, fans have never seen before. The movie will showcase the origin of Snake Eyes and will feature the legendary rivalry between him and his brother, Future Storm. Henry also added that Snake Eyes would be unmasked in the movie thereby showing his actual personality to the fans.

The production of Snake Eyes: G.I. Joe Origins commenced on 15th October 2019 in Vancouver, and later in January 2020, it shifted to Japan. The team officially wrapped up their filming on 26th February 2020.

Who is in the Cast of Snake Eyes: G.I. Joe Origins?

Snake Eyes: G.I. Joe Origins will be released on 23rd October 2020. The movie was delayed from its official March release window because of the current situation, and we will keep you posted, should they delay the movie again.