The main focus of the anime Gleipnir is a high school student who has an unusual ability. At will, Shuichi Kagaya can become a giant dog mascot with a zipper and a weird smile and then, transform back. This gives him mostly stealth and he can sneak into places. He saves a girl Claire Aoki from a fire and then gets more into her other problems, like looking for Claire’s sister who has been missing since their parents’ death years ago.

Gleipnir looks strange at first sight but it’s not just some random weird ecchi show, although it can get dark sometimes. Gleipnir is a mystery anime done right, it keeps you at the edge of your seat until the very last moment. Story-wise it doesn’t disappoint you. Although the story loses its direction, somewhere in the mid-half of the show it is interesting so it keeps you hooked. From the very first moment, the story moves at a great pace and also gives you a basic fragment of the story, so you don’t feel lost, which is mostly not the case with mystery shows and after 5-6 episodes, the viewers start feeling lost and eventually drop. But that is where Gleipnir shines, it gives you enough information needed whilst creating mysteries, so, at the end of every episode, you will look forward to the next one. If you are a fan of dark mysterious shows, then it’s time to put Gleipnir on your bucket list. 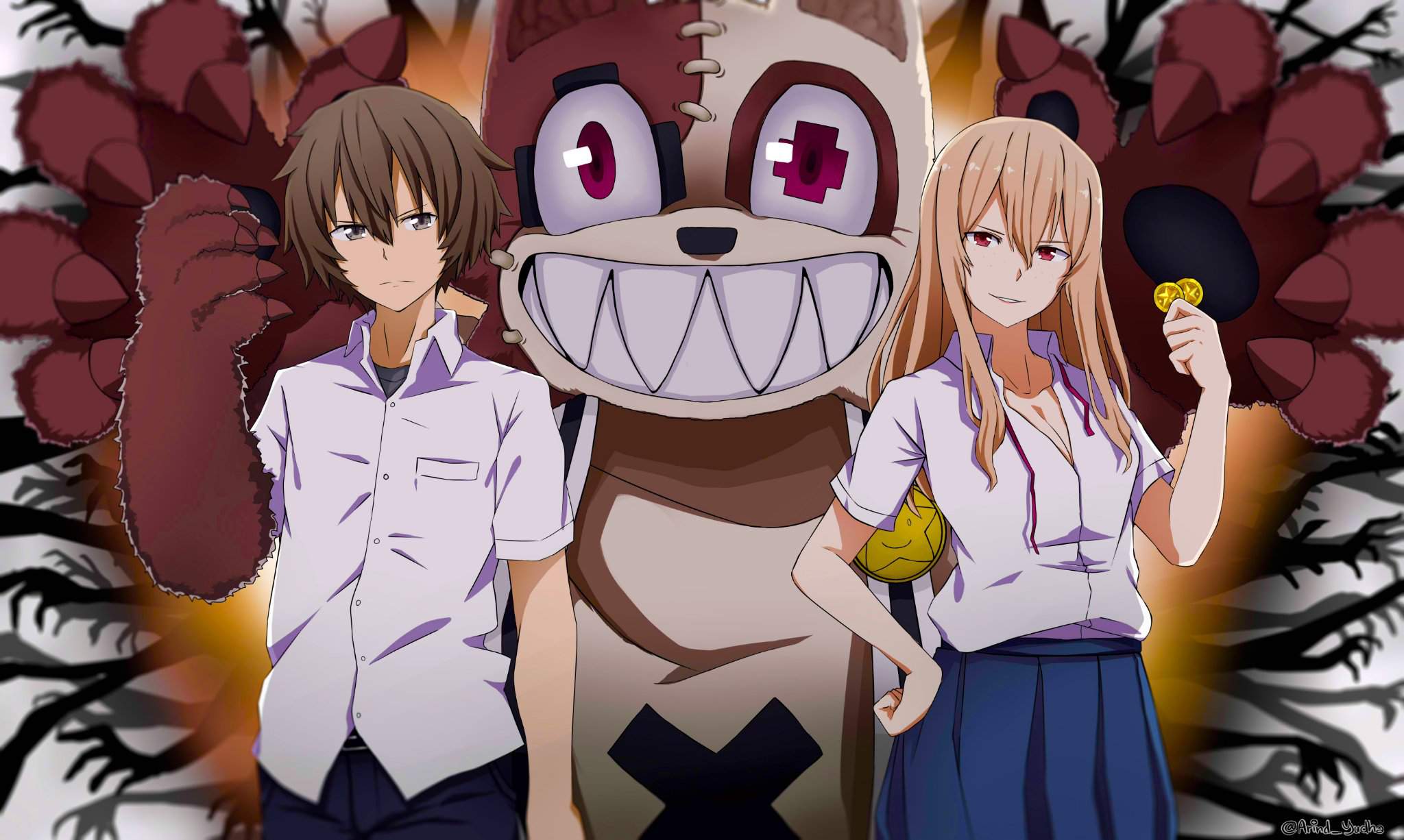 Gleipnir is a show where you have a great set of characters who are unique in their way and also likable. Initially, only a few characters are introduced but most of the characters are introduced in the second half. The main characters Shuichi Kagaya and Clair Aoki seem like a great duo, where the boy is a spineless crybaby and has a sadistic female counterpart, who always has tons of tricks up her sleeves! The show works very finely and gradually on their character development. Until the final episodes, the characters will get a great change in their personality which the viewers will realize at that very moment. The other characters like Kaito, Yoshioka, Elena, and Subaru also look promising. Gleipnir is a show where not only the main characters but the side characters also get their moment of glory.

The art style and animation are quite nice, the colorwork is vibrant. The fight scenes are animated quite well. The character designs are incredible, especially for the monsters in which the characters transform. Although some main characters transform into super unique monsters, some look just the same, but these are only minor characters. The dog mascot costume of Shuichi is scary but cute at the same time and also likable because of Shinichi’s introverted personality. Also, it seems like plenty of mysteries are attached to that costume.