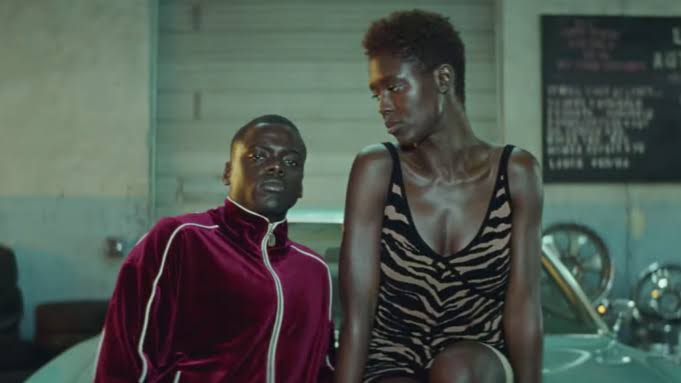 The film solely belongs to Melina Matsoukas’, in that it is her brainchild. Queen & Slim was first announced in July 2018, the premise of the film deals with a black man and woman on a date-gone-wrong. An unfortunate encounter with a police officer turns deadly, and the couple is forced to run together.

Queen & Slim is based on an original script by writer-actor Lena Waithe. It comes from a story she co-wrote with novelist and screenwriter James Frey. Daniel Kaluuya stars with Jodie Turner-Smith, star in the lead roles and is joined by a supporting cast of Bokeem Woodbine and Indya Moore.

Daniel is well known for his role in the movie ‘Get Out’ from the very looks of it, the movie gives us a Bonnie & Clyde vibe.
The movie hits theatres on Thanksgiving time frame. The week is a crowded one and sees moviegoers rush to the cinema for movies. 2019’s Thanksgiving should be no exception to the rule. The movie is also out with Rian Johnson’s murder-mystery Knives Out.

Here’s hoping the movie shines at the box office.