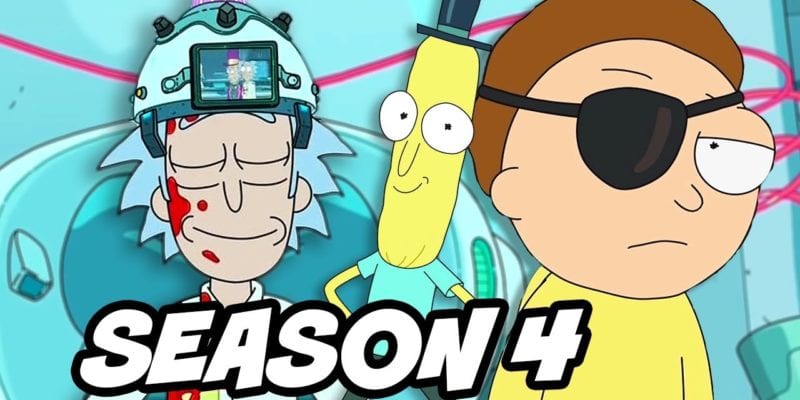 Rick And Morty had forever been stuck in limbo, after more than a year and a half of an odd number of speculations, we still don’t know if we are getting a Season 4. But some good news has popped up on your report desk, and according to our source, an old character will be returning for Season 4 of Rick And Morty.

The creator of the show Justin Roiland has spoken about the return of beloved Snuffles-the dog in Season 4. Snuffles the dog hasn’t been seen for a long time now. Last we saw him was right before when Season 3 aired, away from the show for quite a long time. Justin Roiland himself said that out of all the characters that have been given a miss, so far, he wanted to bring back Snuffles the dog.

Why snuffles though? The rumors were fuelled by Justin Roiland’s Instagram post featuring his two Snuffles-lookalike pups. Here take a look at the post in which Justin promises to be back with Season 4 of Rick and Morty.

In my opinion, Justin has dropped enough hints about Snuffles the dog, as we know that one of his pups Jerry was what inspired the character of Snuffles. Justin Roiland usually isn’t active on his social media, the fact that we juxtaposed his pups with Rick And Morty announcement is proof enough of what we claim.

As goes for the Season 4 we don’t have one yet. Rick And Morty Season 4 supposed to air in December of 2018 and that, of course, didn’t happen. The next speculated date was 2019 April fools day. For now, let’s just wait for an official word on Season 4.

According to the rumors on the internet, the fourth season of Rick and Morty will be coming by the end of 2019, and this was also hinted by one of the team members. However, this is still not confirmed. We have confirmation on the number of total episodes that have been confirmed for Rick and Morty, and it would be a total of 70 episodes.

Each season of Rick and Morty have about 10 episodes, so if we expect the same for the upcoming seasons, then we will have a total of 7 seasons, means, we will be having Rick and Morty season 4 to all the way, season 10.