One Piece’s Pirate Warriors series is returning with the fourth installment very soon, and fans are already looking forward to this epic game. Throughout the year 2019, One Piece has received a lot of attention due to the 20th anniversary of the anime, and also because of the ever-growing popularity that the series has. It was not a surprise when Bandai Namco revealed a couple of months ago that they’re working on Pirate Warriors 4.

Soon after that, we got our first trailer for the game, and it served its purpose of hyping up the fans even more than they already were. The mechanics for the game seem to be heavily improved and that’s exactly what we were looking for. Here’s the trailer for One Piece: Pirate Warriors 4: 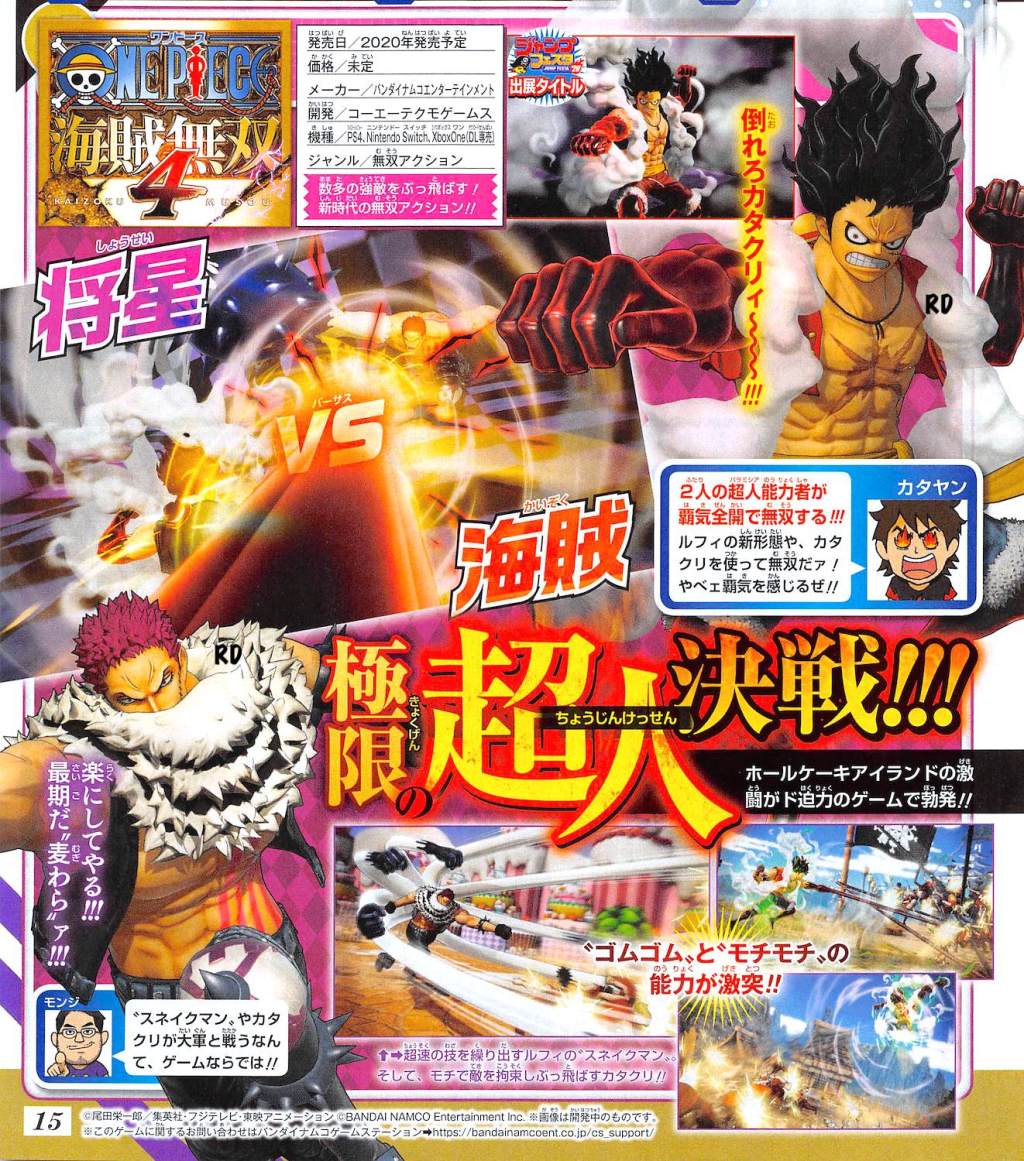 Recently, it was revealed that Katakuri will be playable in One Piece: Pirate Warriors 4. Katakuri has become one of the most loved characters in the entire series and fans had been hoping for his addition to the game at some point. Bandai has listened to what the fans want and we can now play using Charlotte Katakuri completely.

Along with Charlotte Katakuri, Snakeman Luffy is also fully playable in One Piece Pirate Warriors 4. Fans are going to have a lot of fun playing with these characters in the game, and hopefully, we’ll get more such additions to the game soon.

One Piece Pirate Warriors 4 will be out at an unspecified time in 2020.

Are you excited about the game? Let us know your thoughts in the comments section below!