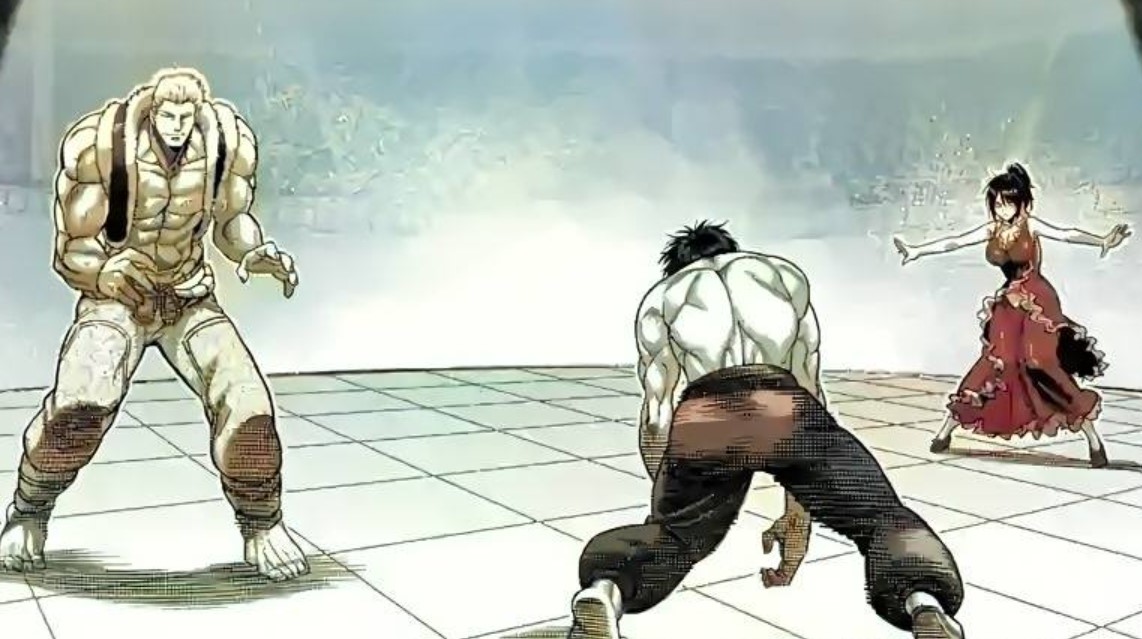 The battle continues as Naidain is holding Ryuki by his neck high up and he told him that it is his last warning. Ryuki tries to get out of the trap but he noticed that Naidain is so strong. Ryuki attack with a flying kick and manages to get out of Nadan’s hand but he received a powerful blow on his chest. Naida lands a flying knee on Ryuki’s belly and put him to the ground. He then started to tease Ryuki and told him that he doesn’t understand why he is receiving beatings like that.

Ryuki notices that if he doesn’t do anything he will be killed and if he kills him he will lose. Nadan yells at him to get up and kill him or he will be the one to kill him. Liu is worried about Nadan he wants him to finish the fight and stop dancing with Ryuki. Wangfang shouts that he must stop showing off and finish the match. Nadan looks back at Kazuo and Koga thinking that Ryuki is not showing his true strength because of the environment.

Kengan Omega Chapter 86 will be released on Thursday, 19 November 2020. This Manga releases a new chapter every Thursday unless it changes its weekly schedule.  Allow me to take you to the updates of Kengan Omega down below. 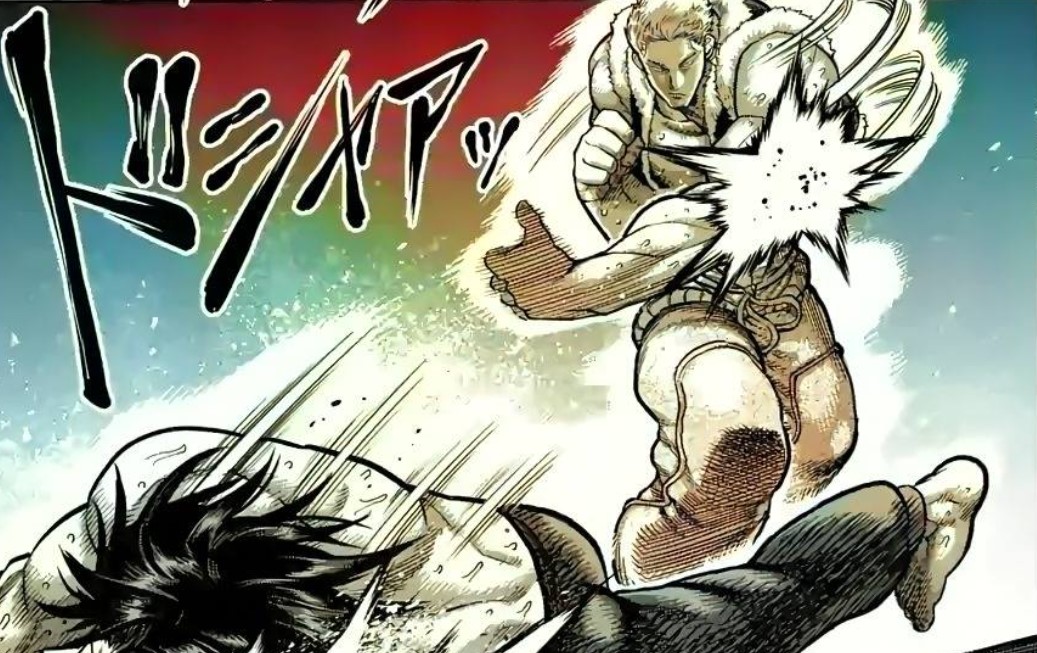 Ryuki took the chance and landed a powerful shot on Naidan’s face. Nadan is surprised that he couldn’t read Ryuki’s movement for the first time. Nidan tries to use his eye of the sky but Ryuki surprised him by dodging all of his attacks. Ryuki unleashes a Goah Style Soft Strike that landed and change the face of Nadan. Both fighters are now on their knees and Ryuki is surprising everyone by beating Nadan to a pulp for the first time ever since the fight has started.

Ryuki’s techniques surpass Naidan’s eye of the sky technique. Ryuki told Nadan that he will never let him hurt Koga again since earlier when he looked at Koga he was thinking that he will get him after Ryuki. An angry Ryuki decided that he has to finish Nadan. Nadan is glad that Ryuki is aiming for a kill and he congratulates him. Nadan opens his hands telling Ryuki to bring it and only one will leave the ring alive. Other fighters said killing him will get Naidan disqualified.

Nadan tries to use his grappling skills but he misses his target and receives an elbow attack at his side of his body. Ryuki’s eye poked Nadan who started bleeding and started to slaughter him. The ref Shina Alisa asks Ryuki to move away since Nadan is down. The two didn’t stop they continued without listening to the referee instruction and Naidan is getting up. He is grabbing Ryuki’s neck using both of his hands.