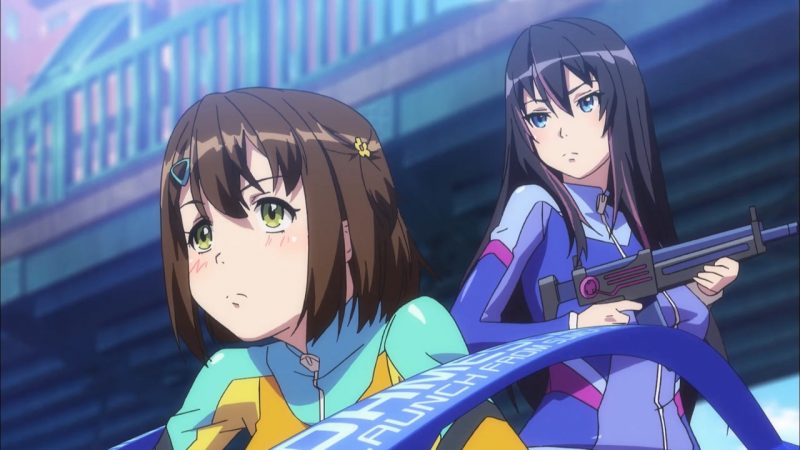 In this post, we are going to discuss the upcoming events of Kandagawa Jet Girls Episode 10; we will also talk about Jet Girls Episode 10 time, streaming, and spoilers.  Before we begin, please note this post may contain official spoilers from episode 10 of the anime. If being spoiled is not for you, I suggest that you stop reading the post here. However, if spoilers don’t bother you, we can get started.

In Episode 9 of Kandagawa Jet Girls, Rin and Misa met a strange girl who was going to attempt suicide from the bridge. Thankfully, Rin and Misa stopped her on time. Furthermore, that strange girl seems depressed because she is not meeting the expectations of her partner. Rin and Misa appreciate her and her efforts and in the end, she decided not to jump. The next day, both Rin and Misa were faced off with the girl who was attempting suicide last night- Tamaki Fuka, in the prelims. The result of the race was a draw; and at the end of the episode- Both Misa and Rin were advanced to the next round.