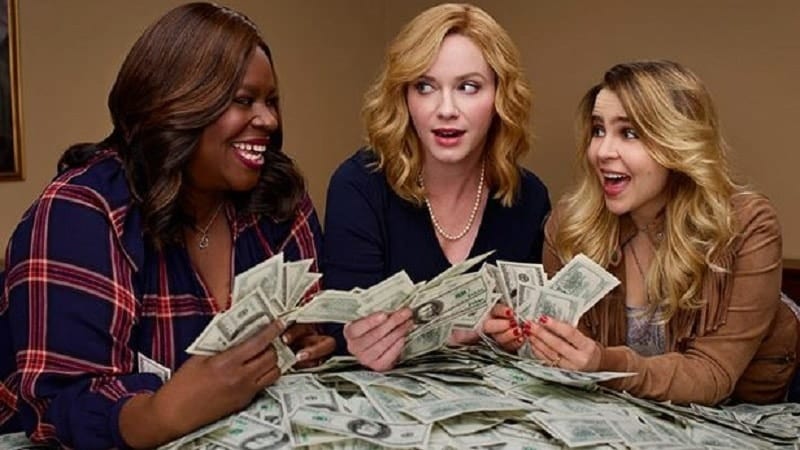 Good Girls aired it’s Season 1 on NBC, and it premiered on February 26, 2018, and ended on April 30, and a total of 10 episodes were broadcast. NBC on Tuesday, December 18, 2018, made an announcement regarding Good Girls Season 2. To know more about it, keep reading. The renewal news was best received by the fans of the show who thought Good Girls wouldn’t make it past Season 1.

Jenna Beans, the creative head announced (even before renewal news was made) that she would like to resolve Good Girls cliffhanger as early as possible. NBC took a little longer in confirming Good Luck Girls for Season 2. Given that the shoe didn’t do as well as other top-rated NBC shows such as This Is Us etc. But it did deserve a chance, to say the least.

So far as the rating of Good Girls is considered, it boasts of a regular audience, averaging 1.5 rating in the key 18-49 demo. Beans announced that NBC was keen on doing Season 2 upon hearing what would happen in the Season. The girls are going to go and travel to different places in Season 2.

But that’s not all, NBC and Netflix have struck a deal recently. So behind the renewal of Good Girls, one of the main reasons was this deal. Fact is NBC and show producers Universal TV signed a co-licensing agreement that will allow Netflix to distribute Good Girls outside North America. This deal is meant to save shows that don’t have a large scale budget, small shows albeit a young and enthusiastic fan base.

At the end of Season 2 Rio, after beating up Dean, handed Beth an actual gun and dared her to pull the trigger. Beth actually did pull the trigger and made her aim. This is the exact moment where Good Girls Season 1 ended.

The airing of Good Girls Season 1 began till April after it premiered in February 2018. As far as Season 2 air date is considered, it won’t make way any time soon now. At best expect a mid-late 2019 release. More as we have it.