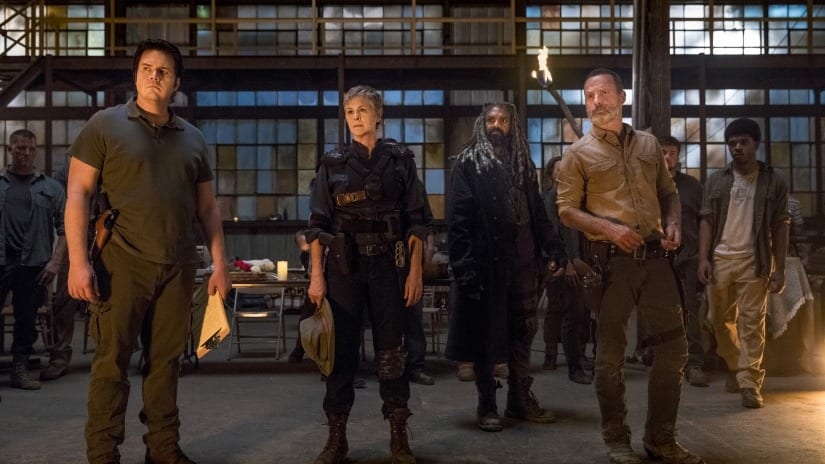 The Walking Dead Season 9 is currently a hot topic, and as you all know the show is in its mid-season hiatus and will resume its second part in February. The first part was amazing as we finally got to see the new villains, the Whisperers as things are about to turn very ugly in the second part. Both the title and the synopsis of the upcoming 9th episode of the Walking Dead Season 9 has been revealed. So here is everything you need to know about the show’s return.

So, the title of The Walking Dead Season 9 Episode 9 is ‘Adaptation,’ and the official synopsis read “The group unmasks a disturbing and dangerous new thread. An escaped captive revisits his past.” So far the first part has been amazing, and the Whisperers looks menacing.

The Whisperers is the new villains who are a group of people who live among the dead and use walker’s skins to blend and avoid any kind of detection, and they are extremely dangerous to the other survivors. As we already saw that the group made its first move as they made Paul “Jesus” Rovia their first victim.

Earlier Angela Kang revealed that the second part of season 9 would focus more on the Whisperers and their leaders, Alpha and Beta played by Samantha Morton and Ryan Hurst. Their perspective of life and their survival will be the centerpiece of the story. Moreover, how our heroes cope up with this threat will also be something to look forward to.

The Walking Dead Season 9 Episode 9 will be released next month, on 10th February 2019.