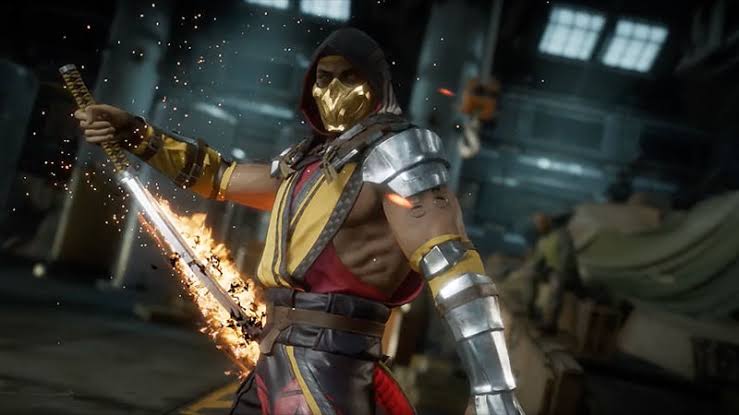 After premiering at the Game Awards, Mortal Kombat 11 became 2019’s most anticipated games. Previous Thursday, director Ed Boon gave us an insight into the various interesting features of Mortal Kombat 11. These features include a brand new playable character etc. First off, you should know that Netherrealm has promised to do a roster of 25 fighters at launch. More fighters will come down the line with DLC, as we proceed. One of the most important characters is Geras.

Geras is a newcomer in the game who has powers of manipulation; we are talking of both time and sand. Using sand manipulation, Geras can form clones of himself; he can create barriers, he can teleport, and even shoot projectiles. Geras can also use his time manipulation gimmick to turn the tide of a match. He also possesses Rewind Time ability that lets him rewind the match four seconds, by negating damage, any sort of or positioning disadvantage.

Other such characters that are confirmed as of now are:

Horror movie icons like Jason Voorhees, a xenomorph (from “Alien”), a Predator, and Leatherface are also included in Mortal Combat. Sonya Blade is the most interesting characters of all. She is one of the most enduring and popular characters in Mortal Kombat 11. She will be characterized by none other than “Rowdy” Ronda Rousey. I’m also psyched about Freddy Krueger and Kratos.

The gameplay has ample new additions too. They build off of Mortal Kombat X and Injustice 2. Besides premade variations, players will now mix and match moves. Mortal Kombat 11 will also include a gear system which is quite similar to Injustice 2. This Gear system can be mixed and matched at the player’s discretion. The cosmetics and gameplay in Mortal Kombat 11 have been separated as possible. Pre-made costumes and gear sets are used to ensure a level playing field.

The initial update is touted to be April 23, 2019. The platforms available are Nintendo Switch, Microsoft Windows, Xbox One, PlayStation 4.