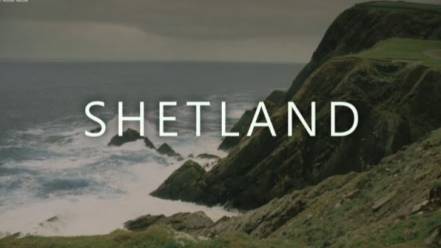 Jimmy Perez is back in the fifth season of Shetland, with a new sinister case which involves several bags of body parts. The team will investigate and uncover a complex network of organized crimes. The series began on a “windswept hillside” as a young man is waiting for someone.

A few days later, in the morning a jogger discovers a decapitated hand on the beach and also discovered body parts at an inlet nearby. According to the official synopsis of BBC, the case takes a sinister turn when the team identifies the victims. They begin to check his emails and social media accounts to find some clues. Shetland is based on the award-winning novels by writer Ann Cleeves.

The story is set on the Scottish archipelago of Shetland, but most of the shooting was taken place on the Scottish mainland. The port at Lerwick on the Shetland Islands has been used as a filming location, but the cast and crew are usually based in Glasgow. They have traveled to many places which including Kilbarchan in Renfrewshire, Barrhead, Ayr and Irvine, and North Ayrshire.

The cast of the fifth season of Shetland includes of the lead role of Jimmy Perez is played by Douglas Henshall, while Alison O’Donnell portrays DS Alison “Tosh” Macintosh and Steven Robertson plays DC Sandy Wilson. Mark Bonnar plays Duncan Hunter, Erin Armstrong returns as Jimmy’s stepdaughter Cassie Perez, and Julie Graham plays Rhona Kelly. The season 5 of Shetland will begin on 12th February, and it will air at 9 pm on BBC1. Moreover, the fifth season will consist of six episodes.