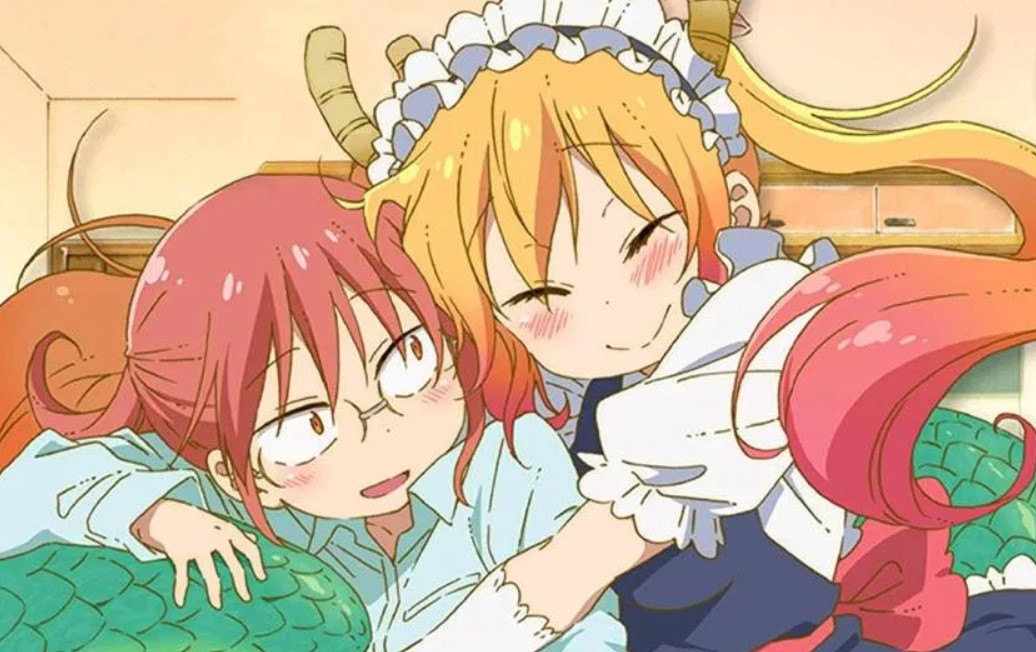 Dragon Maid Season 2 has been officially given a go ahead and is said to be in production already. It is said that it will be featuring new dragons that will make their appearance in season 2 and will be here for chaos into the human world. This was confirmed in Volume 8 of the manga aeries as it had a wrap-around jacket band that announces the news. So in this post, we are going to talk about Dragon Maid Season 2 update trailers, cast, and spoilers. Let us look at news about the production below.

Although the news of season 2 coming is confirmed, it is not yet disclosed whether Kyoto Animation will be returning as the anime’s studio and even the staff and voice actors are yet to be disclosed. Although there wouldn’t much change from season 1 production team as this will just mess things around. The news of the fire at Kyoto animation studios in 2019 could play a role in the production as this led to the delays and postponement of various movies and new anime seasons that the Studio was working on. But it is still likely that Kyoto animation will still be returning for season 2.

What is Dragon Maid Season 2 update?

Although the release of season 2 has been announcing already, there is no official confirmation of Season 2 exact update for season 2. Once the official confirmations are made or if we happen to catch any news regarding the update of Dragon Maid Season 2 wi will be bringing them right away. But as things usually happen, it will be announced gradually. Like the debut month and then as the month’s approach then the date will be announced as well. You can also refer to the tweet below for more information about Dragon Maid Season 2.

The same staff will be returning, most likely, even though there has been any official confirmation as well. Below let us look at hte storyline that Season 2 is likely to adapt.

Tohru’s heralds are introduced and the oddball dragons and there will be more focus on this instead of the slice in life side of the story that was mostly explored in Season 1. Dragon Maid season 2 will most likely start where a mountain landslide had destroyed the place where Tohru and Kobayashi met.  Tohru does not see this as a natural occurrence as she had placed a barrier to preserve the area for eternity.

As a result, She wants to find out the person behind all this. And it seems that a new dragon will be making its appearance as well. The female dragon who is also known as an extremist in the chaos dragon faction was revealed to be Iruru. The dragon wants to destroy the world and has been observing Tohru as her first target. So the action that will unfold from all this is more likely to be an interesting one.

Iruru doesn’t mind using dirty tricks in the fighting and he target is th human city so that she gains an advantage over Tohru. But Kobayashi, who she sees as just a mere human, managed to convince Elma, one of the dragons, to take Tohru’s side in Iruru’s upcoming destruction of the world. She had always viewed humans as enemies and through all this, she will probably be encountering more of them. You can check out the preview for the upcoming season below.

The ending of the first season was a happy one as everyone else was at Kobayashi’s place. The majority of the scenes adapted into anime episodes where before chapter 30 of the manga. This is where the major plot developments have taken place. Note that Episode 13 of the anime was from chapters 19 and 20 of Volume 2. But here the anime also took some content from later manga volumes.

If we are taking all of this into account, then season 2 will be left with over 50 chapters to be adapted at the time that it was announced. It is likely that the Kyoto animation studio will be handling season 2 as well, and with this, Dragon maid season 2 has more than enough content to produce a total of around 24 to 26 episodes. So it will be a good season with well-balanced content.

Who is in Dragon Maid Season 2 Cast

Most of the characters will be returning although there are few that will be making their debut in season 2. Iruru, who the second season will be circling around her and her hatred for humanity are one amongst many characters that we will be talking about. 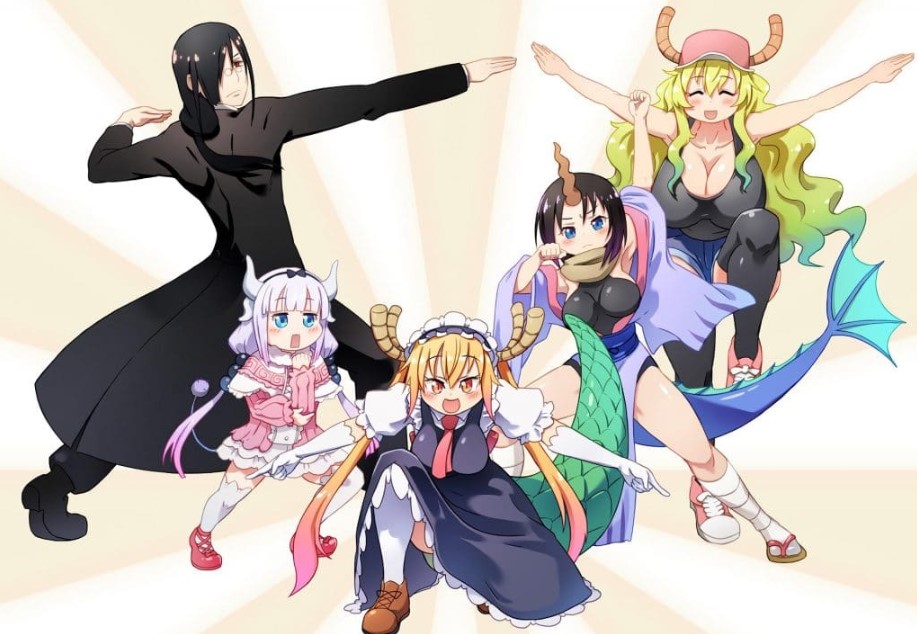 Kobayashi will be returning as well as this will play a role in Iruru’s motives and hee hatred for humans. Another dragon from the harmony faction by the name of Cremene the slaughterer who is obsessed with purging the world makes his appearance as well. Aside from all these newly introduced dragons, most characters would be just making their returns, like Tohru, Kobayashi and the others. This is as far as the news for season 2 goes as of now so make sure to regularly visit our site as we will be bringing you updates as soon as anything new is officially confirmed about Dragom maid season 2.