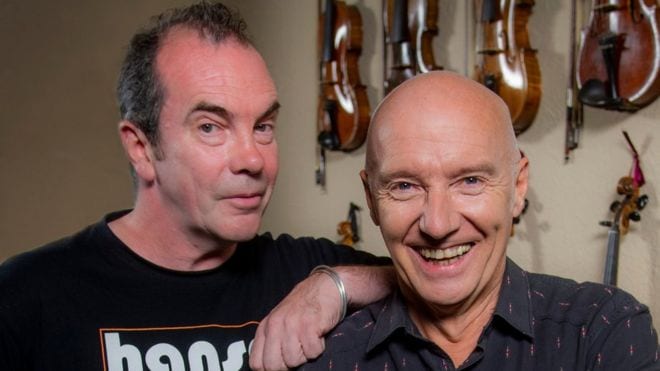 Still Game is one of the most popular and long-running BBC shows. The show will come to an end with its ninth season and a lot of fans are extremely disappointed to see the show end. BBC has urged the fans to expect a brilliant finale. Hemphill said he is excited as ever to deliver another masterclass.

The show has been released on February 24, 2019, as a part of BBC Scotland’s launch. The channel was said to be developing a long time ago. The show is yet to make its way to BBC One. The show will air on the channel after some time but, it hasn’t been confirmed when the show will hit the channel.

Now moving on to the cast for the ninth season. All the favorite fan characters are making a return for the final season of the show. Here is the cast for the final season of Still Game:
Ford Kiernan as Jack Jarvis
Greg Hemphill as Victor McDade
Paul Riley as Winston Ingram
Mark Cox as Thomas “Tam” Mullen
Jane McCarry as Isa Drennan
Sanjeev Kohli as Navid Harrid
Gavin Mitchell as Robert “Boaby The Barman” Taylor.

Here is the synopsis of the show if you are interested:
The show is about the lives of two OAP’s Jack and Victor and their lives. Still Game shows the views of the two how things used to be like in the old times and how terrible things have become in modern times. It is set in the fictional area of Glasgow, Craiglang