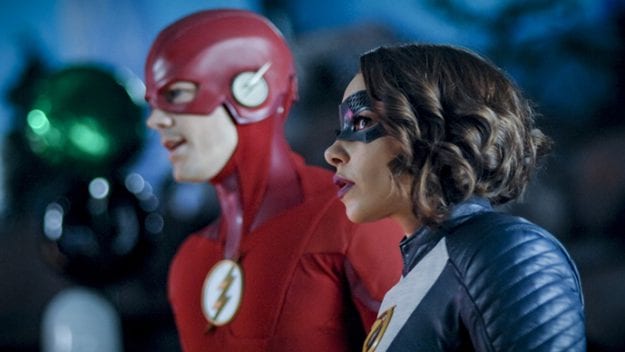 In this post, we are going to talk about The Flash season 5 episode 18 delay, new where to watch, and spoilers. We know that the seventeenth episode was released last week, and there was no new episode this Tuesday, which surprised many. We are going to provide you with the new but before that, let’s talk about what happened in the last episode.

The seventeenth episode made us, and Orlin believes that Cicada 2.0 nobody else but his grown-up niece from future. Also, we saw Nora visiting Thawne about what is happening, but Thawne asked her to tell her secret to Barry. However, she struggled to tell that to Barry because of Cicada 2.0. Also, Sherloque was too close to Nora’s secrets, and it could be lethal for her. Now, let’s talk more about the next episode.

The show is now seventeen episodes deep into its fifth season, and the eighteenth episode is due in April. The eighteenth episode The Flash season 5 was all set to release on 9 April 2019, but the newis pushed to 16 April 2019. The show is broadcasted on The CW channel at 8 PM every Tuesday, but the next two Tuesdays should be excluded. The next episode is titled ‘Godspeed.’

The show can be watched online on the CW app too, where viewers just have to provide their existing cable TV subscription details to log in. Moreover, there are numerous online streaming service providers such as Hulu, Roku, DirecTV Now where viewers can stream The CW channel at the mentioned time to watch The Flash. The next paragraph will contain spoilers from the eighteenth episode!

The synopsis is not yet revealed for the next episode, as it is two weeks away, and it makes it even more hard to anticipate what will be in the upcoming episode. But one thing is for sure, Cicada 2.0 will keep going after the team, while Nora will struggle with her secret. The sneak peeks of the next episode is linked below!