Being anime watchers, we all can relate to the fact that it is much more than animated entertainment. There are times when we start connecting on a deep sentimental level with the characters of a show. The story appears more like a representation of society or our personal lives rather than a dreamlike break. These are the kind of shows that stick with us. And ‘Honey and Clover’ is one of them.

The plot starts with three college students, namely Takemoto Yuuta, Mayama Takumi, and Morita Shinobu, who share a small flat. Despite living in poverty, they believe in obtaining pleasure through small things in life. The story follows these characters’ life stories as poor college students and their love lives until they meet a short, talented 18-year-old girl called Hanamoto Hagumi. 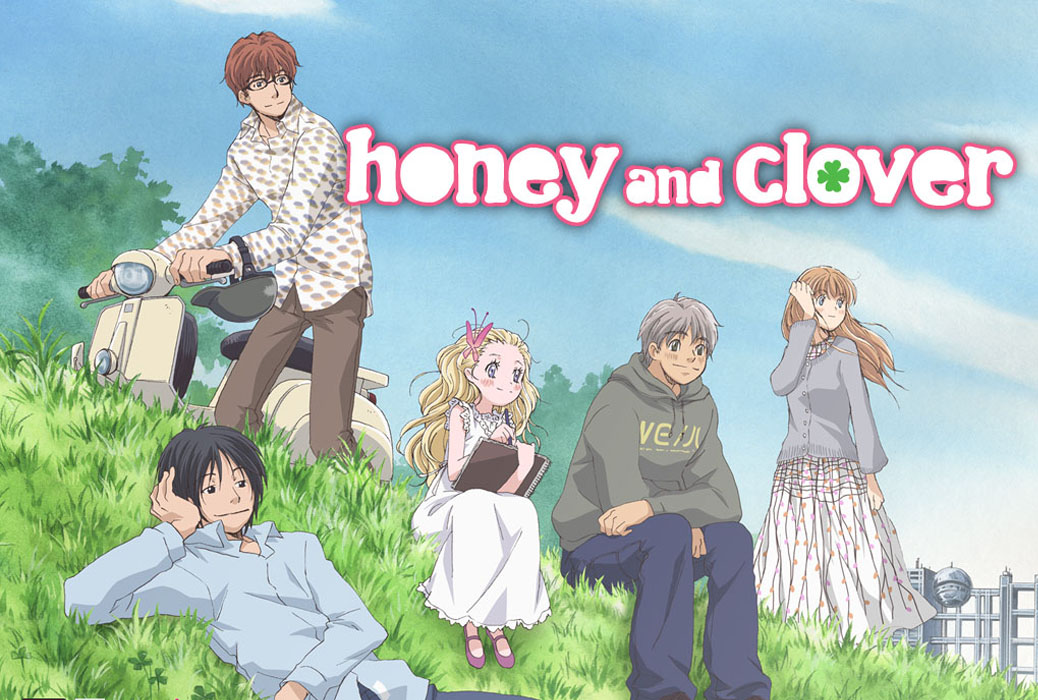 Slice of life series is often known for taking the audience to a place anywhere, at any time inside the world, as already is. We expect the same from Honey and Clover. It is a well-balanced and additionally a lovely blend of romance, drama, and comedy. None of the elements goes over the board. (No room for action and fanservice). The humor is used wisely here, and each character is given proper time to develop itself. Detailed enough to satisfy most mature fans.

As for the art and animation, it is soothing and natural. A delicate touch is given to it through its watercolor palette. It is surely an enjoyable getaway from contemporary popular animation styles. Talking about the music, it’s well suited and mingles with the visuals perfectly.

Honey and Clover is not your regular high school rom-com. It deals with much more serene and mature tones than the crazy and silly tones we often see in any other slice of life series. That is what makes it stand out the most. The characters are quite relatable, and anyone who would watch the show could find himself connecting with the story. It is simple yet intense—a good watch for sure.