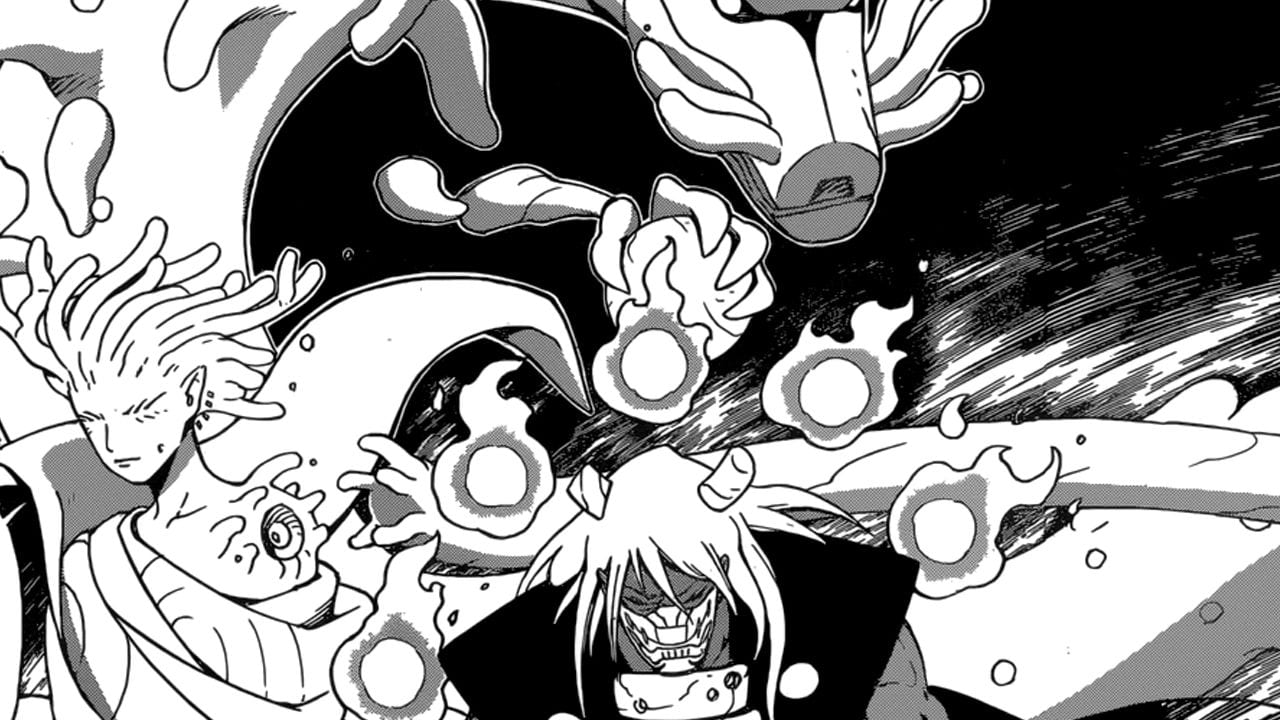 Samurai 8 Chapter 10 was probably one of the best chapters we’ve got in the series so far, and the cliffhanger at the end of the chapter was enough to get everyone hyped for what’s to come. For those of you who don’t remember, Hachimaru’s lie to Ann was finally revealed when his father arrived, but Ata also made his appearance at the same time.

It looks like Ata is a user of the Kongou Yasha style as well and that he’s been waiting for Hachimaru since a long time now. With Daruma stopping him, the next chapter will reveal a lot of new information about Ata and his connection to Hachimaru’s father. Let’s get into the discussion for Samurai 8 Chapter 11 now, shall we?

First things first, I think the next chapter of the manga will give us a lot of information about Ata and why he’s pursuing Hachimaru. He also calls him Hachikaku, which I think has something to do with Hachimaru’s ball-locker.

An intense fight is just around the corner, and after Ata is done talking, we’ll likely see him engage in a fight with Daruma. I’m sure this fight will live up to all our expectations.

Samurai 8 Chapter 11 will be released officially on July 22, 2019. The scans for the chapter will be out on July 19, 2019. Are you enjoying reading the manga? Let me know your thoughts in the comments section below!