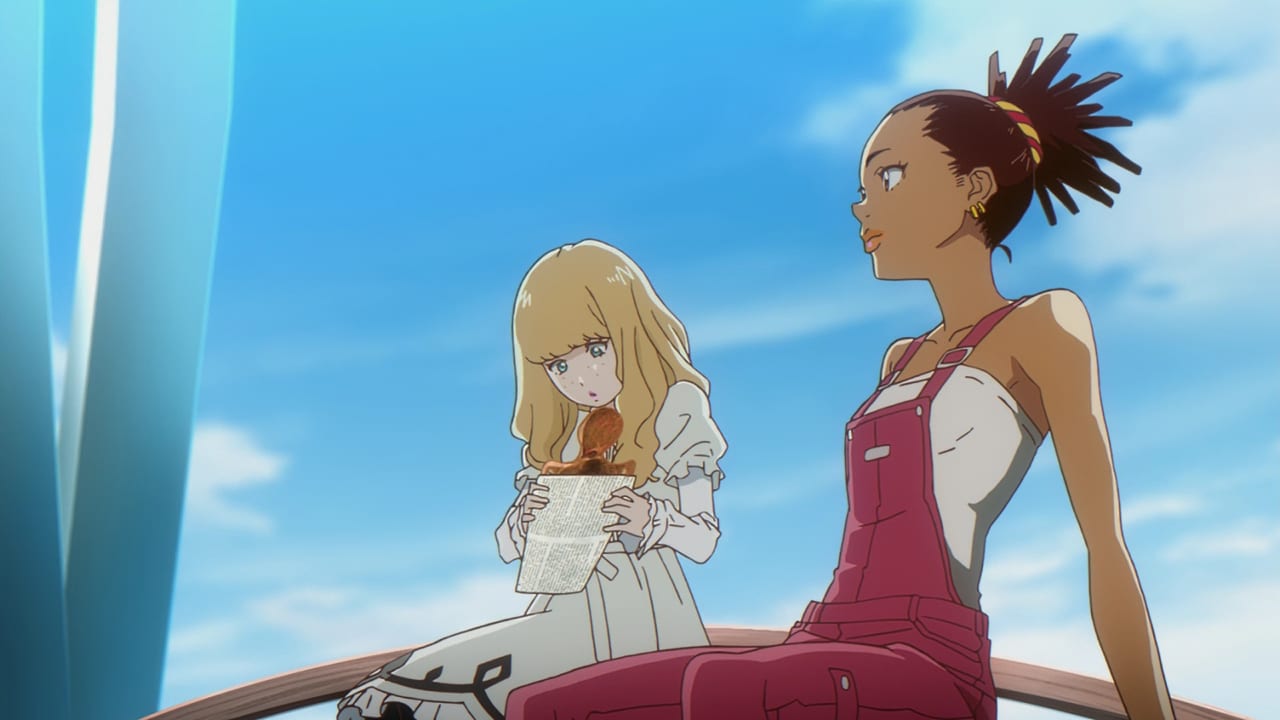 Fans of Carole and Tuesday are very excited heading into this week’s episode because the series has been doing very well lately. It’s been enjoyable for me but at the same time, I do think there are some flaws of this anime, but that doesn’t stop me from watching it every week because the good things about this show outweigh the bad ones by a lot. Last week, we got to see a new OP for the show, which was a breath of fresh air. At the same time, Carole and Tuesday now sit for interviews, which is great. We also got to see them being taken to the slums to find Kobe. Meanwhile, Valerie Simmons launched her election campaign with her very rigid immigration policy. Now, we head towards Carole and Tuesday Episode 14, so let’s discuss that in this post.

Carole and Tuesday Episode 14 will air later today, and the title of the episode is “The Kids are Alright”. Most of the next episode will be a continuation of the events of last week’s episode with Tobe, in my opinion. The kids have made it big now, but there will still be obstacles in their way. At the same time, they’d still be okay because there’s no option for them but to keep on pushing forward.

Carole and Tuesday Episode 14 will air on Fuji TV, Japan at 1:00 am JST, on July 17, 2019. You can also stream the epsiode on Netflix. At the same time, other unofficial sources may also allow you to watch it online.