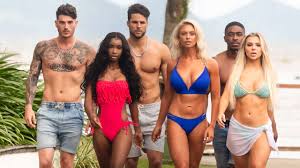 Love Island USA Season 2 Finale update had all the fans extremely excited about it the dating reality show based on the British series Love Island. The series was announced and commissioned by CBS and the second season was released on May 21, 2020, however, because of the COVID-19 Pandemic and other unavoidable circumstances associated with the production the filming was stopped but The second season production shifted to The Cromwell Las Vegas and with strict quarantine measures the filming is being completed and the second season again resumed from August 24, 2020. And as so far the show has covered almost 15 out of a total of 19 episodes the fans wanted more updates associated with the show so today in this article we will discuss all the updates associated with the update of Upcoming episodes. So here is all you need to know.

The Main plot of Love Island includes a group of participants who are known as the Islanders, living in separation from the outside world in a villa and constantly living under video monitoring to remain in the villa the Islanders need to be paired up with one another by love, friendship, or survival whichever fits them and as every week they have to perform some specific tasks in order to survive till the end and win the overall amount that is $100,000. On the first day, the Islanders get paired up with one another based on their first impressions, but over the continuation of the series some times they are bound to “re-couple” or maybe take a break from one another to pair up with another girl/ boy in order to survive the villa till the end of the season. Any Islander who remains single after their partner has been eliminated from the show they have to wait for the public vote in order to see if they are going to get a chance to survive in the villa for a certain duration. The public can also vote for their favorite couple who people believe that they are the most compatible. People can vote for their favorite couple through the Love Island app which is accessible from smartphones and Couples who receive the fewest votes from the public are at risk of being eliminated. But in the villa, each Islander will have their own phone by which they can only reach out to other Islanders via text messages or receiving text notifying them of the latest challenges, dumping, or re-coupling. The show is basically designed to check the mental toughness and physical toughness of the participants and those who survive the show till the finale week will participate for a whopping $100,000 prize. The show is currently in its second season you can stream it on CBS if you are from America and CTV if you are from Canada.