Weathering With You is Makoto Shinkai’s next big hit. There was a lot of online pressure that’s what brought this movie to India. A lot of Indians wanted to Shinkai’s film to be released in India. So, VKAAOO finally aided the cause of thousands of Indians and got the movie to India. There is a list of places where the movie is going to been released. So, I’m going mention the cities where the movie will be released. Here is the list—
Mumbai
Kolkata
Delhi
Pune
Chennai
Bangalore
Hyderabad
Noida
Ranchi
Surat
Nashik
Bhopal
Jaipur
Indore
Raipur
Kochi
Gurgaon
Nagpur
Lucknow
Kolhapur
Vadodara
Allahabad
Kota
Bhubhaneshwar
Ahmedabad. 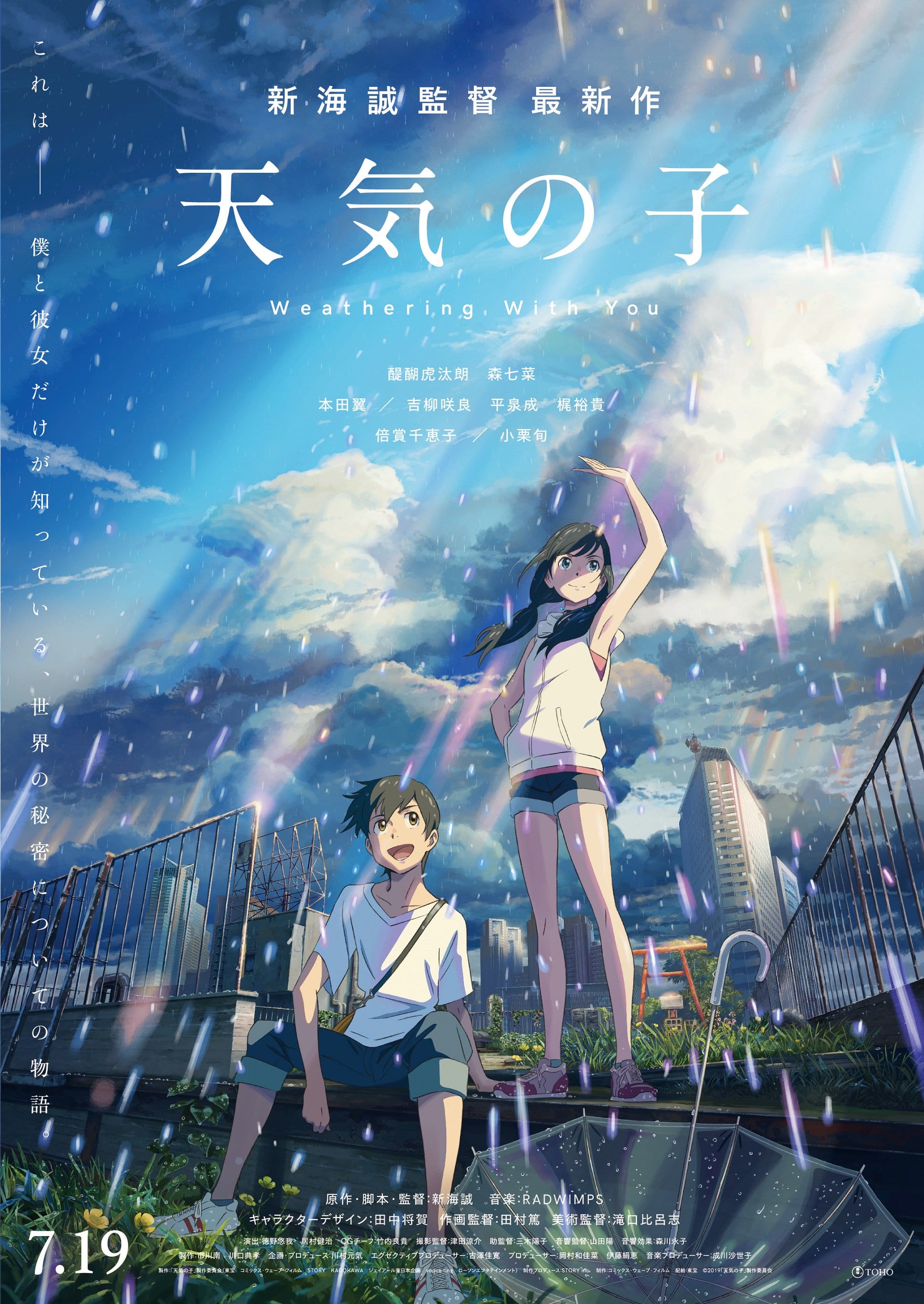 The movie is going to be released in the above-mentioned Indian cities on October 11, 2019. So, don’t forget to mark these dates. Also, Weathering With You will be releasing in Japanese audio with English subtitles.

Synopsis—
The movie follows Hodaka Morishima, who is a high school freshman but, he leaves his home on an isolated island and moves to Tokyo. But, he immediately becomes broke. He lives his days in isolation but, he finally gets a job as a writer in an occult magazine. After he starts working, the weather gets rainier with each passing day. One day, Hodoka meets a young girl named Hina Amano. Due to certain circumstances, Hina and her younger brother live together, but have a cheerful and sturdy life. This cheerful and strong­willed girl possesses a strange and wonderful ability and that is the power to stop the rain and clear the sky.