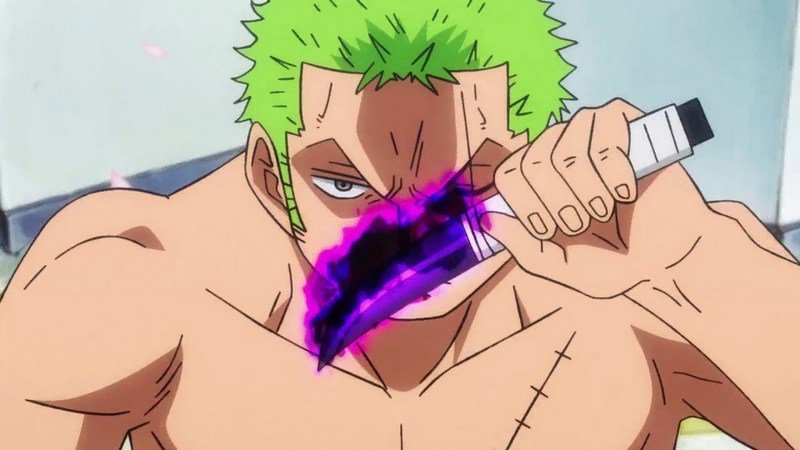 Things are starting to heat up as Big Mom joined the war in the last chapter of One Piece. We also learned a revelation from Yamato, and how Momonosuke will bring about the dawn of the world. In One Piece Chapter 997 spoilers, we found at that the big fights would have to take a break. The next chapter would be about some of the most beloved Strawhat members: Zoro and Chopper.

According to the latest One Piece chapter 997 spoilers, the chapter will start with Sanji being caught by Black Maria, who is one of the Tobiroppo. It seems like we’re not seeing him more on the next chapters. Meanwhile, Luffy is finally near the fourth floor. It seems like his fight with Kaido (if there will be one) is about to unfold.

Meanwhile, Zoro will be having a blast in the next chapter, as his battle with Scratchmen Apoo is finally coming to an end. One Piece chapter 997 spoilers revealed that after seeing Kiku’s severed arm, Zoro will get enraged and defeat Apoo to get the antidote. Once the battle is one, Chopper will be able to make an antidote for everyone.

Because of this revelation, Queen decided to attack Chopper, but Zoro is protecting him. Just as when that happened, a very huge earthquake happened. Just in time, Marco joined Zoro and Robin. It seems like Chopper and Marco and work out something against Queen’s deadly virus.

Meanwhile, it seems like Kaido is covering the whole island of Onigashima. Yamato also noticed this and mentioned something about the dragon flame that can make the island rumble. With the appearance of Big Mom in the scene, is there any other way to defeat her and Kaido? Will there be other Yonko that will appear in Wano? We will know in the next chapters, so stay tuned for more updates on One Piece.