“We absolutely cannot allow the demon king to be released into this world”. Black Clover’s previous chapter showed how the manifestation of Lucifero is going to be the biggest problem ever faced by the mages of the clover kingdom. The Ace Of Lucifero, Gravity magic is now impacting mages in a much bigger radius as the demon is manifesting as it unites by one of the Qliphoth. And the result would be devasting until or unless our hero somehow manage to rescue Yami and Vengeance. As we all know that they both are playing a crucial role in this process of opening the portal of the demon realm, in short, it seems impossible so far for the mages to open the gate of the demon realm without Yami and Vengeance. Now, it seems like the only part our heroes have to fulfill is to rescue both of them, but how? The manifestation is overwhelming the mages with Gravity magic. But the end of the chapter revealed a ray of light in this scenario of pure darkness which is going to reveal in Black Clover Chapter 316.

Asta is the only hope??

“It will be okay. Isn’t that right, Asta!!, Use that sword to shine the light of the hope in Darkness!!!”. As we already mentioned above that the chapter ended with hope, and that hope was- Asta. The recent chapter of Black Clover ended with pulling out Yami’s Katana aka Demon-Slasher Katana from out of his 5 clover grimoire. And just Yami, he took the Stance as it seems like he is going for the final blow against the Lucifero. 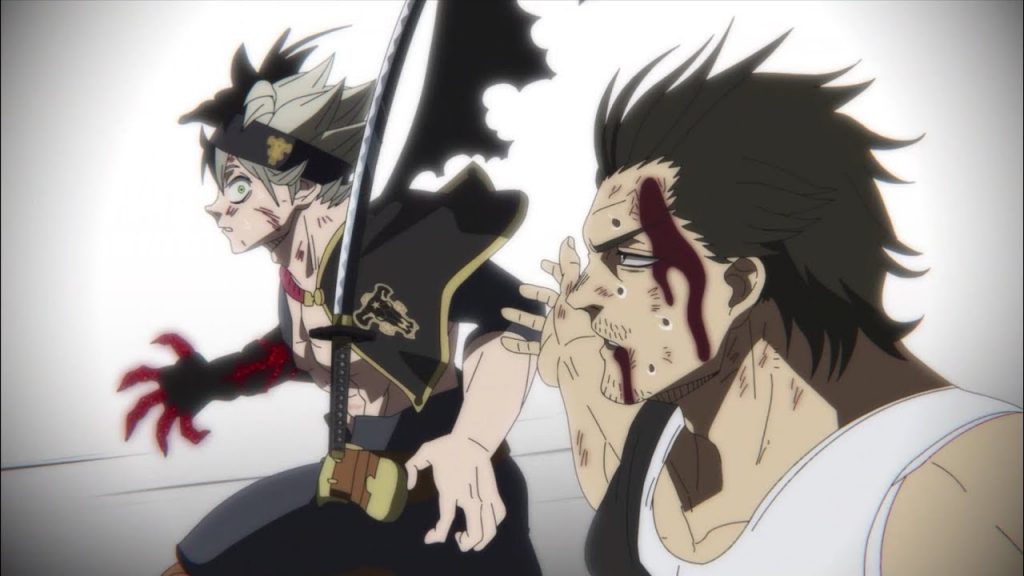 It was all clear from the beginning that Asta is going to make the final blow, but is that? Let’s not forget Yuki Tabata’s ability to do something unexpected out of expected. As per the analysis, this is not the end of this arc. It seems like something shocking is yet to happen in the upcoming chapter- Black Clover chapter 316. We might lose one of the major characters from the series, maybe Yami or Vengeance for the character development of both Asta and Yuno. But one part is clear, the upcoming chapter is going to be a major part of this arc.