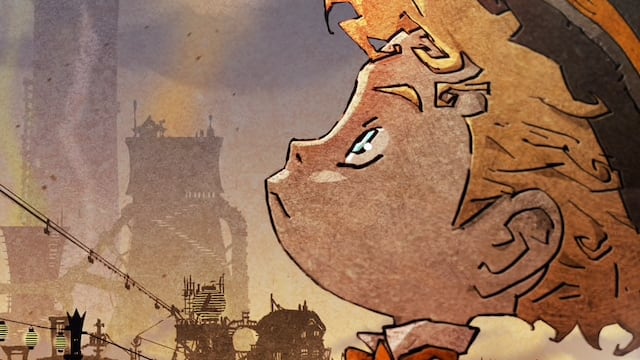 Studio 4°C is currently working on an anime film adaptation of famous Japanese comedian Akihito Nishino’s Poupelle of Chimney Town, a children’s picture book. The film was slated to open this year, but the update was postponed to December 2020.

Nishino himself was listed as the film’s director previously, but now Yusuke Hirota has been named as the director. Nishino will still work as a production supervisor, original creator and writer for the film. The character designs will be provided by Atsuko Fukushima. An image visual was also released on its website.

The film will include elements and new characters that were not present in the picture book. Nishino said that this would allow both who have read the book as well as people who haven’t to enjoy the film.

The book is set in a town isolated from the outside world, surrounded by a 4,000-meter tall cliff. The town, which is full of chimneys, has smoke everywhere, and the entire town is engulfed in black smoke. A deliveryman chokes on the smoke and drops a heart he was supposed to deliver. With all the smoke around, the visibility was terrible, and the deliveryman gave up his search and ran off into the night, leaving the heart in the corner of the chimney town.

The book is available with an English translation on Nishino’s Line blog. Poupelle of Chimney Town was published in October 2016 and has sold over 420,000 copies so far. After a successful crowdfunding effort, a total of thirty-three illustrators and creators worked on the book with Nishino.

Studio 4°C is known for its great visuals, as they have proven that they are good in that department (Children of the Sea), and we’re looking forward to the release of the film.