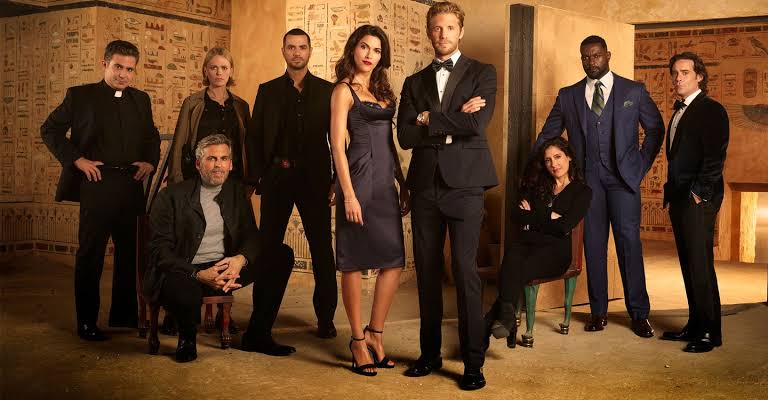 Blood and Treasure is an Action-Adventure drama series earning the title of number one series to be telecasted on CBS entertainment. Possessing the uniquely new scripted status, the series promises fun and escapist adventure with a pinch of mirth and laughter. It has proven to be a great performer for the creators, attracting nearly 5.71M viewers and is filmed in multiple locations across the globe. The series, which was first premiered on 21st May 2019, is a wonderful addition to the summer schedule, adding the heat of action and warmth of comedy in one whole complete package. The star attraction of the series is the FBI agent (Retired) and Art Theif combo.

What is in Blood and Treasure Season 2 Storyline?

The series narrates the story of two characters of contrasting backgrounds- Danny McNamara, who is an antique expert and, more importantly, a Former FBI agent, plus Lexi Vaziri, an art thief. The duo, having formed an epic team, tries to track down criminals and terrorists using stolen artifacts, treasure, and precious art to fund terrorist activities. They travel across the globe, aiming to curb Crime Inc., only to find themselves at the epicenter of the 2000-year-old fight to save civilization.

The setting of Season 2 is surreptitiously leaked in media to build hype and attract anticipation. Season 2 may be based on various exotic locations in Russia and South-East Asia. Still, the detailed script of Season 2 is locked up in secret chambers for the official announcement by the creators. And in the end, everything has its perfect place and time!

Who is in Blood and Treasure Season 2 Cast?

When is Blood and Treasure Season 2 update?

Season 1 premiered in late May last year, 21st May, to be precise. The season comprised of 11 episodes, but even before the premiere of Season 1, the creators have the green flag for the second season. From what we know, the second season of Blood and Treasure will be released in mid-2020.