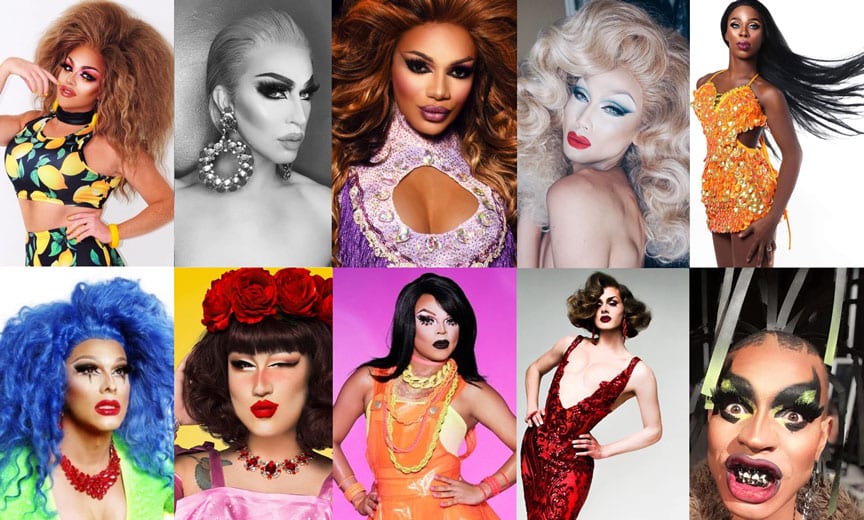 RuPaul’s Drag Race as the name suggests is a reality TV show that runs on Logo TV. RuPaul’s Drag Race is produced by World of Wonder for Logo TV. RuPaul’s premise revolves around his search for America’s next drag superstar, and the show structure is built around the same. There’s cut-throat competition between contestants on the show as they compete for the title with RuPaul acting as their host, mentor, and head judge. But he isn’t the only judging but is supported by a team of forest judges such as Ross Mathews, Michelle Visage, and Carson Kressley, etc.

So in the show, we have a title sequence combined with a song “Drag Race” with both have a drag-racing theme. The shoe has lasted for ten successful seasons and Season 11 has been confirmed already. RuPaul’s airs in many countries such as Australia, Canada, UK, The Netherlands, and Israel. Besides being a commercial hit, it is one of the most coveted shows as it has earned Emmy’s thrice in a row for the category of Outstanding Host for a Reality or Reality-Competition Program. And in 2018 Emmy’s, it was awarded Prime Time Emmy Award for Outstanding-Reality Competition Programme, thereby making it one of the most coveted TV shows.

Season 10 of RuPaul’s Drag Race began on March 22, 2018, and stretched till June 28, 2018. The previous year, in 2018, VH1 renewed the series for 11th installment, and RuPaul announced via his Twitter account. Casting calls were made soon after. The latest grapevine says that about fifteen to fourteen Queens will compete for the crown this 11th season.

Filming for Season 11 began in May 2018. The update remains unannounced as of now. RuPaul’s Drag Race Season 11 is scheduled to air in the first half of 2019. The promos for 11th installment are rumored to be released during “All-Stars 4,” and it will follow the same format as Season 10. More as we have it.