20 Facts About “The Seven Deadly Sins” You Should Know

The Seven Deadly Sins is another highly-rated anime series with a huge fan-base around the world for its enormous variety of characters and impressive plot. Written and illustrated by Nakaba Suzuki, the manga was adapted into a series in 2014 and is currently in its fourth season. The anime is heavily applauded and is referred to as an art regarding the interesting storyline. Despite having a slow start in the very first season of the series, the series picked up the pace in the later second half of season 1. The 2014 edition of Kono Manga ga Sugoi! Named the manga as the fifth-best manga series for the male reader. In October of 2017, Netflix revealed that The Seven Deadly Sins was the fourth most binge-watched within the 24 hours of its arrival.

The Seven Deadly Sins follows the story of Meliodas and his titular band of knights who were disbanded after they were framed for plotting against the kingdom. Ten years later, Elizabeth, the 107th incarnation of goddess Elizabeth and third princess of Liones Kingdom, finds The Seven Deadly Sins and help them clear their name as the holy knights are on the verge of releasing a deadly demon race from the prison. With an enormous number of characters, there are some things that you might have or might not remember, so here we are breaking down some concrete facts about The Seven Deadly Sins. 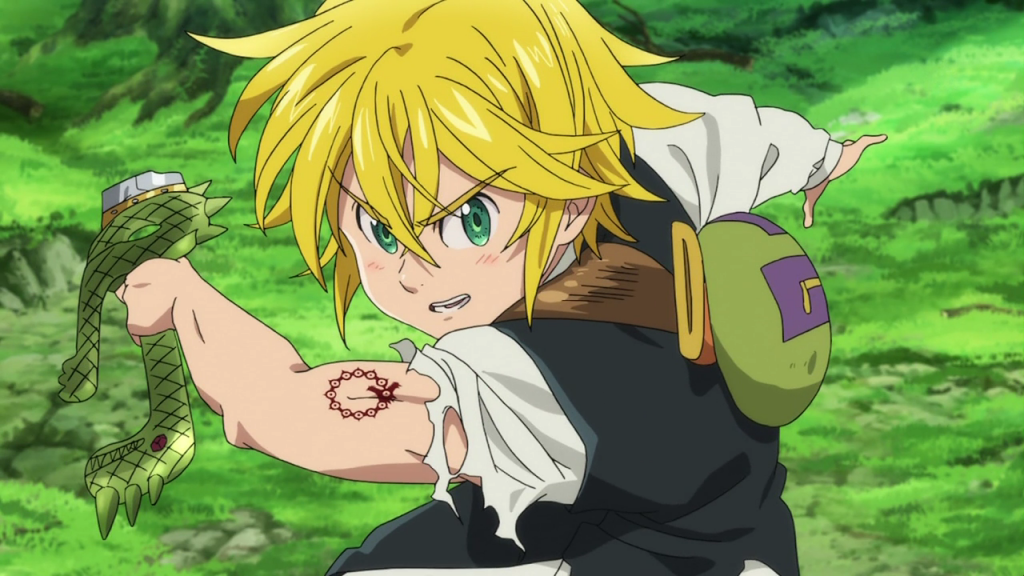 Meliodas, The Captain Of The titular heroes and former captain of the Ten Commandments, despite living for 3000 years, has actually never wielded a real sword for a fight. Reason? It’s believed that he is far more powerful than what he looks like and has showcased so far. This has led to him come out without sustaining any injuries with all his opponents so far.

19. Ban Went For Five Years Without Eating Or Moving

It’s been widely speculated that when Holy Knights captured Ban and put them up in prison for plotting to overthrow the kingdom, Ban decided to go for rather harsh matters.  It’s been said Ban went for almost five years without eating. He didn’t move from his place at all and didn’t even see the light of the day. 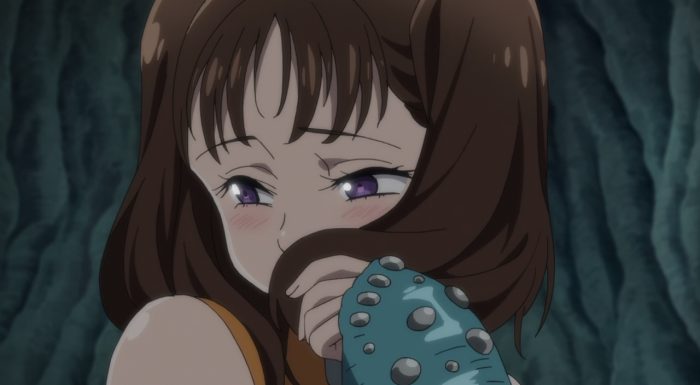 It’s been said that way back before Diane met King as a kid, she has been lonely for most of her life and was always looking to make friends. As a kid, she made golems out of the stones to compensate for the fact that she doesn’t have friends to talk to somebody.

17. Meliodas Is The Only Oldest Demon 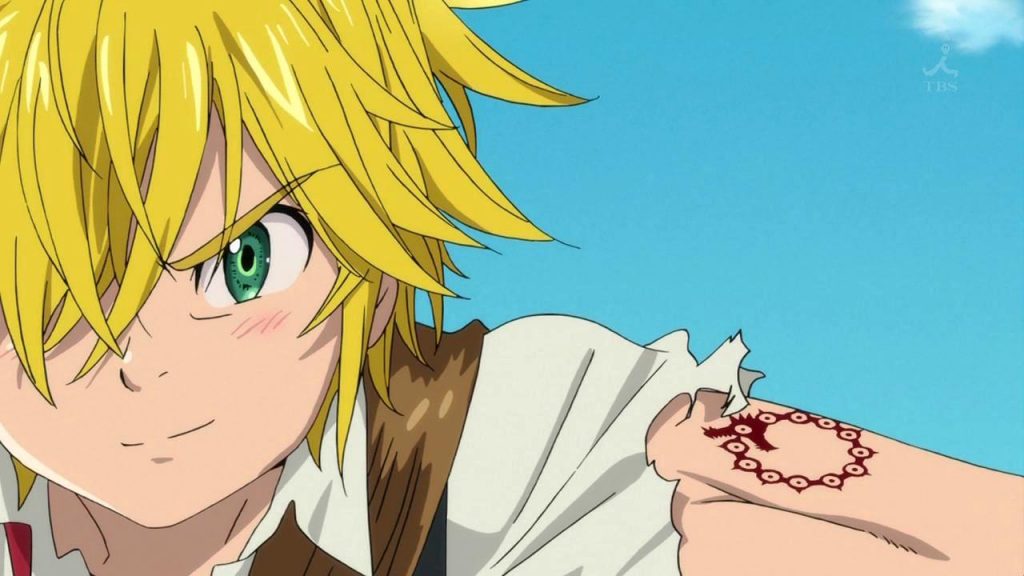 According to the series, it’s revealed that demons carry only 1000 years of lifespan, but Meliodas being a demon, is 3000 years old. The reason behind Meliodas living this long is the curse he carries that has prevented him from dying for years. 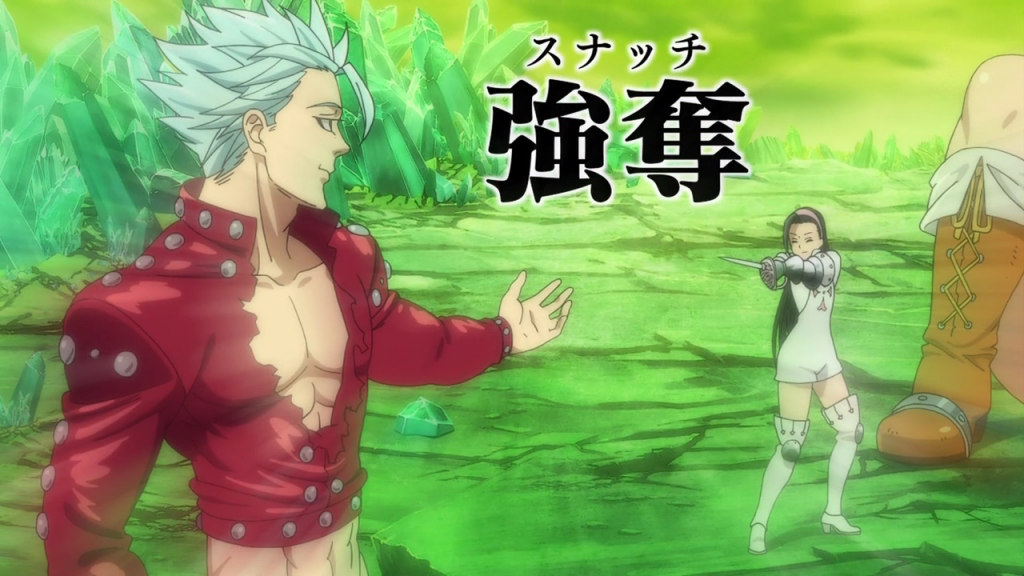 Ban has the special ability to snatch. This ability indeed helps Ban steal away his opponents’ abilities, whether it’s their energy or objects as in weapons. The biggest irony of this ability is that once Ban himself had his own sacred treasure stolen. 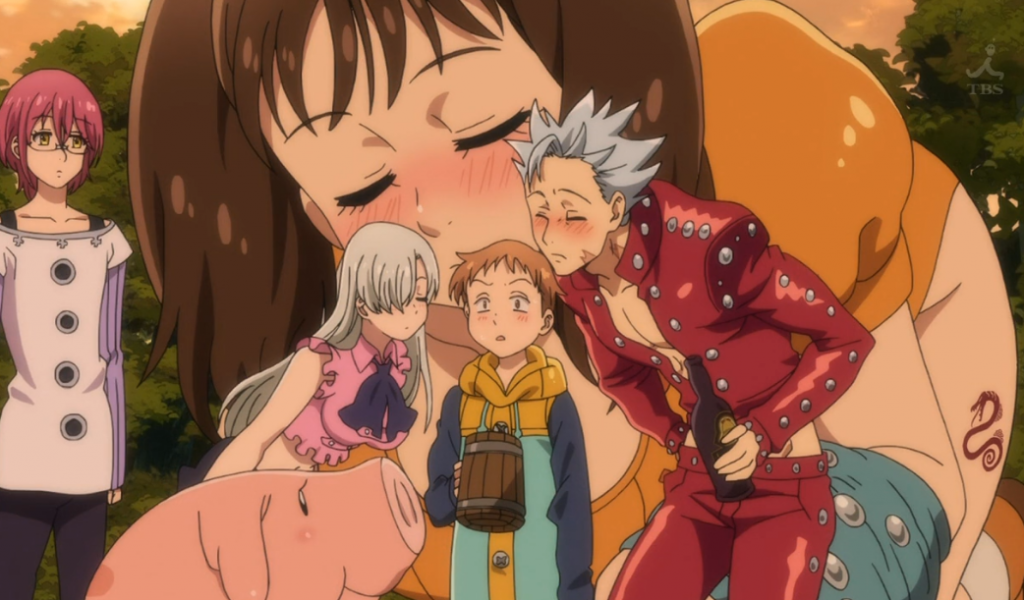 It’s been showcased that whenever King is in his adolescent form, he always smells nostalgic. On occasion, Ban has claimed that the smell is sweet only until King turns back to his original self. Whenever the King turns back, he starts to smell sour but still doesn’t lose the nostalgic essence.

14. Dianne Hasn’t Recovered Her Glove Yet 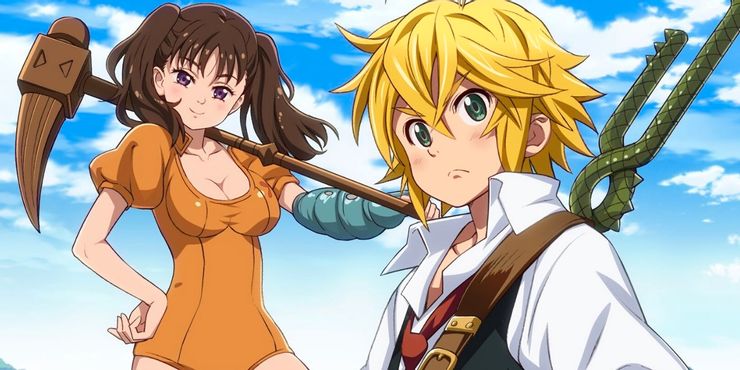 When we first met Dianne, you might have noticed that she had two gloves on. But when she threw Gill Thunder far away, the second glove was destroyed in the process, leaving her with just one glove. Through the series since then, she has adored the same glove and hasn’t switched to a new one yet. 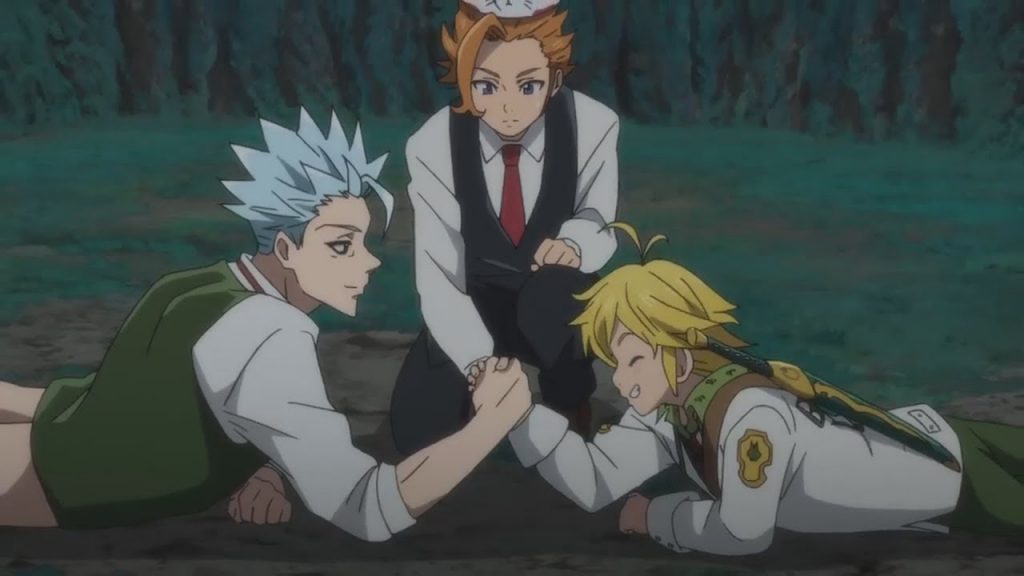 Meliodas and Ban, since the time they met and became friends, have arm wrestled each other for an amount of 720 times, with one of them winning 361 times. They both believe they are the winner, always resulting in the argument. Recent manga chapters have seen Ban stating that they both have an equal five to five until he destroys Meliodas in their latest arm-wrestling match, becoming the new champion.

12. The Fairy King Is Chosen By A Sacred Tree In The Realm Of Fairies 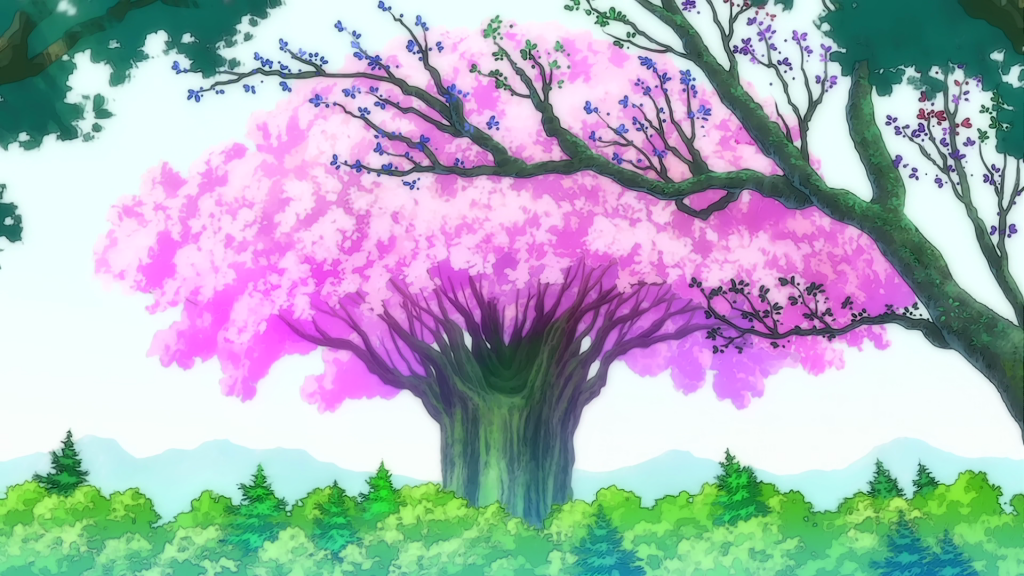 The series reveals that a fairy king is chosen by a sacred tree in the realm of fairies rather than the fairies themselves. The very first fairy king was Gloxinia. The second fairy king has been mentioned a very few times, named Dahlia. The King is the third fairy king according to Meliodas and indeed the last one so far.

11. Diane’s Sin Aligns With Her Perfectly 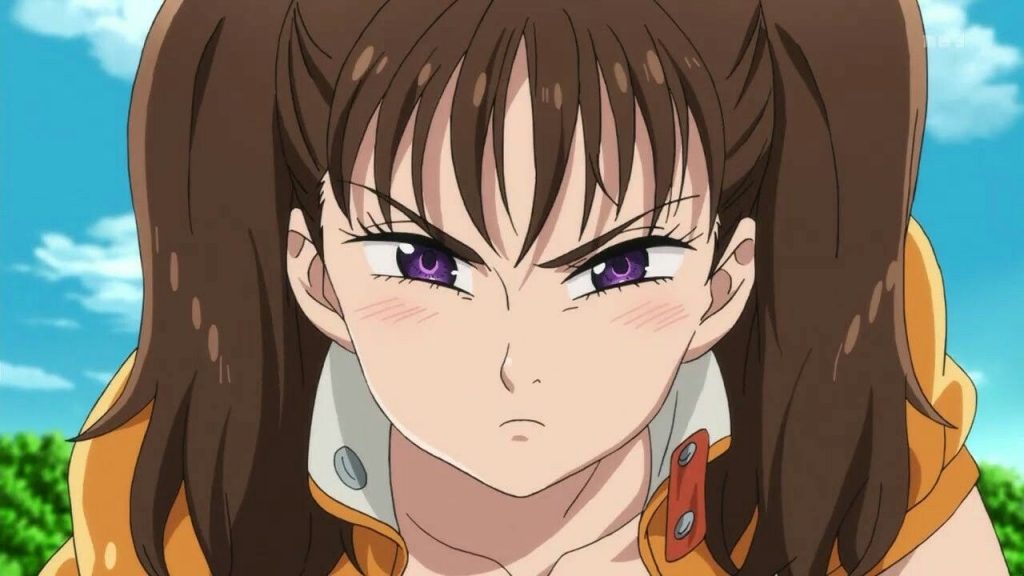 From all the Seven Deadly Sins, Diane is the one who is considered the serpent sin of envy. Her sin aligns with her character representation very well. Especially with the feelings she has for the relationship she sees between Meliodas and  Elizabeth, the third princess of the Kingdom of Liones. 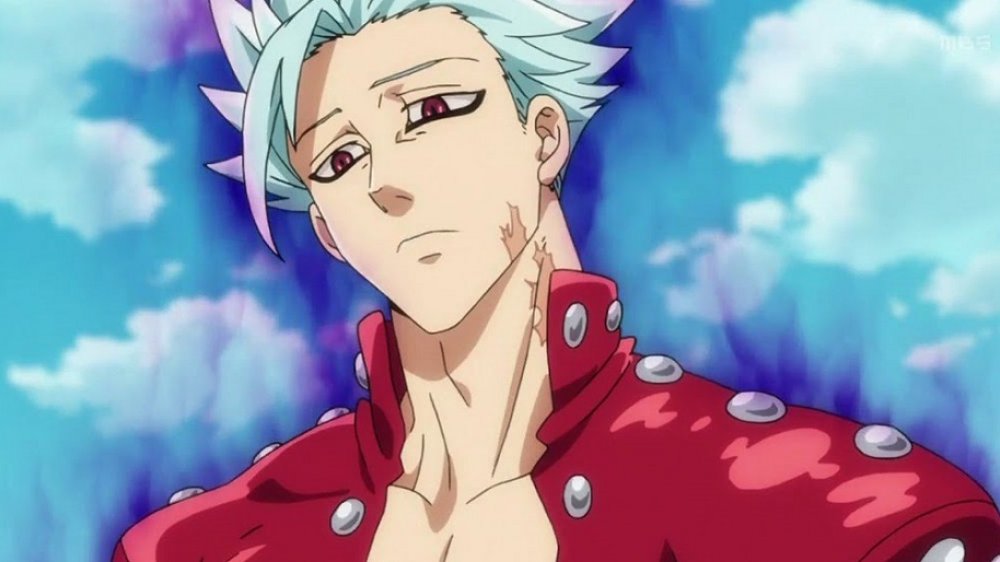 According to the manga, the one way anyone can kill an immortal like Ban is if he or she can steal his soul. The fountain of youth that Ban takes a sip of occasionally grants him immortality. So this leaves zeros chances when it comes to killing him. But that’s not always the case. It’s been revealed that the fountain of youth only affects an individual’s body; thus, stealing a soul can only work in this case. 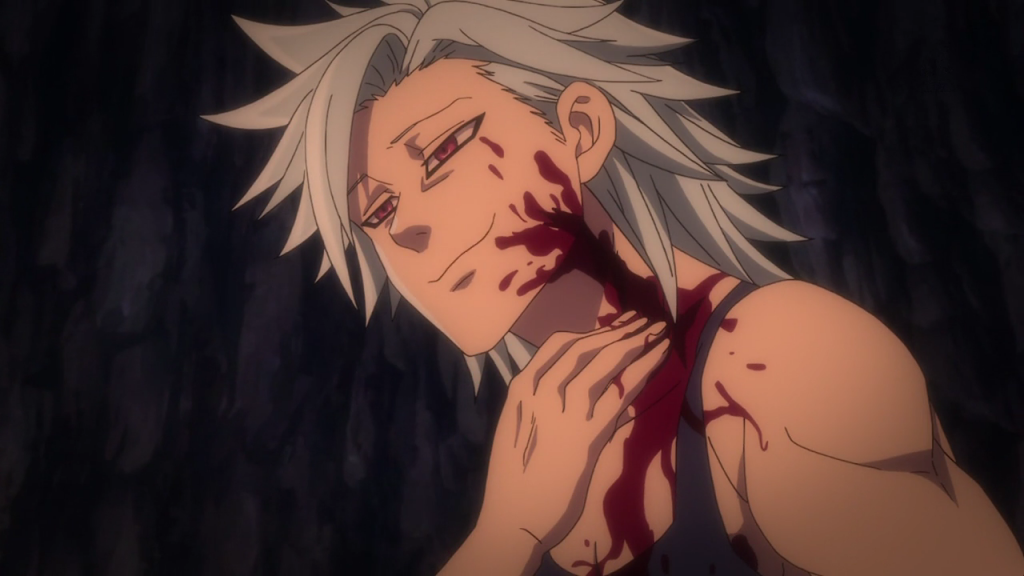 Ban, the immortal human from the Seven Deadly Sins, is known to have healed as quickly as possible. But a scar on his neck tells a completely different story. It’s been said that the scar around Ban’s neck was given by Meliodas a long way back, which didn’t seem to be headed back as quickly it usually does, proving how strong Meliodas indeed is.

8. Each Seven Deadly Sin Member Has To Follow Seven Laws 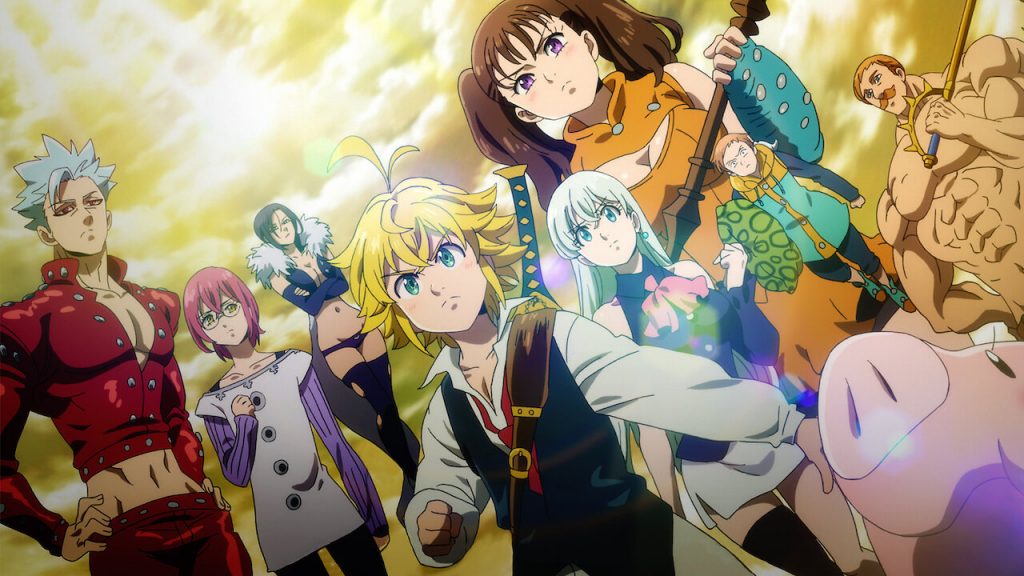 In the series, it’s been revealed that every member of the Seven Deadly Sins is bound to follow Seven Laws. So far, we have only met with 4 laws, which include the:

7. King’s Weapon Can Be Used As A Pillow 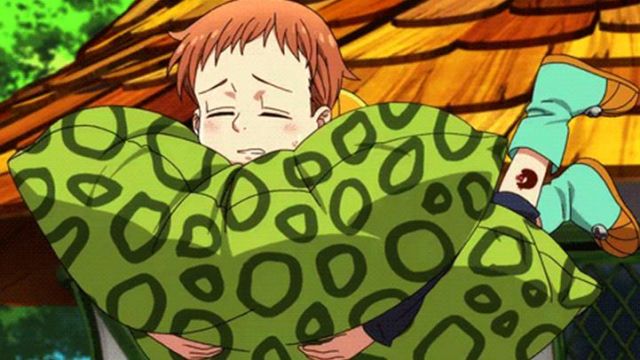 King’s very own weapon, Spirit Spear Chastiefol, consists of seven forms. One of the forms includes transforming into a pillow, which is made from a secret tree that is only found in the realm of fairies. The same pillow has a second form of its own, which turns the weapon into a guardian that shapes itself and, to fight, replenishes all the attacks.

6. Hawk Originally Didn’t Have Any Abilities 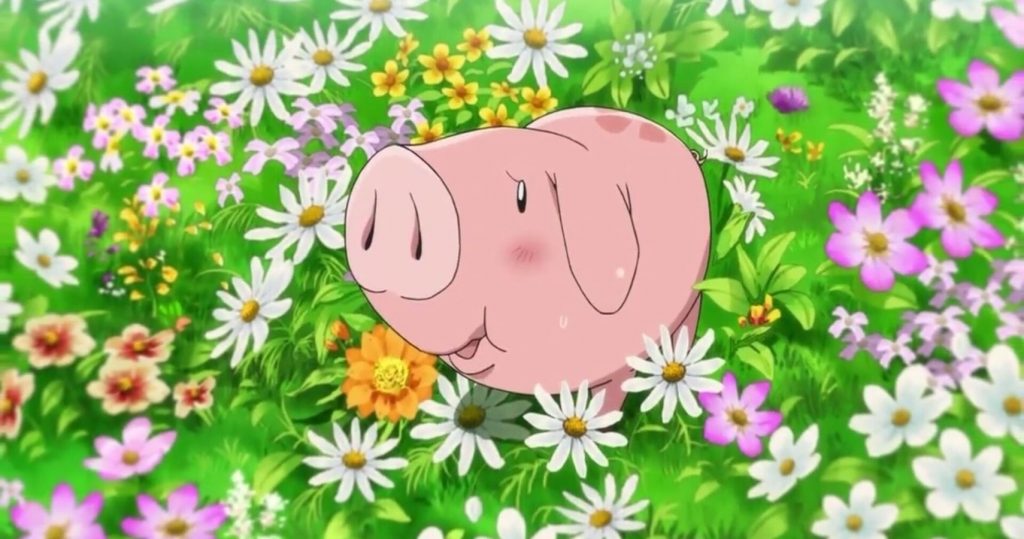 It’s been revealed by Nakaba Suzuki, the creator of The Seven Deadly Sins, that he originally didn’t intend to give Hawk any magic powers or abilities. The only ability that Hawk was sporting was to eat ten times more of the leftovers than he currently does and make leftovers float. But, later on in the manga, Hawk does gain the abilities of transport based on whatever he ate.

5. None Of The Seven Deadly Sins Are From Same Race 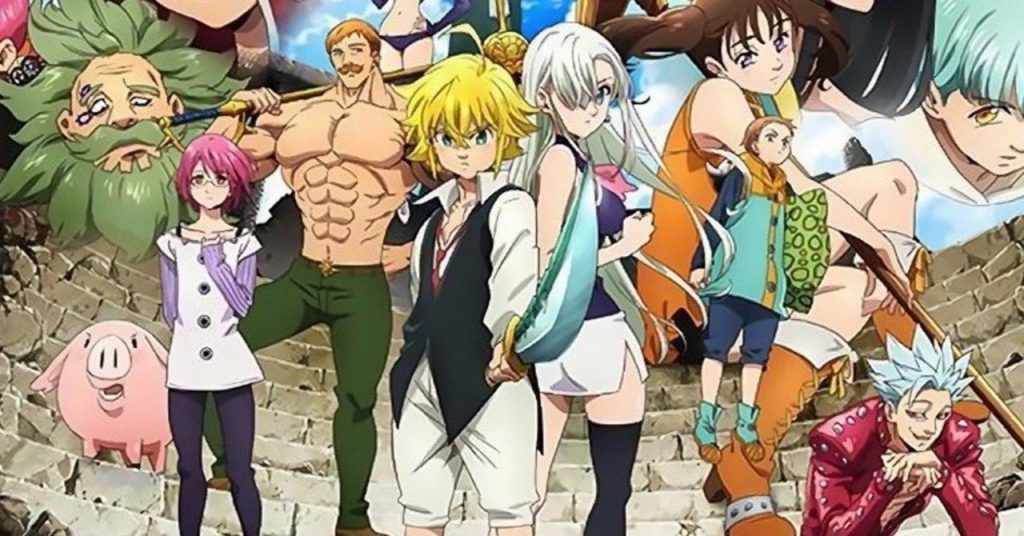 Every member of the Seven Deadly Sins so far belongs to a completely different race. Starting with Meliodas, he is a demon; Ban was formally human until he drank the fountain water for immortality. Diane is a giant; King is a fairy, Gowther is a doll, while Merlin’s Race has been kept under wraps. Escanor’s arrival added two humans into the Seven Deadly Sins. 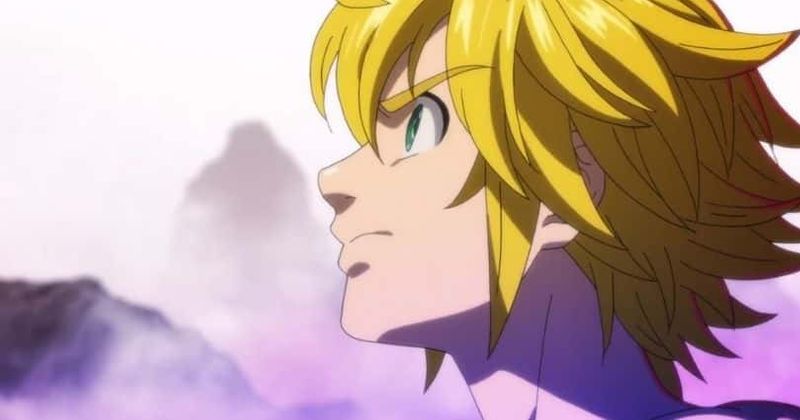 Meliodas uses a technique called “Revenge Counter,” which is considered the strongest technique from his set. To perform this technique, Meliodas turns all his energy levels down and takes the opponent’s damage to fill up his own energy, and releases it all at once. The technique is hazardous, and one single bad move could lead to the fatality of the person performing it.

3. The Seven Deadly Knights Were The Highest Ranking Holy Knights 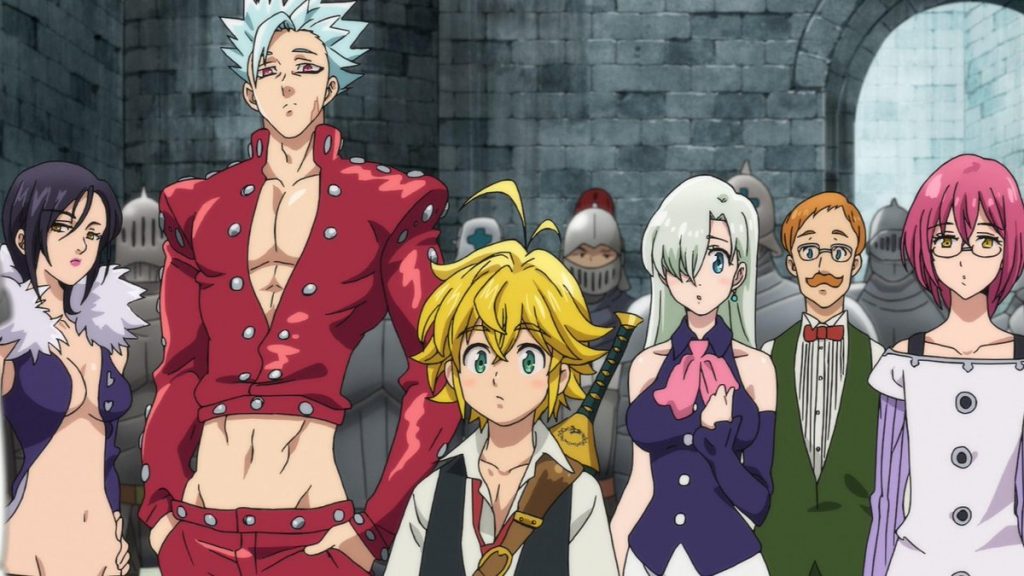 Way back before The Seven Deadly Knights were framed with the throwing off the kingdom, it revealed that they were holding the Diamon Rank position, which is considered the highest among the Holy Knights ranking. The highest to lowest ranking goes like Diamond, Platinum, Sapphire, Ruby, Emerald, and Crystal.

Read More: Top 10 Most Hated Anime Characters In The History Of Anime And Manga

2. Elizabeth Being A Goddess Can Die Naturally 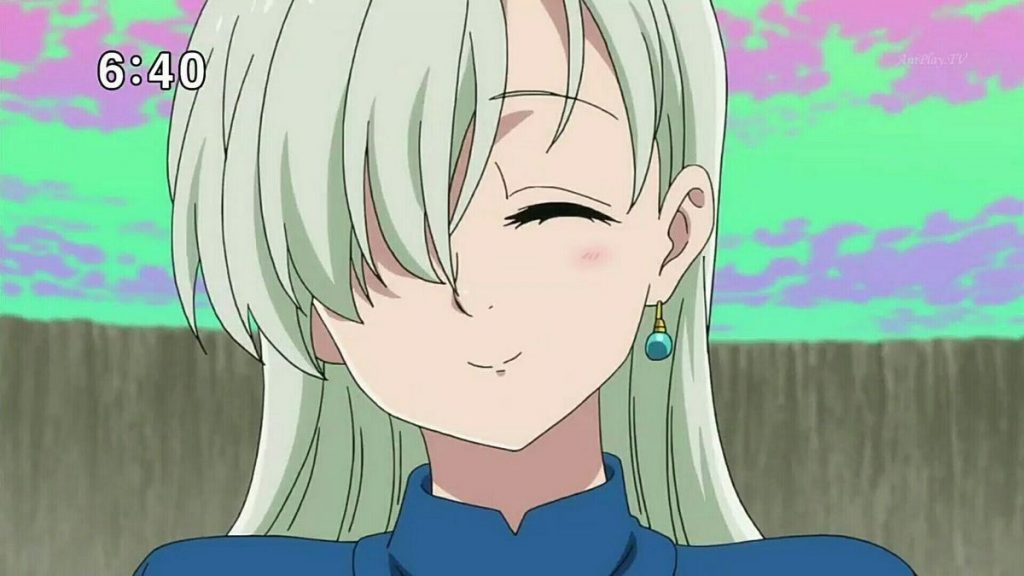 As of now, we know that Elizabeth is the 107th incarnation of Goddess Elizabeth, and according to history, it’s been stated that she will die three days later when she gains memories from her previous incarnation. But it’s also been revealed that there have been instances where some of Elizabeth’s previous incarnations have died a natural death due to old age when they can’t remember their previous life. This reveals the reason why Meliodas is trying hard to keep Elizabeth’s previous life a secret.

1. Every Member Of Seven Deadly Sins Has A Sacred Treasure 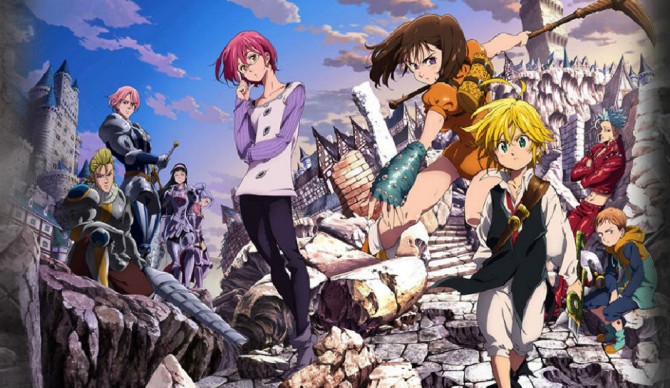 Sacred Treasure is an enormously powerful weapon that helps the Seven Deadly Sins members bring out the best of their potential. These weapons only work for the respective owners and are worth around 100,000 gold coins. Although Meliodas lost his treasure for 1000 gold coins, he got it back later in the series.

Read More: All The Upcoming E-Sports Asian Dramas That You Should Watch