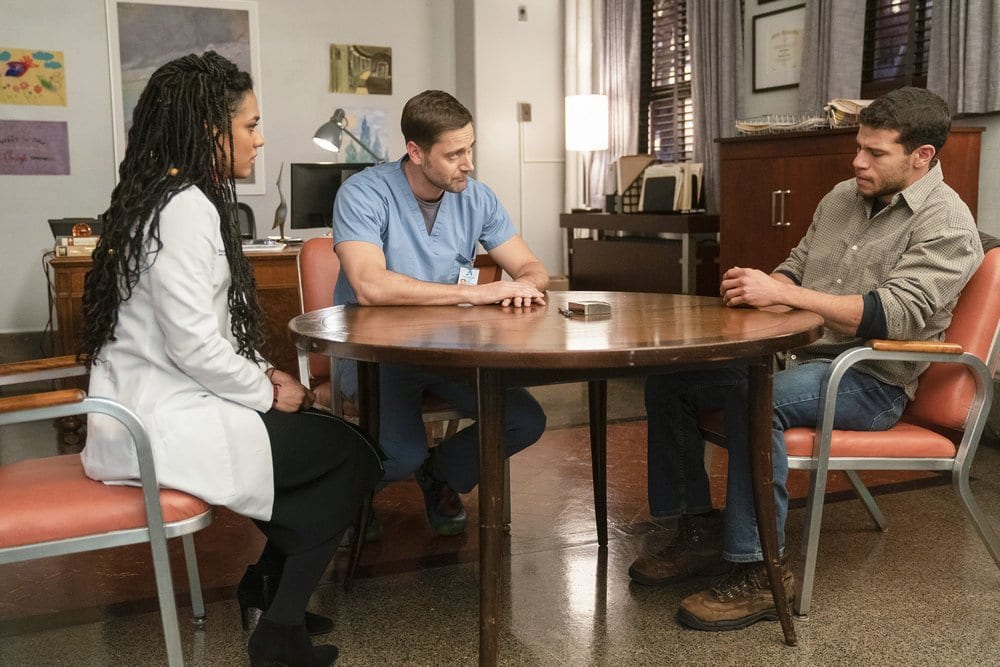 In this post, we are going to talk about New Amsterdam season 1 episode 15 update, where to watch, and spoilers. But before that, we would like to take a quick recap of what happened previously to stay in the loop. Henceforth, the following paragraph will contain spoilers from the previous episode. So, those who have not watched it should skip it to avoid spoilers.

The last episode opened with a man jumping and trying to suicide, and then we were taken to hospital where Max was rushing after the doctor who replaced Lauren, who is on vacation! Then we got the suicide case, and it was brought by EMTs. The man landed on the chest and had severe injuries, of course. Max was helping them to treat him, and they got to know that he was a Marine named Alex. They later got to know that he was suffering from severe trauma and Alex tried to dig more data. Then they got to know that the dog tags were not of the man, as Alex Dimos was a girl. It shocked everyone, and then they called Alex to hand over her dog tags. The patient was named Mustafa, an Iraqi soldier. So, let’s talk more about the upcoming episode ahead!

The show can also be watched online using the NBC app, where viewers need to enter their cable TV subscription details to log in. Additionally, there are several online streaming service providers such as Roku, Sling, DirecTV Now where viewers can stream New Amsterdam by watching NBC channel at the mentioned time. The following paragraph will contain spoilers from the next episode!

The next episode will feature Max making a good repo with the patients getting chemotherapy from him, during the talks he would be facing a harsh reality of his life. On the other side, Reynolds will have a problem while dealing with a personal problem related to a patient’s family. Also, Iggy will be struggling to accept a realization for her daughter. Take a look at the trailer of the next episode!