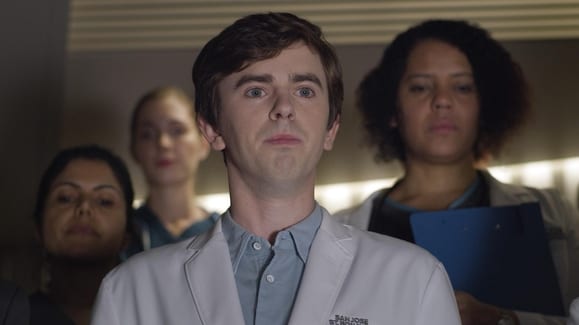 In this post, we are going to talk about The Good Doctor season 2 episode 18 where to watch, and spoilers. But before that, we would be taking a brief recap of the previous episode to better understand what is waiting for us in the next episode. Hence, the following paragraph will contain spoilers from the previous episode. Those who have missed it should skip the next paragraph to avoid spoilers.

Well, the penultimate episode of the second season actually had some emotional moments, and it was a very tough time for Shaun. Shaun has been struggling to find a room for himself at the hospital as Han is not letting him get into surgeries. In the last episode, he was seen repeating the same line, “I am a surgeon,” and Han threatened him that his behavior can lead to severe consequences. Then he broke down at the locker room and Claire witnessed everything. Shaun could barely handle himself, and I could literally feel the pain he might be bearing. Now, let’s talk more about the next episode ahead!

The show is now seventeen episodes deep into the second season, and the finale episode is supposed to drop this week. The eighteenth episode of The Good Doctor season 2 is projected to release on 11 March 2019. The show is broadcasted on the ABC channel at 10 PM every Monday. The next episode is titled ‘Trampoline.’

The show can be also streamed online on the ABC app, where all the ABC shows are available to be watched online by entering cable TV subscription details to log in. Moreover, there are several online platforms such as Hulu, Roku, Sling where viewers can watch ABC channel online at the mentioned time to watch The Good Doctor. The following paragraph will consist of spoilers from the next episode!

The next episode will bring more troubles for Shaun as he’s supposed to engage in a barroom fight and will need treatment due to the injuries. Thus, he will again visit St. Bonaventure to get treatment. I hope things will change in the next episode and we will not be left with a huge cliffhanger! On the other side, Dr. Neil and Dr. Lim are going to make their relationship public. Take a look at the trailer of the next episode!