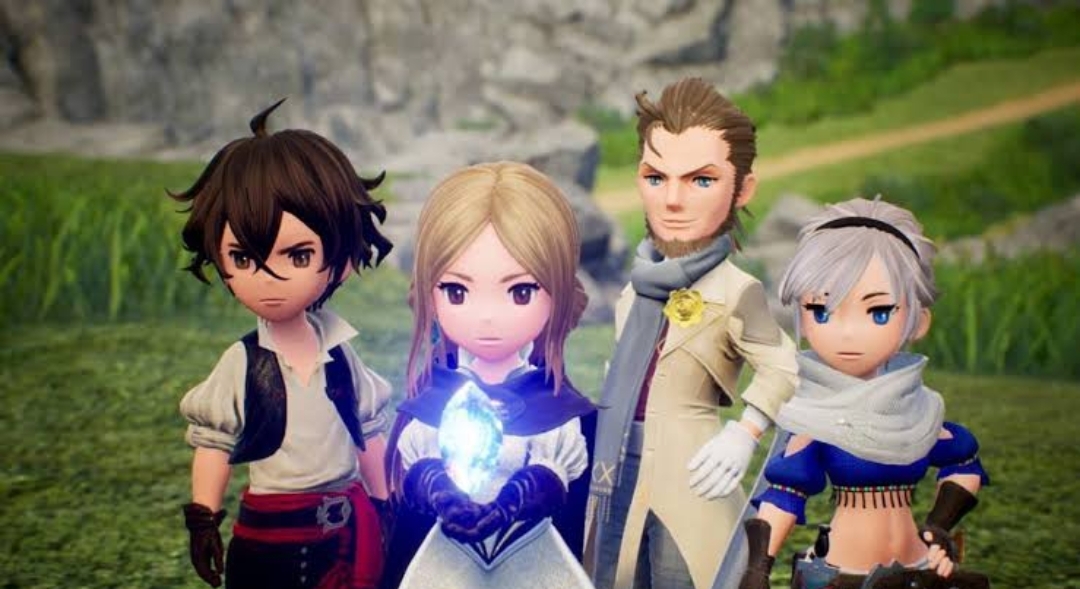 The Final Fantasy game franchise has made a name for itself out there and also made Japanese role-playing games very popular. Inspired by it, many other games began to come on the surface. Bravely Default is one of the most successful works on Nintendo 3DS exclusive. It is also regarded as the successor to Final Fantasy 4: The 4 Heroes of Light. Bravely Default is a unique game when it comes to the gameplay. It also comes with its original story. The game was followed by Bravely Second End Layer in 2015. Now fans are asking for a third installment which is named Bravely Default 2.

The game comes with an aesthetic style and Square Enix has also supported Nintendo Switch which is going to make this game very exclusive. The game was announced at The Game Awards in 2019 and detail was given out only in March 2020.

What is the plot and gameplay of Bravely Default?

The previous games of the franchise were role-playing games in a virtual world of Luxendarc where 4 elemental crystals maintain a balance. The Crystal Orthodoxy are responsible for protecting the crystals and they also possess great powers. As the story progresses, we come to know that the crystals are plunged into darkness. Agnes Oblige who is the vestal of one of the crystals sets out on a mission to bring the crystals back.

She is also joined by Tiz Error who’s villagers were left dead after a sudden event. The story is continued in the second sequel where we come to see that Agnes Oblige has become the Pope of one of the crystals. However, she is kidnapped by Kaiser Oblivion. Now, Yew Geneolgia awakens who is the leader of the crystal guard protectors. He, along with Tiz Arrior sets on a mission to rescue Agnes and find Kaiser.

The storyline and setting are going to be new in the new game Bravely Default 2. The game will revolve around a brave band of the Heroes of Light in a new world with a new set of characters. The good news is that the game is going to bring back the important features and core gameplay mechanics from the last games. Players will be able to explore the world and the various areas along with its dungeons. They will also get to use features like fast travel.

The game will bring with itself, many evil enemies and friendly non-playable characters too. Talking about combat, it is going to be a turn-based system with a number of actions that can be performed. The winning rule is simple, that we have to reduce the opponent’s health to zero. Magic Points are available as the third currency. The most anticipated job system is also returning. The actual gameplay footage is not available but the trailer shows the upgrade in aesthetics.

The game will be coming with its beautiful backgrounds and the entire world is open to be explored. Squire Enix has also released a demo for the players and we are allowed to download it from eShop. The developers want our feedback on this as well.

Who are the developers of Bravely Default 2?

Bravely Default 2 has been developed by Claytech Works which is a Japanese video game development studio and produced by Team Asano. Many people who had worked on the previous versions have also returned to work on the current game now such as producer Tomoya Asano and music composer Revo.

When is Bravely Default 2 update?

Bravely Default 2 will be released sometime in 2020. The update for Bravely Default 2 has not been out yet. The game will be available to be played on Nintendo Switch exclusively. The trailer of the game can be found below.

The game has gotten very popular for its theme that is self-reliance and that we should follow our own heart and mind and not others. The title suggests, Bravely for courage and Default for denial. The title reveals enough about the motive of the game. Talking about the reception, the previous part of the game got lots of positive reviews for its story. Edge Magazine had mentioned the story to be rich and detailed. The twists and turns are very enjoyable as well. The darker elements were undermined due to the good writing quality. The dialogue was praised highly and was referred to as excessively wordy. The late-game developments had played a major role in improving the overall experience of the game.

Many critics like Simon Parkin said that the story was quite unusual. Gamespot was a bit negative in its opinion about the game and said that the game was not able to have a good first impression. David Evans from IGN talked about the characters and said that they were quite strong even though the story had some trouble with its pace at some points. Many critics specially referred to the uniqueness of the story in the particular genre. Chandra Nair from Official Nintendo Magazine praised the plot highly and said that it was just too impressive. The Edge reviewer said that the gameplay was bloated but still loved the game due to its mechanics. Some players also mentioned a small negative element that is, the social element that can be improved in the next game. Although the social elements were not irritating, major improvements are expected.

The strategy and depth of the gameplay were praised too, a little criticism was received by the excess options that take too much of the time of the players in battles. The graphics and presentations had received mixed reviews but of course, we expect some more improvements in the next game. The reviews from the previous game give us an idea about the next game and we can expect some improvements in every sphere.