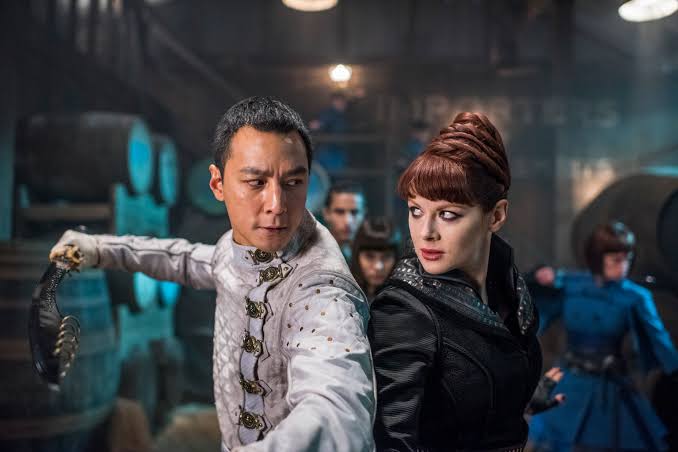 In this post, we are going to talk about Into The Badlands season 3 episode 16 update, where to watch, and spoilers. So, the series finale is around the corner, and it looks like it will feature the biggest war! The previous episode had a lot to say, and we will talk about it first, and then go on to discuss more the next episode.

So, the last episode featured two deaths. First was Nix who sacrificed herself to save The Widow. Then we were cut to Lydia’s funeral, where The Widow and others were present. Afterward, we saw Sunny and Bajie arriving and seeing Nix’s head, which devastated Sunny. They met Minerva and decided to fight together, although she advised fleeing. Gaius and Moon also wanted to fight back, and not to retreat. So, they decided to ally with Black Lotus, and Kannin also helped them to do so. Now, let’s talk more about the next episode ahead!

Also, the show can be watched on the AMC app and website, which needs you to log in with TV subscription details to gain access. Furthermore, there are several other online options such as Hulu, Sling, Roku, DirecTV Now where viewers can watch Into The Badlands by streaming AMC channel at the discussed time.

The next episode will be the last episode of the season and the last one of the show. The series finale will be all about the biggest war, where Pilgrim and others will face Sunny, The Widow, and their allies. We have already seen that Cressida saw the future in which Pilgrim vowed to kill her so that she might change sides. It would be interesting to see where the battles end.